For months, the leaders of the Christian Medical and Dental Associations (CMDA) have urged churches to social distance, wear masks and do their part to slow the spread of COVID-19. Yet the association of 20,000 evangelical health care professionals, says those guidelines have often gone unheeded.

“Despite these efforts, CMDA is saddened to learn not only that many churches have ignored our guidelines but that congregants have become infected with SARS-CoV-2 as a result of those decisions,” the organization said in a statement titled “A Plea to Our Churches,” released Friday.

The statement was written by C. Christopher Hook, a bio-ethicist at the Mayo Clinic, and Jeffrey J. Barrows, the CMDA’s senior vice president of bioethics and public policy.

The group is now calling on churches to stop meeting in person and to move their services online. Church members can still read the Bible, sing hymns and take part in online services from the safety of their homes.

“We believe the church is a major priority in our lives, but it should not become an idol by itself. Loving God with all our heart, mind and strength is our first priority, and it can be done with our families outside of church,” the statement reads.

Most Protestant churches moved their services online early on in the pandemic, according to a survey from LifeWay Research. An August report from Pew Research found that about a third of congregations of all faiths were closed, while just over half were open with restrictions. Few were operating the way they did before the pandemic.

Churches in California and Nevada have gone to court, claiming that restrictions on large group gatherings are unconstitutional. Megachurch pastor John MacArthur has urged churches to continue meeting in person, and his congregation, Grace Community Church (GCC), has continued to defy public health orders that ban large group meetings.

In early November, there were five confirmed cases of COVID at GCC. But last week, the church said public health officials had cleared GCC of an earlier COVID-19 outbreak and lifted all outbreak-related requirements and restrictions on the church.

The CMDA statement mentions government restrictions in passing. But it focuses on the duty that congregations have to love their neighbors.

“Choosing to put off gathering together as a church is a statement of love,” the statement reads. “Voluntarily choosing not to gather allows us to make a statement that is not overshadowed by a government restriction.”

The CMDA has also raised ethical concerns about COVID-19 vaccines, including those developed by Pfizer and Moderna, both of which may soon be available to the public. Those vaccines were developed using cells originally derived from an aborted fetus in the 1970s, according to the CMDA website.

The CMDA’s site links to an advocacy campaign for what it calls “ethical vaccines.”

“It is vitally important that in speeding toward a vaccine for use by all Americans that we ensure sound ethical parameters that will actually allow all Americans to use the vaccine,” reads a sample letter to federal officials. “Vaccines tainted with the use of cell lines from elective abortions cannot be used in good conscience by millions of life-honoring Americans, since the vaccine is produced through a cell line developed by the taking of human life.” 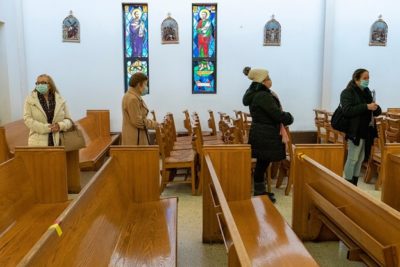 Faith is one way some people cope with crisis. But according to a new Pew Research survey of 14 countries, the coronavirus pandemic 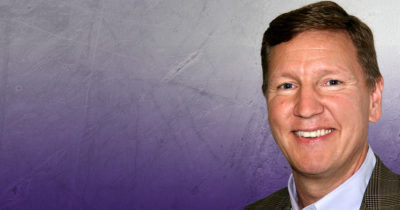 One Man’s Crusade to Clean Up the SBC

Show Transcript The Southern Baptist Convention (SBC) has been rocked by a sex abuse scandal, a federal lawsuit, and claims of self-dealing