As lead pastor of one of Missouri’s largest churches, Jeremy Johnson has heard all the reasons congregants don’t want to get the COVID-19 vaccination. He wants them to know it’s not only OK to do so but also is what he believes the Bible urges.

Across Missouri, hundreds of pastors, priests and other church leaders are reaching out to urge vaccinations in a state under siege from the delta variant. Health experts say the spread is due largely to low vaccination rates — Missouri lags about 10 percentage points behind the national average for people who have initiated shots.

Now, many churches in southwestern Missouri, like Johnson’s North Point Church, are hosting vaccination clinics. Meanwhile, more than 200 church leaders have signed onto a statement urging Christians to get vaccinated, and on Wednesday announced a follow-up public service campaign that will include paid advertisements.

“Vaccine hesitancy in our pews puts our congregations and communities at greater risk. Given their safety and availability, receiving a vaccine is an easy way of living out Jesus’s command to ‘love your neighbor as yourself,’” the statement reads, citing a verse in Mark, chapter 12.

Opposition to vaccination is especially strong among white evangelical Protestants, who make up more than one-third of Missouri’s residents, according to a 2019 report by Pew Research Center. A March poll conducted by The Associated Press and NORC Center for Public Affairs Research found that nationally, 40% of white evangelical Protestants said they were unlikely to get vaccinated, compared with 25% of all Americans.

Johnson, whose Springfield-based Assembly of God church has three campuses and will soon open a fourth, said the New Testament includes dozens of references urging people to serve one another — and getting vaccinated is a way to do that.

Addressing concerns of the faithful

Springfield, Missouri’s third-largest city with 167,000 residents, is home to the U.S. Assemblies of God national office and is in the heart of a deeply religious region. Mayor Ken McClure noted that when the pastor at a large Assembly of God church recently preached about the need for vaccinations, large crowds turned out the next day to get shots.

“We found that the faith community is very influential, very trusted, and to me that is one of the answers as to how you get your vaccination rates up,” McClure said. “So we’ve reached out to the pastors and they’ve been very receptive.”

Their scholars acknowledge that pro-life advocates have valid concerns about past efforts regarding mandated vaccines. In recent months, David Prentice, Ph.D., the group’s vice president of policy, has stated reservations specifically about the Johnson & Johnson COVID vaccine while noting the Pfizer and Moderna vaccines as “very effective.” A medical researcher for the past 40 years, he urged in an interview for people to review their analysis and “make an informed conscience decision based on their own risks, their family and their community.”

In Missouri, public health efforts face a tall task. Over the past two weeks, 14 counties in southwestern and central Missouri have been designated as “hot spots” for the virus by the Missouri Department of Health and Senior Services.

That number will likely grow and may soon include the state’s most populous county. St. Louis city and county leaders have warned that with cases and hospitalizations rising in the region, the city and county are considering a new mask mandate.

“While we don’t have an announcement to make today, this is a topic of conversation and it’s ongoing,” St. Louis County Executive Sam Page, a Democrat, said Wednesday.

Christopher Dixon, pastor of West Finley Baptist Church in Springfield, said the message from pastors involved in the vaccine outreach isn’t meant to “shame anyone or put anyone down.”

“We’re simply here to care for other people… and to say this is is something we would respectfully ask you to consider doing,” Dixon said.

Darron LaMonte Edwards Sr., lead pastor at United Believers Community Church in Kansas City, noted the disparity in vaccination rates in the Black community, due in part to longstanding mistrust of the government. He understands, but said it’s important to get a shot.

“Would you please go get your shot out of Christian duty and compassion?” Edwards asked. 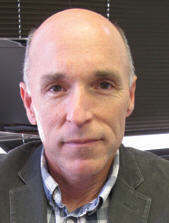 Jim Salter has been a correspondent for the Associated Press in the St. Louis area for over two decades. 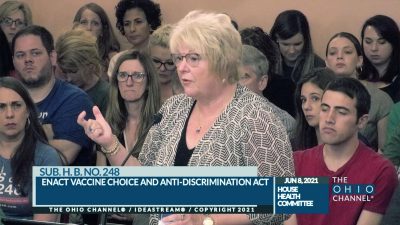 Testifying to Ohio state legislators in June, an osteopathic doctor from Cleveland suggested that COVID-19 vaccines could “magnetize” people’s bodies, or, alternatively,