“After watching that movie last night, I actually was excited for history class today!”

So said my 13-year-old daughter after viewing a pre-released DVD of National Geographic Channel’s Saints and Strangers – a four-hour television movie event that airs tonight and tomorrow. To fully appreciate my daughter’s comment, you should know that history is my daughter’s least favorite subject.  I’m somewhat of a history buff myself, and history was my major in college, so this has caused me no small amount of concern.  Who knew watching a TV mini-series would have such a positive effect!

The movie tells the familiar story of the first settlers to Plymouth and their complex relationship with the Native Americans.  It also depicts the complex relationship among the settlers themselves.  As the title, Saints and Strangers, suggests, some of those who ventured to the New World were English Separatists seeking religious freedom.  Others were “strangers,” a motley crew motivated by hopes of material gain and adventure.

Saints and Strangers reveals the incredible challenges the early settlers faced in establishing a new colony in an untamed country, something we often miss in the sanitized version of history presented in textbooks.  “Growing up, we learn about the Mayflower and the colonization of America, but we never learn the whole story,” said Executive Producer Gina Matthews.  “The real story is an incredible survival story.”

Surprisingly, the Christians are portrayed very positively in this movie.  William Bradford, the Separatist who served as governor of the colony, emerges as a sincerely devout, but shrewd leader.  Because of his Christian convictions, he treats the so-called “savages” with dignity and respect.  And, he objects to desecrating Indian graves and stealing their corn – something initiated and carried out by the godless among the group, and something that comes back to haunt the colonists.  Yet, when force is required to protect the colony, Bradford authorizes it.  And, several times, he makes concessions to the “strangers,” which keeps the diverse group together.

Bradford is played by Vincent Kartheiser, who is best known for his role as the amoral Pete Campbell in the AMC’s Mad Men.  I can’t think of two characters who are greater contrasts than Campbell and Bradford, but Kartheiser plays them both with great skill.  He admits in GQ that taking on such a different role made him nervous, though.  “”You don’t always get an opportunity to do something that is so drastically different than what you’re known for,” he said, “and I think it’s very scary sometimes to take those projects. . . . But that’s always a good sign to me. It means that I care about it and I put something on the line for it.

Kalani Queypo (The New World) also delivers a powerful performance as Squanto, the former captive slave of English explorers, who acts as a translator and negotiator between the settlers and the Indian chief Massasoit.  Before watching the movie, I had never considered the plight and loneliness of a man who returns to his country only to find it decimated by a plague.  He lives among Indians who mistrust him because of his friendship and ability to communicate with the English.  Similarly, the English mistrust him because of his affinity with the Indians.  Bradford emerges as his only true friend, and the final scene between the Pilgrim and this solitary Indian is extremely touching.  In it, Squanto asks Bradford to pray for him.  And, when Bradford says he can’t pray to the Indian gods, Squanto urges him to pray to his God.

I can’t vouch for the historicity of all the accounts portrayed in the movie, though National Geographic says it researched the events thoroughly.  Also, to lend authenticity to the movie, the Indians in Saints and Stranger speak Western Abenaki, a native language that’s an amalgamation of Algonquin languages once spoken throughout what’s now New England. The Indian dialogue is presented in the movie with English subtitles.  One quick warning – parents should be aware that there is one scene of violence near the end of the movie’s second night that was a bit graphic for even my 13-year-old.

As a result of watching Saints and Strangers, I have a new appreciation for what the Pilgrims, and the Native Americans, experienced when their two worlds collided.  I also have a new appreciation for the English Separatists and their pious, yet down-to-earth leaders.  Thankfully, now so does my 13-year-old daughter.  Watching Saints and Strangers was a wonderful way to begin our family’s celebration of Thanksgiving. 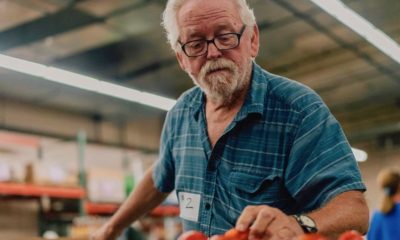 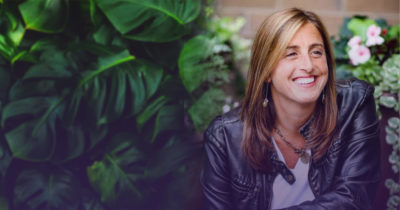