The website for Wellspring International is now private. I reached out to RZIM for clarification about the future of Wellspring, but did not immediately receive a response.

On March 10, RZIM CEO Sarah Davis, Ravi Zacharias’ other daughter, announced that RZIM would lay off more than 60% of its staff and reboot the organization to support victims of abuse.

In her farewell, Naomi Zacharias thanked people and organizations around the world with whom Wellspring had partnered, as well as her own Wellspring staff.

The post made no specific mention of the sex abuse scandal involving Ravi Zacharias or his victims. However, Naomi referred to “the unanticipated turn” her life has taken and “cancel culture.”

“Perhaps one day I will look back at this unanticipated turn, too, & see a faint trace of wings shaped not in spite of but through it,” Zacharias wrote. “Culture can help us reduce the whole of another to our understanding of the sum of their failures. For those whose hearts are inextricably linked, a cancel culture feels untenable as life resembled the photos of that epic movie of the 80’s & parts of us disappear, too.”

Zacharias added that some have told her she is “filthy because of my last name; that I need to know my dad had no love for me . . .” But Naomi Zacharias wrote that her father gave her an “unceasing love.”

Zacharias ended her post with an excerpt from Michael Bolton’s song, “Father’s and Daughters (Never Say Goodbye)” and stated: 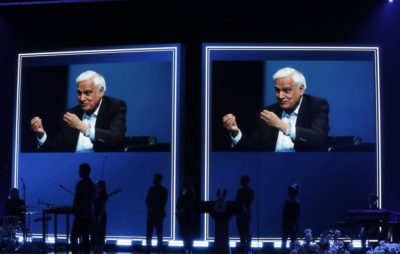 Stephen Baughman thought he was done with Ravi Zacharias. From 2015 to 2020, Baughman, a San Francisco attorney, musician and writer known as the “Banjo Atheist,”