Last weekend, to mark the 100th anniversary of the Tulsa Race Massacre, two preachers — one Black, one White — stood on stage at a suburban church.

They faced each other, held hands and bowed their heads.

“Help us, Father, to learn to erase the past and live for the future … as one in Christ,” prayed Tim Luster, the Black minister.

The interaction came at the end of a 45-minute dialogue on racism that emphasized the massacre’s centennial, which was commemorated on Monday and Tuesday.

On May 31-June 1, 1921, White mob violence destroyed Tulsa’s Greenwood District — an affluent African American community known as “Black Wall Street” — and claimed as many as 300 lives.

Last Sunday’s Bible class discussion resulted from a five-year racial unity effort between the Broken Arrow Church of Christ, about 15 miles southeast of Tulsa, and the North Sheridan Church of Christ in Tulsa.

The 100-member North Sheridan church, which Luster serves, is about 60 percent Black and 40 percent White.

The two churches started getting together in 2016 — in the spring at Broken Arrow and in the fall at North Sheridan — after a White police officer shot an unarmed Black man in Tulsa.

They couldn’t meet last year because of the pandemic. But the success of the COVID-19 vaccinations in slowing the virus’ spread allowed the congregations to reassemble. Some attendees wore masks. Others did not.

At the massacre’s centennial, Pyles said, the ministers hoped ”to address the ongoing challenge and evil of racism, both in our culture and, sadly, among far too many Christians.”

Before praying, Luster stressed, “The prejudice that exists within the body is on both sides of the fence. … This is something that Satan has created within us, and it is his effort to divide us and keep us divided.

“Let us overshadow that with the spirit of Christ,” he said. “Let us learn to accept one another and be together as one.”

The close-knit relationship between Luster and Pyles is a testament to both ministers’ focus on racial reconciliation.

Over the past five years, the two have talked on the telephone. They have met in each other’s offices. They have shared meals at Shiloh’s and Fish Daddy’s, popular eateries in this area.

“And some of those conversations have been heartbreaking to me,” Pyles said, “because I’ve heard some of Tim’s experiences, not just in the world but some of his experiences in the body of Christ.

“Racism is real. Racism is wrong. Racism is sin,” the White minister added. “It deprives people of their humanity and their dignity as image-bearers of the God who created them.”

To help understand racism, Pyles urged his fellow Christians to visit the John Hope Franklin Reconciliation Park — a downtown Tulsa memorial to the 1921 victims — as well as the Tulsa Historical Society & Museum’s immersive exhibit on the massacre.

“As you know, the Greenwood District of Tulsa was pretty much burned down,” he said. “Black Wall Street was just decimated by the destruction, and it’s hard for us a hundred years later to imagine the terror that was involved in that — the violence, the hate, the rage, the injustice and the extent of the destruction that took place.”

‘What Would I Have Done?’

The massacre was not covered in U.S. history class when Sharon Edd was growing up.

The North Sheridan member said she welcomed the special emphasis by Pyles and Luster. It’s important to remember and acknowledge what occurred, the 61-year-old Tulsa resident said.

Edd, who is Black, said she always looks forward to meeting with her Broken Arrow brothers and sisters.

“It’s wonderful,” she said. “I think it shows a willingness to have unity in worship.”

Broken Arrow member Charles Emerson, who is White, said he, too, enjoys the joint assemblies.

“It was wrong, and it shouldn’t have happened,” he said of the massacre. “Of course, the question comes up: What would I have done?”

As a boy, he attended the Nashville Christian Institute, the Tennessee school where the famous Black traveling evangelist Marshall Keeble served as president. Keeble taught him how to preach.

Luster recalled going home in 1967 during the Detroit Race Riot, which some prefer to call a rebellion. He arrived on a Greyhound bus and found his hometown on fire. He determined that he would work in his ministry to bridge the racial divide.

When he began preaching at North Sheridan about 20 years ago, the congregation was majority White.

But some members left after his hiring.

“One gentleman said, ‘He’s a little too charismatic for me,’” Luster recalled. “I said, ‘OK, I can accept that.’ But the underlying truth probably was not the thing that was expressed.”

Pyles, 58, was raised in the Southeast — Alabama, Kentucky, South Carolina and Tennessee — and spent two years living in Liberia, a west African nation where his parents served as missionaries.

In the U.S., his preacher father served White congregations, but he preached in Black churches when invited.

“Though growing up in the Deep South, I was blessed to have parents who modeled love and service to all who are created in the image of God,” the son told The Christian Chronicle.

During the joint assembly, Pyles recalled that when his father was a student in the 1950s, Lipscomb University in Nashville, Tenn., let Black people attend its Bible lectureship but asked them to sit on the balcony.

In the early 1980s, when Pyles attended Lipscomb, the imprint of a “Colored Men” sign, though faint, still could be seen on a basement restroom, he said.

“I’m grateful that, even though far too late for the feelings and the faith of many people, those shortcomings and failings and sins have been acknowledged,” Pyles said, praising Lipscomb and other Christian universities for recent anti-racism efforts.

“But churches need to do that as well in speaking about these things,” he added. “I’m grateful that among these two bodies of Christ that love and respect and appreciate one another and serve together and worship together,” he said of Broken Arrow and North Sheridan, “that we can have conversations that are sometimes awkward and uncomfortable.”

“Are you uncomfortable?” Luster asked the crowd.

Luster replied that he feels welcome at Broken Arrow, like he’s a part of the family.

“But so many times, that’s not the case,” he said. “And so we have to deal with that elephant in the room. … Because when we’re segregated, when we’re separated, when we’re divided in our love for one another, then how can we look like Christ?”

This article originally appeared in The Christian Chronicle and is reprinted with permission. 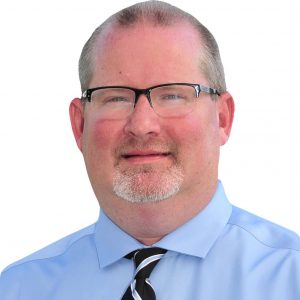 As outgoing Southern Baptist Convention President J.D. Greear prepared to open his final annual meeting in that role, he determined to follow 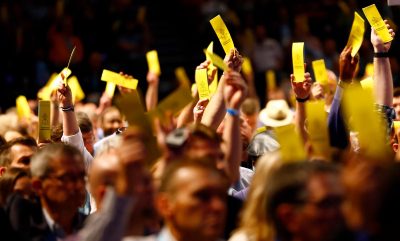 If he had the chance to turn back time, Pastor Stephen Feinstein says, he might not have proposed Resolution 9. The innocuous-sounding