Opinion: Open Letter to Liberty U Community: Now is Your Moment. Seize It.

At this crucial inflection point, Liberty University community members must have the courage to expose corruption, speak hard truths, and demand real justice.

Last summer, my husband and I made the excruciating but necessary decision to leave Liberty University after teaching there a combined 30 plus years. The 2019 decimation of the School of Divinity forced this move. A dozen or so veteran faculty members were callously cut for supposedly financial reasons the same year Falwell gained a million dollar raise, doubling his already exorbitant salary. We knew then the whole culture was irremediably corrupt, shot through with dishonesty, mistreatment, apathy, posturing, competition, cold calculation, manipulation, and spite.

In leaving, we were the lucky ones. So many before us were unceremoniously dismissed after years of faithful service, cast aside without their consent, without prospects, and—due to coercive NDAs—without a voice. Others remained under the thumb of crooked administration, stuck for a variety of reasons and trying to do good in a hostile environment.

This year, the most vulnerable and maligned victims of Liberty have come streaming out of the woodwork—those previously unknown who endured the worst that Liberty enabled.

Gangster Capitalism, Julie Roys, and others have brought to light countless tragic stories of harassment and abuse, assault and objectification, silence and shame, with all avenues for recourse shut off. Those voices hint at even more wounded whose anguished tales have yet to be told.

Now the dam might be breaking. The recent press conference and rally with Rachael Denhollander increased pressure for a truly independent and wide-reaching investigation. Last week, three senators have called for a Department of Education probe. The predictable obstinacy of Liberty’s board, we can be sure, will eventually break under the weight of building pressure.

It’s hard to envision what justice looks like when an institution casts a long shadow of abuse and mistreatment, whose untold victims have wounds of varying stripes going back years, even decades.

How can all that has gone wrong at Liberty be fully appreciated, let alone be set right? How can each victim, whose individual experience was personally devastating and utterly dehumanizing, ever be given his or her proper due and dignity restored?

Joel 2 promises God will restore the years the locusts have eaten, but amid Liberty’s greed-ravaged fields, that seems little more than fantasy.

While still on the inside, I struggled with these questions. I felt so powerless to make any substantive positive difference. My efforts felt insignificant. I daily questioned my motives and wrestled with institutional realities: Did I stay out of fear or pride? Did I compromise my integrity to retain my standing? Was my presence a vote of public confidence in those I knew to be unfit?

Even now, on the outside, I see these answers through a glass darkly. What worries me is the subtle ways the culture warped my sense of right and wrong, good and evil. How might I and others have consciously or unconsciously justified the goods offered by the school as a trade-off for the ills, as though righteousness is a zero-sum game, subject to human calculations?

Ursula Le Guin’s “The Ones Who Walk Away from Omelas” asks readers to consider such a scenario. Le Guin paints an alluring picture of a stunningly beautiful city, filled with pleasure and plenty, apparent joy, and riches untold. Omelas resembles Liberty’s façade, its glittering buildings and bright white pillars, its ever-increasing endowment. There is, of course, a catch.

Someone pays for the opulence. In Omelas, we learn, there’s a child locked away in a cellar, mistreated and isolated, left to its squalor and suffering. Yet the happiness of the city is utterly dependent on this child’s “abominable misery,” and everyone knows it.

Do they put the child out of their minds and continue to enjoy the festivities? Do they rationalize that the happiness of the many outweighs the agony of the one? Do they attempt reform, despite the clear warning it will never come?

Some leave, of course. I must admit that such an option always unsettled me, for I was reticent to leave Liberty, despite knowing its deep-seated problems, its own sinister secrets. Leaving felt like surrender to the darkness. It may have meant no longer participating in an oppressive system, but it also entailed passivity. Or so I thought.

As I reflect on Le Guin’s story now, in light of current conditions and an imminent reckoning at Liberty, I realize there’s another interpretation, one that’s completely compatible with clinging to and fighting for the good, true, and beautiful.

Those who walk away from Omelas are walking away from the corrupt transaction it offers. They reject the Faustian bargain of ease and comfort and resources galore that cost another’s well-being and dignity. They are squarely facing the truth and standing up for it by refusing their part in oppression and repression and turning down ill-gotten gain.

Accommodation, no less than enablement and abuse, makes possible all manner of evil, as the reporting out of Liberty has shown. The ones who walk away renounce such accommodation.

At this pivotal moment, may there be a flood of passionate, principled men and women who do the same. Sanguine contentment with the status quo should be unthinkable. Instead, let those still at the school be compelled by courage and love to speak up and out — even and especially if it costs.

What better witness to the Christian faith than to stand for the least of these against those who wield Scripture as a weapon? May God defend those who stand for what’s right. And may they find refuge and tangible support from the broader Christian community. Injustice at Liberty will take a village to rectify.

My own season of public advocacy at Liberty has drawn to a close. The current tumult allows those who remain to take up the charge.

Now is your moment. Seize it.

I truly believe that God has been preparing hearts and minds and steeling the resolve of many for just such a time. Speak the truth in love and trust God to transform your restored liberty and simple acts of obedience into mighty prophetic voices. 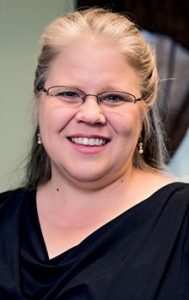 Marybeth Davis Baggett is a former English professor at Liberty University and two-time alumna of the school. She is co-author of Telling Tales: Intimations of the Sacred in Popular Culture.

8 thoughts on “Opinion: Open Letter to Liberty U Community: Now is Your Moment. Seize It.”