Opinion: Bryan Loritts is not ‘Qualified for Ministry’ & Report Doesn’t Clear Him of Wrongdoing

Bryan Loritts, executive pastor of J.D. Greear’s Summit Church, is “qualified for ministry.” At least, that’s what Summit concluded following a report by Guidepost Solutions, finding “no convincing evidence” that Loritts participated in a cover-up of sex crimes at a previous church, Fellowship Memphis.

In an email to congregants on Friday, Summit further stated that the results of Guidepost’s two-month investigation “affirms our confidence in Bryan’s position here at the Summit . . .”

Yet anyone with knowledge of the 10-year-old debacle involving Loritts would conclude the exact opposite from reading the 20-page report.

Yes, the investigation failed to conclusively disprove Loritts’ razor-thin plausible deniability that he covered up sex crimes committed by his brother-in-law, Rick Trotter.

But at minimum, the report revealed that not only did Loritts fail to report Trotter’s crimes to police and exhibit shockingly bad judgment. It also shows that Loritts’ account of what happened doesn’t check out.

Loritts repeatedly has claimed that he directed a pastor on his staff at Fellowship Memphis to report Trotter to police. But police have no record of any report being filed by Fellowship Memphis. And the investigation found that Memphis Police didn’t receive a single call from Fellowship Memphis during the relevant time period either!

Plus, some of the claims by Loritts and two other pastors in the report are so far-fetched that they call into question the entire testimony of all three men. (Loritts has also lied about possessing a doctorate, revealing a pattern of deception.)

For example, the Guidepost report states:

No one we spoke to, including Loritts, could provide the name of the attorney, or even identify the law firm that was consulted or provided advice to Fellowship.

Several months ago, Loritts claimed in a videotaped interview with the Biblical Recorder that he withheld information from his congregation about Trotter’s crimes because he was following the advice of counsel.

Yet now, both Loritts and these other pastors want us to believe that they can’t even recall their attorney’s name or the name of his firm?

This is absurd. But it’s also predictable.

If there was a cover-up, then it’s not just Loritts who participated, but the other pastors around him. And interviewing “Pastor #1,” “Pastor #2,” and “Pastor #3” about Loritts’ involvement in the alleged cover-up is like interviewing H. R. Haldeman and John Ehrlichman about Nixon’s involvement in Watergate. Not surprisingly, one of the pastors would speak to Guidepost only with his attorney present.

Another issue with the investigation is that only three victims of Trotter’s abuse spoke to Guidepost. (There reportedly are dozens of victims, several of whom were children at the time Trotter recorded them.)

One of the victims who spoke with Guideposts, “Victim #2,” is Loritts’ sister. Predictably, she supports Loritts’ claim that he encouraged victims to report to police.

Guideposts notes that “Victim #3” repeatedly said she was “certain” Loritts had advised her that she could press charges against Trotter. But the report adds: “We were struck by the strength of this recollection because she admitted her memory of other details of these events was ‘foggy.’”

This also is not surprising.

Having spent months researching the alleged cover-up, this is precisely what I would expect. Both the victim I interviewed months ago, Jennifer Baker (“Victim #1” in the report), and the former insider, Greg Selby (“Individual #1”), told me about a culture of fear and intimidation at Fellowship Memphis.

They said Fellowship elders were extremely well-connected in Memphis, adding that many witnesses were likely afraid to come forward and tell the truth.

It’s notable that all the men who were elders of Fellowship Memphis in 2010, other than those who were also pastors, refused to participate in the investigation.

Another person who refused to participate is “Pastor #2”—the person to whom Loritts claims he gave the phone containing all the evidence of Trotter’s crimes. This man is identified by Loritts in his interview with the Biblical Recorder as Bill Garner. (Initially, Loritts told Summit he gave the phone to Fellowship Memphis elders, but Loritts later changed his story and said he gave the phone to Garner.)

That phone with the evidence has since mysteriously vanished.

But to this day, no one has taken responsibility for destroying the phone.

So essentially, what Guidepost found was that everyone with a vested interest—Loritts, Pastors #1, #2, #3, and Victim #2—support Lorritts’ narrative. (So does Victim #3, but given her “fuzzy” recollection, her testimony is unreliable.)

The group also found that Loritts’ account contradicts police documentation. And Thompson’s interview with Garner failed to corroborate that Loritts gave Garner the phone, which isn’t what Loritts claimed initially anyway. And clearly, the phone didn’t disappear by itself from a safe.

So, what should we conclude?

What remains are the accounts from the two other major witnesses—”Victim #1” (Baker) and “Individual #1” (Selby). (The investigation included 21 sources, but it’s clear from the report that the main testimony regarding Loritts’ handling of the affair came from seven or eight major sources.)

Both these witnesses claim that Loritts and the pastors at Fellowship Memphis engaged in a cover-up, which Baker and Selby explained in two convincing podcasts with The Roys Report published last summer. According to the report, Baker and Selby essentially told investigators what they told me.

Yet, since investigators couldn’t prove—or negate—Baker’s and Selby’s claims, Guidepost concluded, there was “no convincing evidence Loritts was involved in a cover up.” And sadly, that one line has been headlined by Summit and numerous news organizations, including the Baptist Press, Houston Chronicle, and The Christian Post.

“Summit’s decision to pursue an independent review of this situation was a healthy and needed step,” Denhollander told the Houston Chronicle. “The framework of bringing in a skilled, credible firm, fully waiving privilege and providing avenues for anonymous and confidential reporting is critical in making it possible to obtain all the information.”

Though I agree in part with Denhollander’s affirmation of Summit’s and Guidepost’s process, I don’t share her enthusiasm for Guidepost.

I reached out to Denhollander for public comment regarding my concerns, but she did not respond.

But Guideposts didn’t say that—and neither did the press.

And now, the report, which few will read, will be used as a basis to platform yet another shady pastor. And abusers will abuse. And pastors will enable. And J.D. Greear will host yet another conference on Caring Well. 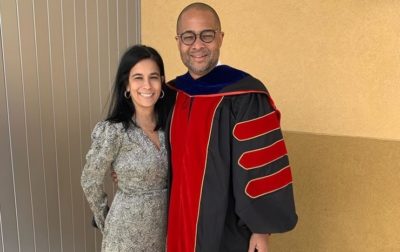 After touting a fake doctorate for more than a year, author and executive pastor at The Summit Church, Bryan Loritts, recently announced 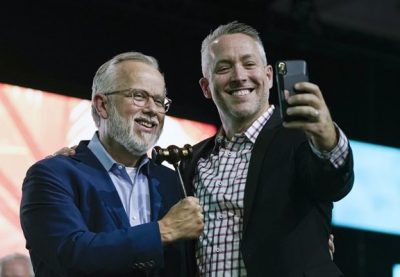 As outgoing Southern Baptist Convention President J.D. Greear prepared to open his final annual meeting in that role, he determined to follow

38 thoughts on “Opinion: Bryan Loritts is not ‘Qualified for Ministry’ & Report Doesn’t Clear Him of Wrongdoing”