In 1986, following the Chernobyl nuclear disaster, one Soviet scientist defied the Communist Party and told the truth about what caused the meltdown.

That man was Valery Legasov. And his testimony humiliated the Soviet Union, showing how their lies, incompetence, and cost-cutting measures led to the greatest nuclear disaster the world has known.

Legasov’s testimony also may have saved countless lives and the future of our planet.

As Legasov noted, the same design flaw that led to a meltdown at Chernobyl was present in numerous other nuclear plants throughout the Soviet Union. Yet because of Legasov’s testimony, the flaw was corrected in the other plants and multiple disasters averted.

Today, we have a Chernobyl-like disaster happening at Cedarville University. Like Chernobyl, the Cedarville meltdown has revealed a major “design flaw” that’s rampant in evangelicalism. And if it’s not corrected, these disasters will continue with regularity.

Last Friday, the Cedarville trustees released the results of an investigation, which concluded that President Thomas White had deceived the Cedarville community about a sexual predator in their midst—Professor Anthony Moore. Yet shockingly, the trustees decided to reinstate President White, rather than fire him.

The report used rather euphemistic terms. It said that White “took steps that he knew, or should have known, clouded the specific nature of Dr. Moore’s misconduct.”

But let’s dispense with the euphemisms. White lied—or at the very least, purposefully left a false impression.

The report also says White “failed to notify the Board of the specific nature of Dr. Moore’s misconduct.”

Again, this is euphemistic language. White deceived the board. Read the leaked 2017 email I published the day before the board put White on administrative leave.

Rather than telling the board that Dr. Anthony Moore had made multiple videos of a youth pastor showering—a fact even White admits that he knew at the time—White writes: “During a dark moment of questions, temptation, and curiosity, (Moore) acted in perversion technologically with another person.”

No, Moore did not act “in perversion technologically with another person”—whatever that means. Moore acted against another person. He violated a pastor who had looked up to Moore as a mentor, which is a monumental betrayal of trust.

Moore also didn’t act in “a dark moment.” This is something White knew full well in 2017.

In my interview with White before breaking the initial story about Moore, White admitted that in 2017, the elders at The Village Church Fort Worth, who had fired Moore, had told White that Moore had recorded “multiple” secret videos. How could multiple videos be made in a “moment”?

Yet White used similar language in our initial interview, telling me, “My understanding of what happened was it was not a habitual issue.”

White similarly wrote in a blog post after my story broke that he thought Moore’s sin occurred over “a short period of time”:

I was told and believed an incomplete narrative about Anthony Moore’s sin and termination from the Village Church. . . . Instead of at most two videos, I heard there were at least five videos. Instead of this being over a short period of time, I heard that these were taken over a period of at least five months.

After White’s blog post published, I went back to the Village Church elders. And I specifically asked whether the elders had told White in 2017 that Moore had made multiple videos over a span of months. Elder Jeff Jamison replied:

Yes. Multiple videos for sure. While timing is less certain, the elders are confident that it was made clear that it wasn’t a one-time lapse in judgment on Anthony’s part. That was his false narrative that was corrected regularly.

Yet now, White is asking the public to believe that he was misinformed in 2017. And that in 2020, when White learned the truth through me and other published reports, he was shocked and fired Moore.

Cedarville’s trustees are also furthering this extremely suspect narrative, claiming in their recent statement that “President White took action when he learned the full extent of Dr. Moore’s past.”

So essentially, the trustees are asking the public to believe that the elders of the Village Church are lying and White is telling the truth. This, despite the fact that an investigation found that White “clouded the specific nature of Dr. Moore’s misconduct” in the past and also misled his board.

What is much more likely is that White, who has misled the Cedarville community in the past, is misleading the community once again.

And the board, which was deceived by White before, is at best, deceived once again. What is more likely is that trustees see exactly what many of us see, but are choosing to protect their good friend, rather than hold him accountable.

In addition, the board is completely ignoring the recent testimony by Megan Lively that White participated in the cover-up of her rape in 2003. This was the same cover-up that prompted Southwestern Baptist Theological Seminary to fire then-president, Paige Patterson.

But Lively’s credible testimony hasn’t even prompted a response by the Cedarville Board, let alone an investigation.

Thank God, two trustees—Danny Akin of Southeastern Baptist Theological Seminary and Mark Vroegop of College Park Church—had the integrity to resign, rather than participate in this farce. But the rest of the board is acting shamefully. And it appears that the Cedarville community may allow this shameful behavior to go unchecked.

To my knowledge, there are no mass protests or large groups of students withdrawing from the school. I’ve heard from professors who hate what they’re seeing but they’ll likely stay silent to protect their jobs. Some supporters and alumni may stop giving. But likely the majority will plug their ears and either try to ignore the cognitive dissonance, or defend White, accusing his critics of not understanding grace.

And business in the evangelical industrial complex will continue as normal.

Until the next scandal.

Which is certain to come.

Because the lying and corruption is rampant in evangelicalism—as is the “design flaw” exposed by the Cedarville scandal.

Just like Chernobyl, the Cedarville scandal revealed not just the misconduct of one man; it exposed the “flaw” of a board that exists to protect its leader, rather than hold him accountable. And sadly, this flaw exists in practically every church or Christian institution I’ve investigated over the past few years.

The flaw existed at the Moody Bible Institute, where the board refused to remove officers, despite overwhelming evidence against them. That is, until I began publishing. Then two officers resigned and one retired. And the Moody Board praised them as they left, begging the question: Why were they pushed out if they were so great?

The flaw existed at Harvest Bible Chapel, where the elders labeled me a gossip and sower of discord, while hailing James MacDonald as a paragon of virtue. It wasn’t until I began publishing subpoenaed documents and Mancow Muller broadcast a hot mic recording of MacDonald that the elders finally admitted the truth.

The flaw existed at Willow Creek, whose elders called the women who brought allegations against Bill Hybels liars. That is, until the number of women reached 10 and one of them told the New York Times her complete, sordid tale.

And the flaw exists now at J.D. Greear’s Summit Church.

Despite overwhelming evidence that newly-hired executive pastor, Bryan Loritts, is touting a fake doctorate and covered up sex crimes at a previous church, Summit elders are standing by their man. What’s worse, they apparently conducted a sham investigation to assuage members’ fears.

This is how it works in the evangelical machine.

A leader sins. The trustee or elder board protects. And the meltdowns continue.

My only question is: Where will the next Chernobyl occur? And how bad does it have to get before trustees and elders are willing to follow the example of Valery Legasov? 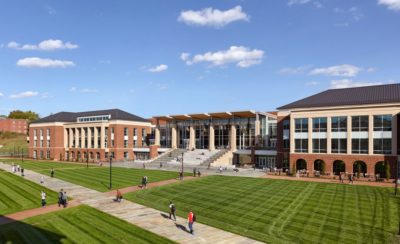 Liberty U Opens Investigation to Public, Focusing on Business Practices, not Sexual Misconduct

The first public stage of an independent investigation into alleged wrongdoing at Liberty University is now open. And while some Liberty students

49 thoughts on “Opinion: Could the Meltdown at Cedarville be Evangelicalism’s Chernobyl?”