Liberty University has long bragged about being one of America’s largest Christian colleges, but this year, it can also boast about its undefeated, nationally ranked football team. The Flames have racked up a series of upsets, including wins over Syracuse and Virginia Tech, en route to an undefeated 8-0 record and a debut appearance in the Associated Press top-25 rankings.

No one predicted this day would come — except Liberty’s founder, the Rev. Jerry Falwell Sr.

“The difference between mediocrity and greatness is vision,” the late Falwell Sr. often declared.

His vision was not of gleaming ivory towers alone but of dominance on the gridiron. “My dream was to raise up a world-class university that would compare favorably with what Brigham Young and Notre Dame provide for Mormon and Roman Catholic young people, a world class university; academically excellent, athletically competing at the highest level in the NCAA.”

To anyone watching the then-college’s first football team in 1973, two years after its founding, this seemed like a hallucination. Mired in the NCAA’s second-tier Division I-AA, and despite schedules packed with mostly featherweight teams from lesser-known schools, the Flames failed to distinguish themselves or draw crowds.

As an undergraduate at Liberty in the early 2000s, I joined in the eye rolls and snickers Falwell’s improbable prophecies about the football program’s future greatness invited. From 2000 to 2004, when I was on campus, the Flames amassed a pathetic 14–31 record.

Falwell the younger, appointed Liberty’s president and chancellor, inherited his father’s ideal of an evangelical super-school and his core value of winning. It’s cemented in Liberty’s mission — “training champions for Christ” — and is baked into the college’s broader culture.

In sports, as in politics, winning takes a mountain of money. Luckily, cash was something Falwell Jr. knew how to get. After using his father’s multi-million-dollar life insurance policy to wipe out the school’s outstanding debts, he built the school’s booming online education program. A far more proficient fundraiser than his father, he transformed Liberty into America’s largest Christian college and what The New York Times dubbed, “a billion-dollar empire.”

And Jerry Jr. was willing to spend as much of it as was necessary to realize his father’s football-fever dream. He spent $29 million on an indoor football practice facility and $32 million on an athletic administration building. He expanded seating capacity in the stadium to a whopping 25,000, added luxury skyboxes and negotiated his way into the NCAA’s top-tier football division.

Some have carped that Liberty has become overly focused on boosting athletics while ignoring the school’s spiritual culture and sub-par academics. Falwell Jr. has dismissed critics by saying, “It’s kind of comical to me when people say Liberty has left its original mission to go big-time in sports, because that was the original mission.” He’s not wrong about that.

But it takes more than money to build a world-class collegiate athletics department. You need to find a way to attract talent and experienced coaches and administrators, too. The school’s mandatory curfew and stringent moral code inhibited its recruitment program — prohibitions against alcohol, dancing and rated-R movies, it turns out, are not a recipe for collegiate athletic success. Nobody was going to choose this puritanical school in sleepy Lynchburg over schools with better athletes, larger budgets, national fanbases and television contracts.

Unless, of course, the school is willing to make a couple of compromises.

In 2017, Liberty hired Ian McCaw as athletic director. McCaw had recently been fired by Baylor University after an investigation revealed that school leaders, including McCaw, ignored or mishandled multiple allegations of athletes committing sexual assault. The university’s final report concluded that the football program, specifically, acted as if it was “above the rules” and may have perpetrated a cover-up.

McCaw, along with Baylor President Ken Starr, an attorney who once famously served as independent counsel investigating former President Bill Clinton, were let go. McCaw would have been considered tainted, if not unhirable, by many major athletic departments.

A similarly surprising hire was that of Hugh Freeze as head football coach in late 2018. Like McCaw, Freeze had been fired by his previous employer, the University of Mississippi. The NCAA found that under Freeze, Ole Miss’ football program built an “unconstrained culture of booster involvement” that included the use of cash payments, free hotel rooms and the arrangement of fraudulent test scores for football recruits.

After surveying Freeze’s phone records, Ole Miss officials discovered a “concerning pattern” of calls to adult escort services. The irony is thick given that Liberty holds that sex outside of marriage is a serious sin.

But the hirings helped to move the conservative Baptist school, which requires students and faculty to adhere to a strict moral code known as “The Liberty Way,” closer to its founder’s goal. In 2019, Liberty’s football team moved up to the NCAA’s top tier. Falwell Jr. gave Freeze and McCaw sufficient funds to build a competitive program and recruit better talent.

Falwell Sr. was a pious preacher who railed against what he believed was sin, particularly sexual immorality. So he may be squirming at his school’s ethical equivocations (including his own son’s forced resignation for sexual misconduct). Regardless, his dream is on the precipice of realization. Only three NCAA football teams in the FBS division have a perfect 8-0 record: Notre Dame, Brigham Young and Liberty. The elder Falwell couldn’t have scripted it better himself.

The one component of Falwell Sr.’s vision that remains unrealized is his vow that one day Liberty would play Notre Dame in their historic South Bend stadium — and win — on national television. That declaration once seemed laughable but is now within the realm of possibility.

The question for Liberty is what realizing such a dream would cost in both cash and compromises. 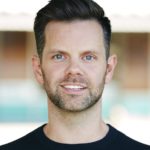 Jonathan Merritt is senior columnist for Religion News Service, a contributing writer for The Atlantic, and author of “Jesus is Better Than You Imagined” and “A Faith of Our Own: Following Jesus Beyond the Culture Wars.” He resides in Brooklyn, New York.

What do you do when you’re caught red-handed in a public sin? If we follow the example of King David, we own 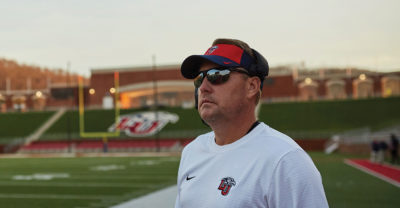 If Liberty U Football Coach Hugh Freeze is Changed, Why Doesn’t His Story Check Out?