For the past four years, two limited liability companies (LLCs) that own and lease buildings to Harvest Bible Chapel have escaped paying hundreds of thousands of dollars in property tax. But that soon may change.

These LLCs have been treated like tax-exempt nonprofits, even though they’re for-profit companies owned by both private investors (who have never been publicly disclosed) and Harvest Bible Chapel.

However, a few weeks ago, the Chief County Assessment Office for Lake County, Illinois, sent HBC Northshore LLC notice of a proposed increase in the assessment of the Deerfield Road property—from $378,423 to nearly $6.8 million. This would mean the tax on the property would jump from about $10,000 a year to an estimated $160,000—$185,000/year. The county also has filed an “omit” for the past three years, meaning that HBC Northshore LLC would have to pay back taxes likely totaling more than $500,000.

The other LLC—Harvest Bible Chapel (HBC) Aurora LLC—was granted an exemption from property tax by the Illinois Department of Revenue in 2017 for the building and 16.7 acres it owns and leases at 101 S. Barnes Road in Aurora, Illinois. This is where the Aurora campus of Harvest Bible Chapel meets.

Yet, a citizen filed a complaint in late October with the Kane County Assessment Office, claiming that the LLC is not qualified for a tax exemption and that HBC Aurora LLC’s application for exemption was rife with inaccuracies. As a result, the Kane County Assessment office now says it is investigating HBC Aurora LLC’s exemption. According to Mark Armstrong, supervisor of assessments in Kane County, there is no timeline for this investigation. But he added that when the investigation is complete, the findings will be presented to the Kane County Board of Review, which “will take whatever action is lawful and just.”

The person who filed the complaint with the Kane County Assessment Office is Jessica Hockett—a former member of Harvest Bible Chapel and a micro-blogger on Twitter. Hockett also lodged a complaint with the assessor in Lake County and Moraine Township, which caused them to reassess the Deerfield Road property belonging to HBC Northshore LLC.

In an October 4 letter to Lake County Chief Assessor Robert Glueckert and Moraine Township Assessor Mark Lindsay, Hockett argued that HBC Northshore LLC does not qualify for a property tax exemption because it is not a church. “Historically, (1731 Deerfield Road) has been owned and occupied by a church, but the current owner of the property only appears to be a church because of its name,” Hockett wrote. “(HBC Northshore LLC) is not a church. It’s an entity whose members profit from rental income via leases to a church and a school.”

Similarly, Hockett wrote in her  complaint to Kane County Assessor Mark Armstrong and Sugar Grove Township Assessor John Karas: “(HBC Aurora LLC) is not a 501(c)(3). It is a two-class LLC that passes income (profit) through to its members . . . Based on Illinois law, I believe that 101 S. Barnes has been erroneously granted an exemption that has potentially cost the county and township tens, if not hundreds, of thousands of dollars.”

According the Illinois Department of Revenue, an organization qualifies for a property tax exemption only if it meets two requirements. One, the organization seeking exemption must be an “exclusively beneficent and charitable, religious, educational, or governmental organization.” Secondly, the property in question must be used for charitable, religious, educational or governmental purposes, and “not leased or used for profit.”

According to Lake County Chief Assessor Robert Glueckert, who assumed office last May, the omission of most of the property at 1731 Deerfield Road from the tax roll was likely an “honest error/mistake.”

Until just recently, HBC Northshore LLC had been assessed tax on only the house on the parcel at 1731 Deerfield Road—not the church building nor the 4.4 acres of land. Now it is being assessed tax on the entire parcel.

Mark Lindsay, the Moraine Township Assessor who assumed office in 2018, said he’s not sure what to make of the fact that the company hasn’t paid tax on much of the property it owns. “I could see it being an honest mistake,” he said, “and I could see it being a scam. They (HBC Northshore LLC) need to come up with proof that they’re exempt.”

Lindsay added that he was surprised when he discovered the price HBC Northshore LLC paid to acquire the property—$4.85 million. He told me it appears to be a “high sale compared to other church sales in the area.”

I reached out to Harvest Bible Chapel, which still manages the LLC, for comment, but no one responded.

According to both Lindsay and Glueckert, HBC Northshore LLC had 10 days from the time of notification to appeal the new assessment on the Deerfield Road property. Glueckert said the LLC did not appeal within the allotted window, so the new, nearly $6.8 million assessment is the assessment for 2019. He added that he’s submitted an omit for three prior years, as well.

Glueckert added that someone from HBC Northshore LLC had called his office and had indicated that the LLC will be applying for an exemption. Glueckert said if that happens, the application will go to the Lake County Board of Review, which will make a recommendation to the state. He said ultimately, the decision about exemption will be made by the Illinois Department of Revenue.

Unlike Lake County, Kane County required HBC Aurora LLC to apply for a property tax exemption when it acquired the property on Barnes Road in 2016.  But as mentioned previously, the application included several incorrect documents.

All of these letters were written and signed by Craig Steiner, who at the time was the campus pastor of Harvest Bible Chapel Aurora. The letters also reference Chris Nudo, to whom Steiner says questions should be directed. Steiner resigned from Harvest in September amidst a controversy involving his handling of sex abuse allegations. He now serves as Naperville Campus Pastor for Highpoint Church.

Steiner also signed an affidavit submitted with the application that claims that Harvest Bible Chapel Aurora LLC is organized to “operate for the advancement of religious, educational and other charitable purposes, and specifically to conduct a Bible Chapel.”

I called and spoke with Sam Salustro, public information officer for the IL Department of Revenue, about HBC Aurora LLC’s exemption. He said the state approved the exemption “based on the information given us” and Kane County’s review and approval.

Salustro said a main criterion the state uses to evaluate exemptions is the intended use of the property and in this case, whether it’s being used for a religious purpose. Salustro also mentioned that his office frequently looks at exempting property tax for LLCs that are holding companies for nonprofits.

However, according to Illinois tax code, a property that is organized to hold a legal title is exempt from property taxes only if it qualifies under paragraph 2 of Section 501 (c) of the Internal Revenue Code (IRC). This portion of IRC states that to be exempt from federal tax, the company holding title to a property must turn over  “the entire amount” of its income less expenses to a tax-exempt organization.

When I pointed out that HBC Aurora LLC does not meet this stipulation, Salustro said that once an exemption is issued, it remains unless the county decides to put the property back on the tax roll.

One of the people involved in promoting Harvest’s LLC model for acquiring buildings was former Harvest Bible Chapel CFO Fred Adams. Adams is indirectly referenced in a recent financial review of Harvest Bible Chapel that found that former pastor James MacDonald had misused millions of dollars of church funds. According to the review, Harvest’s “former CFO” (Adams) helped control the private accounts that funneled money to MacDonald.

However, according to the ministry’s website, CBM provides its service to “growing Evangelical Churches at no cost” and “all compensation and expenses are covered by donations.” CBM also says it is a 501(c)(3) “organized and operated exclusively for religious, charitable, and educational purposes.”

Interestingly, one of the assumed names for CBM mentioned in its filing with the state is the Evangelical Ordination Council. I searched online and could not find that name anywhere, nor does CBM name ordination as one of its services.

I reached out to Adams, hoping to get more information about his ministry, but he did not respond. I also tried to get a 990 tax return for CBM. But according to GuideStar, CBM doesn’t file an annual return with the IRS “because it is a religious organization.” 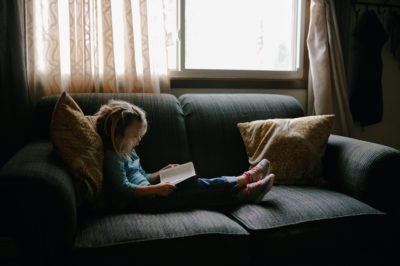