The pastor of one of the country’s largest Southern Baptist churches on Sunday hailed disgraced former Southwestern Baptist Theological Seminary President Paige Patterson as “the Winston Churchill of the Southern Baptist Convention (SBC).”

The praise came just two days after Southwestern accused Patterson in the 2021 Southern Baptist Convention Book of Reports of stealing confidential information and valuable artwork from the seminary. The seminary also claims that Patterson diverted millions in donations to the Patterson’s nonprofit after his termination.

Patterson was also fired by Southwestern in 2018 for allegedly pressuring a rape victim not to report her crime and for his misogynist statements, including urging a woman to return to her abusive husband.

Jeffress especially praised Patterson for his role in what’s known as the “Conservative Resurgence”—a movement in the late 1970s to drive out Baptist leaders perceived as promoting liberal theology.

“The same liberal rot that had infected Baptist universities, and continues to infect Baptist universities, was now spreading like gangrene throughout our entire Southern Baptist Convention,” Jeffress said. “And God raised up one man named Paige Patterson to spearhead the effort to turn our denomination back to a belief in the inspired, inerrant, infallible word of God! . . .

“I many times say Paige Patterson is the Winston Churchill of the Southern Baptist Convention,” Jeffress said, which inspired a standing ovation from his congregation.

The praise likely came as a surprise to Southwestern Seminary.

In the recently published SBC Book of Reports, Southwestern claimed that the Pattersons had taken at least some artwork and other valuable items that turned up missing from the seminary.

These missing items were reportedly discovered during a 2019 inventory of a seminary collection including artwork, taxidermy, firearms and other items, according to the seminary’s statement in the SBC Book of Reports. At least one of the missing items was seen in photos of the Pattersons’ home that was posted to social media after the item had gone missing.

The seminary has asked through legal counsel that the missing items be returned, but to no avail, its report stated.

The Pattersons also received the donor list by email from one of Dorothy Patterson’s friends and “undertook a scheme to contact Seminary donors in attempts to convince the donors to withhold gifts from the Seminary and instead make donations to the Sandy Creek Foundation, the Pattersons’ personal nonprofit organization,” the seminary went on to state.

That included a $5 million donation made shortly before Patterson was fired. “Once terminated, however, the Pattersons persuaded the donors to revoke their substantial gift and to instead donate those funds to Sandy Creek Foundation,” the report stated. The seminary returned the gift though it wasn’t legally required to do so, according to the report.

The Roys Report requested comment from Paige Patterson’s personal attorney, but a representative of the attorney said he was in legal proceedings and unavailable to comment.

In comments to Baptist Press, Paige Patterson disputed the allegations and said that the interview would be his only public comment on the matter.

“I do not think the courtroom or the press is the place where Christians need to discuss their differences,” Patterson told Baptist Press. “. . . We’re responsible for working out our differences with other Christians. I’m very disappointed that we seem to be having trouble doing that.” In speaking with Baptist Press, he also denied any items belonging to the seminary were wrongly removed or that he or associates had gotten a confidential donor list or tried to redirect donations.

The SWBTS board of trustees fired Patterson for cause in 2018, a week after a rape survivor told the Washington Post that Patterson had encouraged her not to report the rape to authorities.

Trustees said Patterson had lied to the board about the rape and withheld documents from his time at Southeastern Baptist Theological Seminary, where he was president when the woman, a seminary student, was raped. They also said Patterson tried to meet with another sexual assault survivor while he was president of SWBTS in order to “break her down.”

After Patterson’s firing, the seminary and Baylor University, another Baptist school in Texas, sued to regain control of another foundation whose trustees, the schools said, were helping divert donations to the Pattersons’ foundation.

On Sunday, Pastor Jeffress said that Patterson teaches the President’s Sunday School Class at First Baptist Dallas. Jeffress noted that he’d been eager to welcome Patterson back to the Dallas megachurch to “use your incredible gifts of teaching and preaching God’s word . . .”

J.D. Greear, president of the Southern Baptist Convention, has previously said churches should consider Patterson’s history of mishandling complaints of sexual assault and harassment before inviting him to fill their pulpits. The Roys Report reached out to a spokeswoman for First Baptist Dallas for comment on Jeffress’s introduction but didn’t hear back.

After taking the pulpit Sunday, Patterson explained he’d originally agreed to fill the pulpit that holiday weekend in Jeffress’s absence. Once he learned Jeffress would still be in town, Patterson said, “I tried to get out of it [guest preaching] for your sakes and also because of the lynch mob that I saw out there trying to get ahold of me.”

The statement was apparently a figurative reference to his critics. 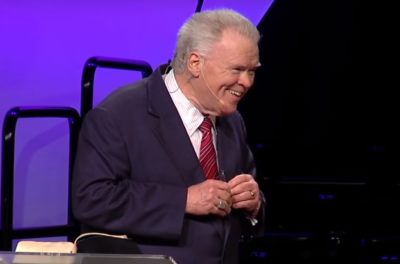 Author and speaker Trillia Newbell was minding her own business this week, “doing the good work the Lord planned for me,” when 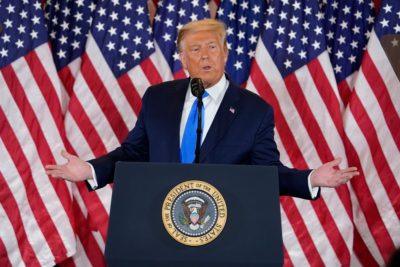 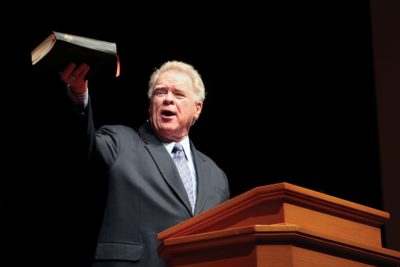 Two Baptist schools in Texas have sued a charitable foundation with ties to Paige Patterson, which they say is trying to misuse