Former members of Hope Presbyterian Church near Indiana University have accused the church’s former pastor, Dan Herron, of sexual abuse and harassment—and their presbytery of covering it up.

Their stories allege that Herron groomed students and church members with touch and verbal intimidation.

According to alleged survivor Kara Million, at least 10 people say they’ve been abused by Herron. The earliest accusations date to 2011.

Million said that she and four others, including two women harassed by Herron, sent a letter to the Central Indiana Presbytery (CIP), demanding an investigation of Herron in 2019.

The resulting investigation eventually concluded that the charges against Herron had “no strong presumption of guilt,” according to CIP documents obtained by The Roys Report.

However, the former Hope members said the CIP mishandled the case and protected Herron, who resigned from Hope in January 2020, but remains an elder in the Presbyterian Church.

“They were sometimes very dismissive towards us, very not trauma informed, very clearly favoring their colleagues throughout the whole thing,” Million said.

Last July, a CIP elder, not Marusich, who was frustrated by the first investigation’s finding filed a complaint about the ruling with a higher church court. In February 2021, the CIP opened a new investigation of Herron.

Herron denies all accusations against him.

The CIP told The Roys Report it would not comment on an ongoing investigation.

Million told The Roys Report that her issues with Herron began when he asked her to coffee without notifying her husband. This request was unusual because in previous contacts, Herron reached out to her husband before contacting her, said Million.

At first, Herron was harsh and aggressive toward her, Million said. Then he started acting in a manner that Million described in her testimony as “simultaneously paternalistic and flirtatious.”

Herron asked for a one-on-one mentoring relationship and mentioned private information about Million’s past that she hadn’t told him, she told the Indiana Daily Student. She still does not know how Herron learned this information, she said.

“I’m not like the others, I want to be your pastor, Million,” Herron allegedly said while asking to become a one-on-one mentor to her. “You don’t have to have an answer for me right away.”

Million said Herron then paused, coyly turned away, then turned back.

“Unless you do have an answer for me,” he said.

Later, Herron used his body to block Million and talk to her at events, she said. Finally, he pressed against her breasts for 10 to 15 seconds at an event.

“It just felt like it was never going to end,” Million said. “I could just feel myself going numb.”

According to an article in the Indiana Daily Student, Million’s husband, Chris Baker, who worked for Herron at Hope Presbyterian, witnessed this event and confirmed that it happened.

Baker also told the Daily Student that Herron had badgered him about why Million distrusted Herron and pressured Baker change his wife’s behavior.

When Baker didn’t pressure his wife to like Herron, Herron reportedly passed over Baker for promotions and then stopped paying him.

Another former church member, Abigail Harris, told The Roys Report that Herron also asked her to meet with him without notifying her husband.

Harris taught Herron’s daughter piano lessons, but one day after a lesson he behaved strangely, she said.

When Harris left the house, Herron stood on the porch shirtless, she said. During the conversation, he reportedly looked up and down her body in a way that made her uncomfortable.

Another time, Herron pressed his body against hers in a church pew, Harris said.

Over time, Harris felt so uncomfortable around Herron that she tried to teach his daughter piano only when he wasn’t around. Eventually, she stopped teaching his daughter, according to emails between Harris and the CIP shared with the Indiana Daily Student.

“I would definitely say he was testing the waters with me,” said Harris. “And grooming to see how close he could get.”

On July 2, 2019, Million, Harris, Baker, and another couple sent the CIP a letter with allegations of stalking, inappropriate behavior, sexual harassment, and sexual abuse by Herron.

At first, it looked like the CIP was treating her case differently than older cases that it had ignored, said Million. But she still was concerned about whether it would follow through.

“It looked like things were going differently than they had gone before for other victims, but we were still cautious,” said Million.

Kate Ebert, one of the CIP investigative commission’s voteless female advisors, told The Roys Reportthat several commission members believed they were out of their depth and should consider hiring G.R.A.C.E. (Godly Response to Abuse in the Christian Environment).

However, the commission never hired outside help.

“It seems like they’re going above and beyond to care for Dan and not doing same thing for victims,” said Ebert. “Presbyterian church orders consider evidence proved with two or three witnesses. But we had at least 10 testimonies and they were saying there wasn’t enough evidence.”

While getting out of a car, one man stepped around the other woman on the commission while facing her, said Ebert. He said, “Look, it’s sexual harassment!”

Million said the commission disrespected her and the other survivors.

They made abuse survivors give testimony in the same church where Herron abused them, she said. Million added that Herron got a full two hours to testify, while all the abuse victims had to share the same two-hour window. During a bathroom break, Million said she heard commission members in the men’s room mention her name multiple times and laugh.

In February 2020, the commission voted that it had found “no strong presumption of guilt.” However, it suggested Herron receive pastoral recommendations, counselling, and training on workplace gender dynamics, according to Ebert’s dissent.

CIP elder Steve Marusich said there were flaws in the initial ruling and filed a complaint to the Standing Judicial Commission, the CIP’s highest court in March of 2020.

“How do you correct somebody who’s innocent? It just doesn’t make sense,” Marusich said.

A panel of the Standing Judicial Commission ruled unanimously that the investigation erred and should have found a strong presumption of guilt, Million said, and  determined the investigation needed to be redone.

Meanwhile, Marusich filed separate charges against Herron with the CIP. Because he was an elder, these charges would automatically go to trial instead of going through a grand jury investigation.

Marusich also urged the CIP to hire G.R.A.C.E to conduct an independent investigation.

But instead of hiring an outside investigative group, Herron, who participated in the voting, suggested that he be investigated by a new committee with two lawyers on it. (According to Million, two of Herron’s strongest supporters in the CIP are lawyers.) And only if the committee found Herron guilty would the CIP hire G.R.A.C.E. to investigate.

Herron won the vote, despite the protests of Marusich and seven other elders.

The CIP will vote on May 14 whether to recommend Herron for trial or not. If the investigation finds no strong presumption of guilt, Herron’s case will be closed.

Trying to move on

After nearly two years without a clear conclusion to the Herron investigation, Herron’s accusers say they doubt they’ll see justice.

Million said she hopes to move on, and her husband said he has put his dream of becoming a pastor on hold. He now works at a Jimmy John’s.

Million said she suspects that CIP leaders buried abuse allegations against Herron because they were desperate to maintain his church in Bloomington, Indiana. The CIP has received complaints about Herron before that were ignored, she added.

“I think they were just so invested in getting a church planted here that they were willing to accomplish that all costs,” she said. “I pictured them like a bunch of generals standing around a table looking at Bloomington, which they consider to be a very liberal city, as a point to conquer. And it just seems like they were willing to allow a lot of a lot of people to get sacrificed along the way.”

The accusers who spoke with Indiana Daily Student say that after their experience, they haven’t attended church for months.

Million said she hopes to go back to church after she’s far away from the CIP.

This article has been corrected to more accurately describe the proceedings of the CIP.

This article has also been corrected to accurately describe Kara Million’s understanding of how Dan Herron learned private information about her. 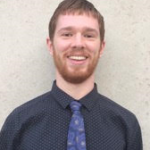 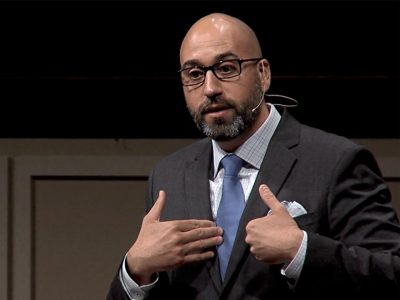 After nearly two years and numerous allegations of cover-up, a ruling body in the Presbyterian Church in America (PCA) is advancing the