Why Pope’s Response to a Gay Man is Wrong, But in Line With Many Evangelicals

It was the most depressing conference I’ve ever attended. For two days, people on different sides of the gay issue debated how Christians should counsel those with same-sex attraction. Some pushed for gay affirmation and full acceptance of same-sex relationships; others upheld the Bible’s prohibition on homosexuality and urged gays to remain celibate. Many expressed sympathy and compassion. But none believed in healing – and no one offered hope.

I couldn’t help but recall that conference when I heard Pope Francis’ reported comments to a gay man several days ago that “God made you like this. God loves you like this.”

“The pope’s alleged statement that God would make someone gay and would want him to stay gay violates Scripture . . . This is what happens when compassion is divorced from truth and any hope of transformation.”

The LGBT community is hailing the comments as a sign of the pope’s great compassion and enlightenment. And certainly, the pope’s message that God loves people who identify as gay is true, and in some segments of the church, extremely overdue.

But the pope’s alleged statement that God would make someone gay and would want him to stay gay goes against Scripture and established Christian doctrine. The Vatican will not confirm or deny the comments, so it’s possible the pope was misquoted. Yet the comments seem congruous with the pope’s statement in 2013: “If a person is gay and seeks God and has good will, who am I to judge?”

This is what happens when compassion is divorced from truth and any hope of transformation. And sadly, it’s not just the alleged position of the pope and many in society, but of many evangelicals too. This should not be.

The conference I attended in 2015 was distinctly evangelical and marked a departure from the message of hope and healing that evangelicals used to hold out for those struggling with same-sex attraction.

Similarly, David Gushee, a prominent Christian ethicist, said, “What (condemnation of all gay relationships) does to the (gay) 16-year-old in the church is it creates a disastrous box out of which he cannot escape with any good options from the church. So, we have kids throwing themselves off of bridges because they are in such despair because of what they have been taught and how they have been treated.”

That kind of emotional argument was pretty hard to combat, but some tried. Julie Rodgers, who at the time was an avowed gay, celibate counselor at Wheaton College, argued that gays could remain single, yet fulfilled. She said her attempts to change her sexuality proved futile, but added, “I just trust that the boundaries God put around sexuality are for our flourishing.”

However, Andrew Sullivan, a gay Catholic columnist, pushed hard against the notion of gay celibacy. “The argument being made is that gay people should be somehow eunuchs,” he said. “And, I’m saying that practically speaking in the world, it just can’t happen.”

Additionally, Sullivan suggested that gay celibacy leads to things like the sex abuse scandal in the Catholic church. “I’ve seen what that does to people. I’m from a church where that syndrome created an atmosphere and a culture that perpetuated the rape of thousands of children.”

I came away from the conference extremely sad. The outlook offered same-sex attracted Christians was so incredibly bleak. I knew there was a better way, but unfortunately, no truly redemptive options were even presented.

Sadly, the only prescription many evangelicals and conservative Catholics seem to offer same-sex Christians who want to remain faithful is to white-knuckle their way through a lonely life. This approach is extremely ineffective.

About three months after the conference, Julie Rodgers announced that she had reversed her stance on same-sex relationships, resigned from her position at Wheaton College, and today, she’s engaged to a woman.

“The white-knuckling approach seems impossible to same-sex attracted Christians and cruel to their straight counterparts who empathize with them.”

The white-knuckling approach seems impossible to same-sex attracted Christians and cruel to their straight counterparts who empathize with them. That’s why I’m not surprised by what Pope Francis reportedly said, especially considering the background of the man to whom he directed his comments, Juan Carlos Cruz.

Cruz was sexually abused as a child by the notorious pedophile and priest Fernando Karadima. Yet when Cruz, who’s openly gay, began speaking publicly about the abuse, he was victimized again by Catholic leaders, who discredited him because of his espoused sexual orientation.

Hearing Cruz’ story, and the stories of many Christians who identify as gay, evokes sympathy in anyone with half a heart. Yet as C.S. Lewis famously said in The Problem of Pain, “Love is something more stern and splendid than mere kindness. . . . Kindness, merely as such, cares not whether its object becomes good or bad, provided only that it escapes suffering.”

A “More Stern and Splendid” Way

Unfortunately, the pope and much of the church have seemingly succumbed to the sentimentality of our culture. We care more about alleviating the immediate suffering of gay Christians than we do about condition of their souls. This is not love.

As Lewis additionally wrote, “It is for people whom we care nothing about that we demand happiness on any terms; with our friends, our lovers, our children, we are exacting and would rather see them suffer much than be happy in contemptible and estranging modes.”

If we affirm gay relationships, we either have contempt for those whom we say we love, or we do not believe Romans 8:13: “For if you live according to the flesh, you will die; but if by the Spirit you put to death the misdeeds of the body, you will live.”

Homosexual behavior leads to death. If you love someone, you do not encourage him to destroy himself.

Though I don’t believe that God will make all gays straight, or subscribe to cartoon caricatures of healing ministries that supposedly help people “pray the gay away,” I do believe in healing and growth. I could not be a Christian and believe otherwise.

Second Corinthians 5:17 says, “If anyone is in Christ, he is a new creation. The old has passed away; behold, the new has come.” And Second Corinthians 3:18 proclaims that every believer who focuses on Christ will be “transformed into his image with every increasing glory.” Do we think that our sexuality is somehow exempted from this redemptive work of transformation? It is not.

First Corinthians 6:9-11 says that “those who practice homosexuality” were among those delivered from their sin in the early church. “And such were some of you,” the apostle Paul writes. “But you were washed, you were sanctified, you were justified in the name of the Lord Jesus Christ and by the Spirit of our God.”

I don’t want to diminish the difficulty of overcoming homosexual desires. I spent years volunteering in a ministry that helped people overcome sexual brokenness, and I understand the moral effort and miraculous work of the Spirit required to gain victory in this area. But it is possible.

I know several people who once struggled with homosexual desires who aren’t white-knuckling it anymore. They haven’t experienced change in their sexual orientation, but homosexual desires no longer dominate their imagination, and they’ve been delivered from sexual bondage.

“The same power that raised Christ from the dead is alive in us. We should not be resigned to defeat; we should be proclaiming the hope of victory.”

I also know some who have experienced change in their orientation. They struggled with same-sex attraction 10, 20, or even 30 years ago, but now are married and have children. Many of them don’t talk about their past gay struggles out of respect for their kids, but these changed men and women exist. The narrative that homosexuality is an immutable condition is a lie.

Wrong sexual desires are part of our sin nature, and Scripture is clear that because of the cross, we can overcome our sin nature. That is the gospel, and Christians need to start believing it. But it’s not just our sexuality we need to trust God to transform. It’s any ingrained pattern of sin – alcoholism, gambling, pornography, you name it.

That is why at its root, the gay issue isn’t so much a crisis of sexuality; it’s a crisis of faith. Sadly, we have become a people “having the appearance of godliness, but denying its power.” (2 Tim. 3:5)

That is the job of the church, and it’s about time the pope and Christian leaders – both Catholic and evangelical – return to it. 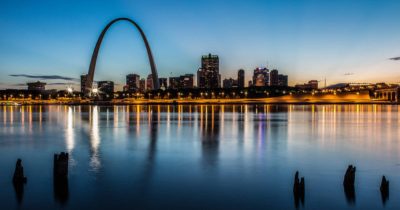 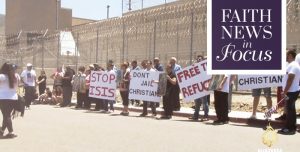 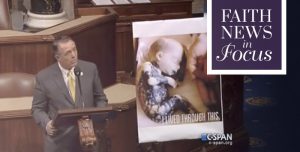 29 thoughts on “Why Pope’s Response to a Gay Man is Wrong, But in Line With Many Evangelicals”