An unidentified person paid a ransom that freed three missionaries kidnapped by a gang in Haiti under an agreement that was supposed to have led to the release of all 15 remaining captives early last month, workers for their Ohio-based organization have confirmed.

The person who made the payment was not affiliated with Ohio-based Christian Aid Ministries, and the workers say they don’t know who the individual is or how much was paid to the gang, which initially demanded $1 million per person. Internal conflicts in the gang, they say, led it to renege on a pledge to release all the hostages, freeing just three of them instead on Dec. 5.

The accounts from former hostages and other Christian Aid Ministries staffers, in recent recorded talks to church groups and others, are the first public acknowledgement from the organization that ransom was paid at any point following the Oct. 16 kidnapping of 16 Americans and a Canadian affiliated with CAM.

CAM officials had acknowledged at a news conference Dec. 20 that an unaffiliated party had offered to provide ransom money, but at the time they refused to say a payment had been paid.

In subsequent remarks, officials said the group had opposed paying cash ransom on principle, though it did make an offer of food boxes that the captors rejected. Eventually CAM accepted a third-party offer to negotiate with the gang.

“In the course of this whole thing, there was Christian Aid Ministries’ no-ransom policy,” Philip Mast, a CAM Executive Committee member, said in a recent talk at Mt. Moriah Mennonite Church in Crossville, Tennessee.

But “there was a donor who offered to take the negotiations and deal with the situation, and so CAM accepted that offer, and it was turned over to another party to deal with it,” he continued. “Yes, there was ransom paid, but I don’t think (the gang members) had the intention of releasing the prisoners.”

His and others’ accounts, which The Associated Press gained access to this week, are archived at PlainNews.org, an online news source for conservative Anabaptists such as Mennonites, Amish and Brethren, who comprise the core of CAM workers and supporters.

One of the ex-hostages, Austin Smucker, said in a recorded talk that a gang member “promised that we were all going to be going home in the next few days” after the Dec. 5 release of three hostages, but that did not happen.

Smucker and Grant both said they learned gang members refused to release all the hostages to try to force the Haitian government to free their imprisoned leader.

The 400 Mawozo gang seized the 17-member group of missionaries, which included young children, as they were traveling home from a visit to a CAM-supported orphanage in Ganthier, in the Croix-des-Bouquets area.

Two hostages were released in November for medical reasons, and the last 12 suddenly turned up Dec. 16.

While CAM officials have described it as a dramatic escape, a Dec. 30 column in the Yonkers Times of New York cited an unnamed source as saying the gang deliberately left the door unguarded and allowed the 12 to walk to freedom in fulfillment of the ransom deal.

The person, whom the paper described as someone with “direct and detailed knowledge” of the case, said if the gang hadn’t allowed them to leave, someone would have reported the escapees before they reached safety.

However ex-hostages have continued to say, in detailed and consistent accounts, that they escaped during a narrow window of opportunity under fear of being recaptured or shot. They said recent rains had led the guards to congregate on the more sheltered side of the house, away from where the hostages nudged open a barricaded door and sneaked out for an overnight trek for miles through mud, thorns and mountainous terrain.

They also spoke of what they characterized as a divine deliverance, saying that a guard miraculously was blinded to evidence of their tampering with the door despite looking directly at it, and that neither villagers nor dogs reacted as they through the gang-controlled territory.

A CAM spokesman declined further comment. Haitian police have declined to comment on the kidnappings, and the gang’s leaders have not given interviews.

The U.S. State Department declined to comment beyond thanking “our Haitian and international partners as well as the U.S. interagency for their assistance in facilitating their safe release.” 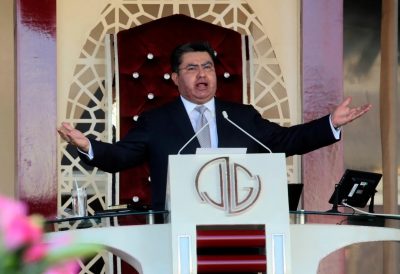 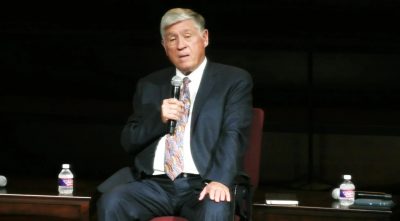 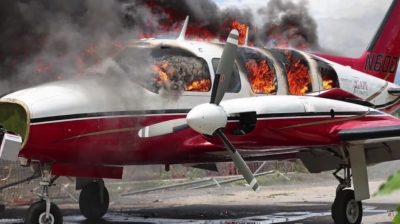