In 2017, the famous late apologist, Ravi Zacharias, claimed in a Christianity Today (CT) article that a Canadian woman had sent him “unwanted” nude pictures in an attempt by the woman and her husband to extort millions from Zacharias. The explanation effectively absolved Zacharias of wrongdoing in a major sexting scandal and preserved the reputation of Zacharias and his $40 million ministry. (Zacharias, who’s been hailed as “the greatest Christian apologist of this century,” died on May 19, 2020.)

However, emails, testimony, and other documentation recently obtained by The Roys Report tell a much different story.

They instead portray Zacharias as someone who befriended, groomed, and then initiated a sexting relationship with a married woman, Lori Anne Thompson. Then, when Thompson told Zacharias she was going to tell her husband about the illicit relationship, emails show Zacharias threatened suicide.

Months later, after Thompson and Zacharias had signed a non-disclosure agreement (NDA) confining them to silence, Zacharias publicly released a statement to CT, painting Thompson as the predator.

According to Thompson’s lawyer, Boz Tchividjian of Landis Graham French, P.A., Zacharias’ statement in CT “clearly violated the confidentiality provision of the Settlement Agreement” that Zacharias and Thompson had signed. (Tchividjian also is the founder of Godly Response to Abuse in a Christian Environment or G.R.A.C.E.)

Tchividjian added, “At the time, my clients made the very difficult decision to abide by the legally binding agreement even though Zacharias had apparently decided to do otherwise.”

Zacharias’ statement to CT also appears to contradict the facts, according to recently obtained emails between Thompson and Zacharias, as well as never before published letters written in 2016 by Thompson and her husband, Brad.

Also claiming that Zacharias’ statement was false are two Christian counselors, Jerry and Denise Basel. The couple say they helped Lori Anne end her relationship with Zacharias in 2016 and witnessed the break-up.

The Basels have been released from confidentiality and spoke exclusively to The Roys Report last week.

I reached out to Ravi Zacharias International Ministries (RZIM) last November with several questions about  Zacharias’ statement to CT and his 2017 lawsuit against the Thompsons. RZIM responded, “The lawsuit has been resolved and neither Ravi Zacharias nor RZIM wish to comment on it further.”

I reached out again to RZIM this week with the new revelations about Zacharias’ relationship with Thompson and emails I had obtained, but RZIM did not respond.

The Breakup and Emails

According to the Basels, Lori Anne Thompson came to meet with them from October 27, 2016—October 31, 2016. They said Thompson was confused and distraught over her relationship with Zacharias.

During their time together, the Basels said they became convinced that Zacharias had groomed Thompson so he could exploit her sexually. The Basels said Thompson, who was 30 years younger than Zacharias, was abused by her father and longed for a nurturing father figure.

“In many ways, she was kind of like a child in regard to him because of his age,” Jerry Basel said.  “It just followed a pattern that we are familiar with in regard to abuse.”

“It was just this slowly drawing Lori into something deeper,” Denise Basel said. “It seemed more innocent at the beginning, but it kept increasing.”

On October 29, 2016, while Thompson was with the Basels, Thompson sent an email to Zacharias, which the Basels released to The Roys Report this week. In it, Thompson writes that she can “no longer continue” with “what I know to be sin against God and each of our spouses.”

Thompson announced that she was planning on telling her husband about her illicit affair with Zacharias that evening. “I have no control over how Brad will respond to or handle the information but I can no longer hold this secret and its soul searing shame,” she wrote.

If one of my daughters was approached by a man thirty years her senior in a position of power and trust, and this type of thing had occurred, I would be furious with him. I suspect so would you if it were one of your precious girls.

You sir, are that man. You took advantage of a devastated daughter, and left her devoured once again. I am so appalled that I allowed myself to enter into this level of deception. You took and I gave a part of my soul and later my body that was not yours. The investment in relationship from taking my email to taking off my clothes makes me weep with the despair; feeling desolate, devastated, and disgusted.

Thompson’s letter includes the request that Zacharias not reply “as I simply cannot hear from you or see you ever again.”

However, about three-and-a-half hours later—at 4:38 p.m.—Zacharias sent an email to Thompson, saying:

Are you going to tell him it’s me?

You promised you wouldn’t Lori Anne. If. You betray me here I will have no option but to bid this world goodbye I promise.

Can we not meet at lest (sic) once before you do this? Please please

Little did I know that was the most dark and accursed day of my life. You will not hear from me again

Eighteen minutes later, at 6:15 p.m., the Basels sent an email to Zacharias from Thompson’s account, stating:

We are Lori Anne’s counsellors and she is currently receiving intensive counselling with us to find healing and restoration for her marriage. It is not her intent to share what has happened to anyone except her husband—which is necessary for any hope of marital restoration. And we are bound by confidentiality. We need some assurance from you that you will not harm yourself. Otherwise, we will find it necessary to contact 911 in your location. We await your prompt response. Thank you.

I am fine Thank you. I am just concerned about her. Thank you please tell her I am praying for her. She is very much in my prayers.

The Basels said Thompson confessed to her husband, Brad, that night that she had been in an illicit sexting relationship with Zacharias.

“It was a very, very bad night . . . really, a devastating night for both of them,” Jerry Basel said.

According to the Basels, in the month following the traumatic revelation of the affair, the Thompsons, especially Brad, offered Zacharias “premature forgiveness.” The Basels said both Brad and Lori Anne had not yet worked through the stages of grief and were stuck in a form of denial.

Emails the Basels released between the Thompsons and Zacharias seem to support this.

The Basels said that the next month, in mid-December, Lori Anne and Brad came to them for five days of intensive counseling together.

Jerry Basel said the couple was “struggling with all that had happened,” but “very committed” to each other. Basel said that as is typical in cases like these, “there was a lot of pain with each other and anger.”

Similarly, Denise Basel said Brad was entering the grieving process and experiencing anger toward Zacharias for what he had done. “That’s when things got a little more direct with Ravi,” she said, and Brad was less willing to give Zacharias “a soft landing.”

About a week later, on December 27, 2016, Lori Anne Thompson wrote a letter documenting her relationship with Zacharias and explaining how she believed Zacharias had preyed on her. Brad Thompson also wrote a letter, expressing the impact Zacharias’ behavior had on his life and his family. I received the letters this week from a trusted source. I sent both letters to the Basels who confirmed their authenticity.

In Part Two of this series, I will report the contents of the Thompson’s letters, which have never before been published, as well as phone records, which corroborate their story.

Email Correspondence Between Thompsons and Zacharias: 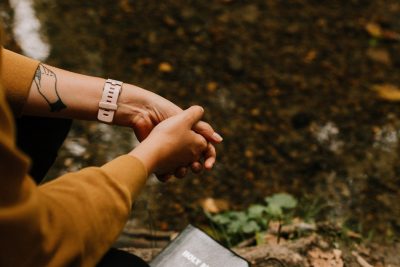 The following reflection contains themes of sexual abuse, domestic abuse and church abuse and is written in response to recent findings from 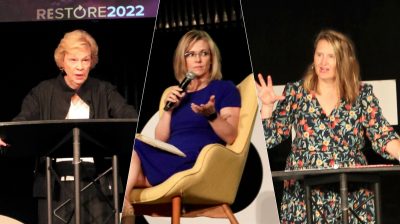 They came from 40 U.S. states and three Canadian provinces. And many of the roughly 280 people who participated in this year’s