Why We’re all Responsible for the Scandals in the Church

The Catholic sex abuse scandal is revolting. That Theodore McCarrick sexually abused seminarians is horrific enough. But reports that the Vatican knew about it and did nothing shocks anyone with any sense of propriety and justice.

Plus, now there’s a grand jury report revealing that more than 300 priests in Pennsylvania have been credibly accused of abusing more than 1,000 victims. And law enforcement officials in 10 states have launched similar investigations, suggesting the abuse is rampant.

Decent Catholics are outraged and rightfully so. They’re demanding resignations and change among church hierarchy.

And Protestants, who at one time might have used the scandal as an opportunity to throw stones, are realizing that we live in a glass house too. From scandals involving Bill Hybels to Mark Darling to Sovereign Grace Ministries and Bob Jones University, it’s clear that we have our own problems. Unfortunately, the Catholic Church doesn’t have a monopoly on sex abuse or the ability to cover it up.

But what’s the solution?

“Laypeople need become part of the solution. Sadly, if we’re honest, we have to admit we’ve been part of the problem.”

Many proposals aim to reform the system. Certainly, the Catholic Church and its hierarchy need to change. Protestant denominations need to change too. And I’m heartened, for example, that Southern Baptist Convention President J.D. Greear announced that he will form a Sexual Abuse Presidential Study Group.

But as Dr. Jennifer Roback Morse recently wrote to fellow Catholics, relying on church leaders to solve the problem may be futile. “Most proposals for reform require cooperation from the very same people who have already failed us,” she said. “These ideas still leave us, the ordinary Catholic in the pew, at the mercies of men we no longer trust.”

As Protestants, our leadership is much more decentralized, and I believe there are godly church leaders we can trust. Yet Morse makes an important point. Laypeople need become part of the solution. Sadly, if we’re honest, we have to admit we’ve been part of the problem. She explains:

If the witnesses who are potential whistleblowers knew they would be supported by faithful Catholics, would they be more likely to blow that whistle? Yes, obviously. If the guys doing damage control thought the whistleblowers had alternative sources of support and employment, would that fact reduce their ability to silence the whistleblower? Yes, of course.

All this points to one thing: Being the backstop, the backup plan, providing the alternative support system means that we are changing the incentives under which the Church operates.

Having blown the whistle on wrongdoing at a major Christian institution this year, I resonate with Morse’s sentiments. Too often, people shoot the messenger. And it’s about time we reverse this pattern.

“(I)t’s common practice for elders to protect their own. . . . But this response works only because the congregation allows it to work.”

Rachael Denhollander, one of Larry Nassar’s sex abuse victims, understands this pattern well. “When I did come forward as an abuse victim,” she told Christianity Today, “this part of my past was wielded like a weapon by some of the elders to further discredit my concern, essentially saying that I was imposing my own perspective or that my judgment was too clouded.” Sadly she concludes that the church is “one of the least safe places to acknowledge abuse . . . There are very, very few who have ever found true help in the church.”

Unfortunately, it’s common practice for elders to protect their own. That’s what happened at Willow Creek and why the entire elder board resigned. But this response works only because the congregation allows it to work.

When Hybels initially called the accusations in the Tribune flat-out lies and the elders rebuffed the women, congregants at Willow Creek reportedly cheered their support. I’m sure many church members regret that decision today, and feel they were duped by their leadership. But it should serve as a sobering lesson for all of us.

In the past six months, I’ve received dozens emails and messages from people sharing their stories of wrongdoing within the church and Christian institutions. Every time, I’m grieved and feel a responsibility to help.

Yet so often when I ask these people if they’re willing to speak to me on the record, the answer is no. And sadly, my response to them then is, “Then there’s nothing I can do for you.”

These people fear retribution from leaders. But they equally fear being shunned by their friends, colleagues, and/or church members. If they knew they could count on their community to stand with them, things would be dramatically different.

People of God, we are facing a very unique moment. Sadly, our churches and Christian institutions – Catholic and Protestant – are deeply flawed and desperately in need of reform. But God is beginning to expose the darkness, making this an important opportunity.

I speak with many people who say they’re powerless to change what ails the church. We’re not powerless. But as long as we think we are, then we are.

Certainly, if we’re going to seize this opportunity, our leaders need to lead in the right direction. As Scripture makes abundantly clear, they will be held to a higher standard and will be called to account (James 3:1; Acts 20:28).

“If you have witnessed wrongdoing, the onus is on you to speak. And please, don’t say you don’t have the ‘personality’ to speak up. Courage is a character quality, not a personality trait.”

But as laypeople, we have a responsibility too. First, those with knowledge of wrongdoing need to speak up. Leviticus 5:1 actually calls it sin when someone fails to testify about a public charge that they have witnessed.

If you have witnessed wrongdoing, the onus is on you to speak. And please, don’t say you don’t have the “personality” to speak up. Courage is a character quality, not a personality trait.

Secondly, we need to support those who testify. This doesn’t mean we blindly believe everything we hear. But at the very least, it means we examine the facts, and reserve judgment until the truth becomes clear. And in a he-said, she-said situation, we don’t show partiality by simply believing the one with the most power and charisma.

Also, once we determine that someone is telling the truth, we do all we can to support that person, even if it costs us. I can’t help but wonder what would have happened at Willow Creek had John and Nancy Ortberg not been willing to risk their reputations by speaking publicly in support of Hybels’ alleged victims. They chose what was right over what was safe, and that made a huge difference.

We can help heal the church. And despite everything I’ve witnessed and read, I still believe in the Bride of Christ. Now may be a season of judgment and discipline. But God loves His church. And if we cooperate with what the Spirit is doing, I have no doubt that she will emerge purified, humbled, and radiant. 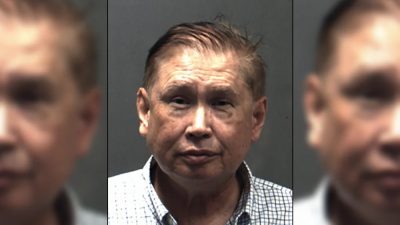 The co-founder and “’apostle” of a Southern California church was arrested on suspicion of sexually abusing a child for years, beginning when 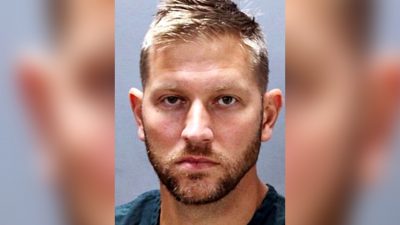 The campus pastor of a Southern Baptist megachurch in Jacksonville, Florida, has been charged and jailed for allegedly grooming and sexually molesting 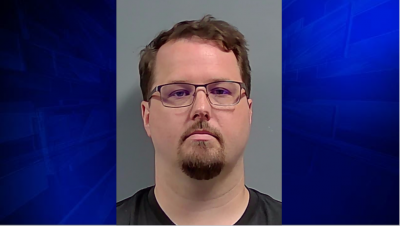