After announcing plans to retire in September, Rick Warren, author of “The Purpose Driven Life” and one of the most influential voices in evangelical Christianity, named San Francisco pastor Andy Wood to follow him at Saddleback, a Southern California congregation Warren founded that draws 25,000 people to worship services. Wood, 40, is currently the lead pastor of Echo Church, a multi-site congregation based in San Jose, California.

“Church mergers have become one of the most effective strategies for struggling churches to thrive again, for growing churches to amplify their reach, and for church facilities to be better utilized to advance the Gospel in a region,” according to a section of the Echo Church website.

As The Roys Report previously noted, Wood also runs an annual leadership conference, which last year included Mark Driscoll, the disgraced pastor of Mars Hill Church in Seattle. Driscoll resigned in 2014 after a series of controversies involving allegations of bullying, plagiarism and abuse of power and now pastors a church in Arizona.

In May 2021, Saddleback made headlines after ordaining three female staffers as pastors — a controversial step for churches in the Southern Baptist Convention, Saddleback’s denomination, which limits the office of pastor “to men as qualified by Scripture.” (Southern Baptists disagree as to whether the limit applies only to a church’s senior pastor or anyone with the title of pastor. They also disagree over whether women can preach in a Sunday service.) 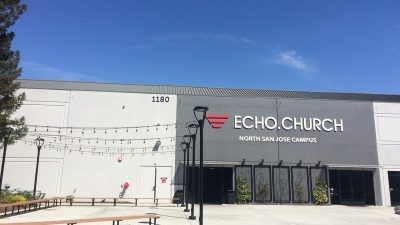