In his first meeting yesterday as leader of the Southern Baptist Convention (SBC) Executive Committee, the Rev. Rolland Slade called on his fellow committee members “to shepherd and to protect” survivors of church sex abuse. Yet questions remain about the denomination’s resolve to tackle the problem, especially given the decision by SBC President J.D. Greear earlier this year to hire a pastor accused of covering up sex crimes.

Slade, senior pastor of Meridian Baptist Church in El Cajon, California, announced that the issue of sex abuse is “personal” for him because his wife is an abuse survivor.

“For the last 40 years of my life, I have been in touch with a survivor of sexual abuse in the church,” he said to the 70 people attending the virtual meeting. “In fact, we’ve been married 39 years. So when I say it’s personal, it’s personal. And I encourage you to listen. You don’t have to solve it but you need to listen and share with them how much you care and what has happened to them is not what God would have happen in the church.”

Slade was elected in June as the first African American chair of the committee that runs the business of the nation’s largest Protestant denomination between its annual meetings.

He and other Southern Baptist leaders have claimed that sexual abuse is a growing focus of the denomination, especially after a series in the Houston Chronicle last year cataloged some 700 cases of alleged abuse by Southern Baptist pastors and other leaders over two decades.

At the 2019 SBC annual meeting, Southern Baptists approved a new Credentials Committee that can recommend the disaffiliation of churches that do not properly handle instances of abuse. In February, the Executive Committee removed a Texas church that had employed a pastor who was a registered sex offender.

However, earlier this summer, Pastor Dwight Easler, a member of the Executive Committee, questioned whether the denomination was truly serious about rooting out abuse after SBC President J.D. Greear hired Bryan Loritts as an executive pastor at Greear’s church.

Loritts has been accused by eyewitnesses at his former church of covering up sex crimes by Loritts’ brother-in-law. Those same eyewitnesses also accused Greear’s church of conducting a sham investigation into the allegations concerning Loritts.

Greear, one of the speakers at Tuesday’s meeting, has not responded to numerous requests from The Roys Report regarding the allegations against Loritts and Greear’s church.

At Tuesday’s meeting, Greear said supporting abuse survivors is one of numerous ways Southern Baptists should focus on describing themselves as ” Great Commission Baptists,” a reference to Jesus’ command to spread his message globally.

“Our focus on the Great Commission is why we will continue to strive to make the most vulnerable in our churches — specifically victims of sexual abuse — feel safe by showing them that we will do everything in our power to keep our churches safe from abuse and safe for the abused,” Greear said.

Slade listed abuse survivors as the second of two groups he believed his committee should give particular attention. The other is pastors of the relatively small churches that comprise the bulk of congregations affiliated with the evangelical denomination.

“I respect wholeheartedly pastors who have pastored megachurches and have great testimony of the thousands that they reach each and every week,” said Slade. “But I want to remind us that of our denomination of 48,000 churches, there are more churches that are normative size,” he said, referring to churches with Sunday attendance of fewer than 100 people.

Slade offered his own church as an example. “Meridian Baptist Church runs a little over a hundred on a really good Sunday when we count everybody who steps on the property,” he said.

Slade expressed his wish that the men who lead these congregations — often working in additional jobs and giving a portion of their salaries to support the SBC budget — should be connected with megachurch pastors and church planters, who start new congregations. 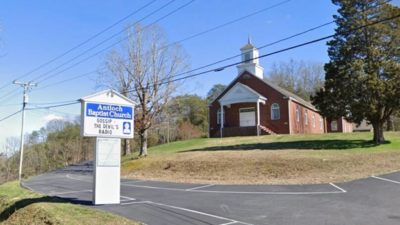 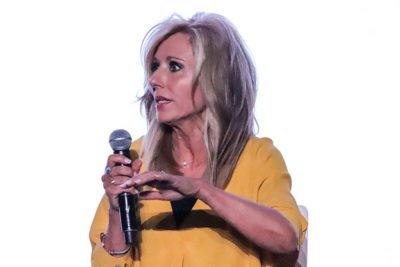 Bible Teacher Beth Moore, Splitting with Lifeway, says, ‘I am no longer a Southern Baptist’

For nearly three decades, Beth Moore has been the very model of a modern Southern Baptist. She loves Jesus and the Bible