Sexually transmitted diseases (STDs) have hit an all-time high for a fourth year in a row. And the The U.S. Centers for Disease Control (CDC) is sounding a familiar refrain. More condoms! More sex ed! More funding!

There’s no doubt, the statistics are alarming. Syphilis increased 76-percent between 2013-2017. Gonorrhea increased 67-percent, and is becoming increasingly resistant to drugs. And Chlamydia, something that was almost nonexistent in the early 1980s, has become the most common condition reported to the CDC.

But can the STD epidemic really be blamed on less condom use and insufficient sex ed? When I read the news reports, I immediately thought of Scott Phelps, executive director of the Abstinence & Marriage Education Partnership and the author of five popular abstinence education programs. He’s also a faithful husband and father of four children.

It seems the consensus among health experts and researchers is that the rise of STDs is due to less frequent condom use and a decrease in funding for STD prevention. Are they right, or do you think they’re missing something? 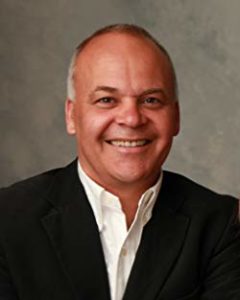 Scott Phelps: They’re not missing something. They’re missing everything. The CDC deserves much of the blame for the STD epidemic.  Every year they call for more money and more condoms – but these are not the answer.  There is only one way to reduce STDs, and it’s the one thing they refuse to say: Reserve all sexual activity for marriage. I say they deserve much of the blame due to their stubborn refusal to say what is true.

Scott Phelps: We believe that abstinence education is not only important but that it is critical in restoring the institution of marriage in America.   A healthy society needs healthy marriages and healthy families.  Abstinence is the pathway to that goal. The problem with sex-ed in schools is not merely that they promote condoms, but that they teach about sex without reference to the context of marriage.

I am not aware of any sex-education program in America that will even provide abstinence until marriage as an option. I don’t mean they don’t present it as a viable option. I mean they don’t provide it as an option at all.  Abstinence education teaches students that marriage is a goal and worthy goal.  Data clearly indicates that saving sex for marriage increases the likelihood for a healthy and successful future marriage.

As for funding, no, we do not hope for more funding. Government funded programs are generally inefficient and ineffective. Programs that cannot survive without government assistance should not be propped up with taxpayer dollars. Furthermore, the CDC does not need more money to simply say what is true: Abstinence until marriage is the safest, healthiest lifestyle.  Done.

According to an NBC report, some researchers think the proliferation of dating apps, like Tinder, have contributed the record levels of STDs.  Do you think these apps are a factor?

Scott Phelps: Of course. They perpetuate and promote non-marital sexual activity in just the same way that Planned Parenthood and government funded sex-education programs do.  Planned Parenthood is the largest provider of abortions in America, and the largest provider of sex-education in American schools. That is your problem right there.  Call it Tinder in the classroom. No one should be surprised that STDs continue to soar.

We hear a lot today about “safe sex.” Is there such a thing?

Scott Phelps: Definitely. It is unbelievable what our kids are exposed to today. It’s gasoline on the fire. I tell young people, “When I was your age, I could not see what you now see on a daily basis.  It didn’t exist.  The pressure you are under is great, and you’re going to have to understand the danger in front of you.  If you think that you can consume all of the explicit imagery that is out there and that it will not affect you – think again.”

Pornography isn’t like a drug; it is a drug. And it actually alters the neurological connections in your brain. It is a terrible addiction, and our youth are not being adequately warned and protected from this terrible trap. Abstinence & Marriage Partnership programs help parents and teens understand the scientific and objective dangers of pornography.

You’re in middle schools and high schools, teaching students about sex and marriage. What’s the general attitude of kids today concerning your message?

Scott Phelps: Kids love it.  They are not the ones who reject the abstinence message.  The problem is usually all of the smart adults who are certain that kids don’t want to hear the message of abstinence and so they never tell them.  But when you actually tell students about abstinence, they are eager to embrace it – because they’ve never heard it before and it is actually refreshing message of freedom from fear.

4 thoughts on “STDs Hit Record High — Again! But are More Condoms the Answer?: An Interview with Abstinence Educator Scott Phelps”