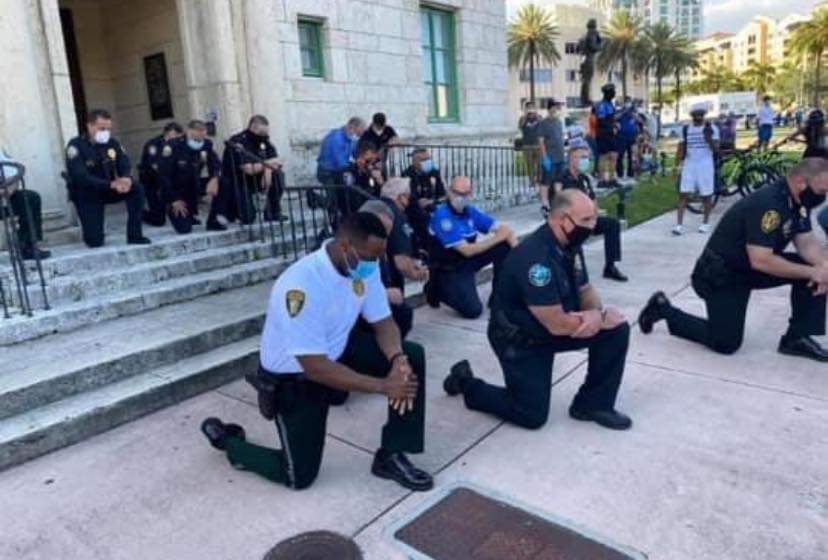 Editorial Note: Like many of you, I have been heartbroken by the events of the past week. I was shocked by the senseless killing of George Floyd and grieved by the injustice and oppression that African-Americans face in this country. Then, when I saw violence and looting break out in our cities, I was completely at a loss. I’m still overwhelmed and searching for words. But in the midst of this crisis, I found this article with stories of hope and am reprinting with permission.

As tensions continued to rise across the U.S. following the death of George Floyd, there were also glimmers of hope at protests over the weekend.

Police chiefs from across Miami Dade County gathered in Coral Gables, southwest of downtown Miami. There they met with protesters and talked with them. And at the end of their meeting, they knelt and prayed for the life of George Floyd, as well as for ways to move forward.

“As leaders of this profession, we must all do better at improving on our training and protocols so that our efforts towards building and maintaining community trust are not lost or overshadowed,” said Daniel J. Junior, the president of the Miami-Dade County Association of Chiefs of Police.

“Transparency during this time is key to demonstrating law enforcement’s commitment to serving and protecting our residents with dignity, humanity, and respect.”

At the conclusion of this peaceful protest we kneeled as we were led in prayer for #GeorgeFloyd, our community and our nation. Thank you to all the Chiefs and staff that attended. Please take a moment to read our statement. https://t.co/kaObSLyq9P

Laying weapons down in Michigan

In Flint, Michigan, tensions were growing at another protest. Marchers faced off with police in riot gear and chanted.

Sheriff Chris Swanson came out and talked with the people gathered, saying that former Minneapolis police officer Derek Chauvin was not representative of local police officers.

“Don’t think for a second that he represents who these cops are from all over the county and around the station,” Swanson said in a video captured by TV reporter Ron Hilliard. “We go out there to help people, not do that nonsense. I took my helmet off, I laid the batons down. I want you to turn this into a parade.”

When Swanson asked protesters what they need, the crowd began to chant “walk with us.” After a few seconds, Swanson motioned forward and began to walk with the crowd as they applauded and cheered.

Swanson told Hilliard: “When I stood there in the line I saw the tension. You could feel it. My dad was in the riots in Detroit (in the 60s)–that tension, it’s lived on for generations. I took my helmet off, I went to the leader of the group and I said ‘What do we need to do? How do we talk?’ All people want is to be heard. Am I right? So we’re hearing them.”

Breaking bread together in New Jersey

In another instance, police forces marched with protesters and ended with a barbecue together, instead of facing off in violence.

The march took place in Camden, New Jersey, which was once listed as the “murder capital of the world,” according to the Shore News Network.

“The residents of Camden know a lot about unnecessary loss of life and self-inflicted community despair,” Shore News Network reported. “That’s one of the reasons why this weekend, protesters in one of the East Coast’s most notoriously dangerous cities have teamed up to march together. Camden is a city on a rebound and residents and police here are willing to work together to protect that.”

Camden police walked with protesters, holding a banner, which said “Standing in Solidarity.”

At the end of the march, officers with the Camden County Police Department barbecued hot dogs for protesters.

Officers Cintron and Munoz serving up hot dogs right off the grill at our block party tonight in Centerville on Tilghman Drive! #CamdenStrong #StrongerTogether pic.twitter.com/bT2anrfhVh

‘Declaring God as the solution’

Tomorrow, faith leaders in Louisville, Kentucky, are holding a “Peaceably Gather Rally” to call for an end to the riots. Pastor Brian Gibson, founder of the PeaceablyGather.com movement, says a diverse group of local pastors will join him in leading the rally.

Gibson says they will be “declaring God as the solution” to ending riots and healing race relations in the United States. 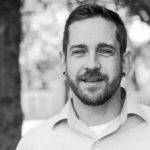 Mike Thom is a preacher, writer, and program director at CHVN 95.1 FM in Winnipeg, Manitoba.

Wheaton College has removed its chaplain, Tim Blackmon, for “inappropriate comments and actions of a racial and sexual nature towards specific staff

Megachurch pastor Darrin Patrick’s cause of death has officially been ruled a suicide, according to the Franklin County Sheriff’s Department. Patrick died

3 thoughts on “Swords into plowshares: Police in Several Cities Lay Down Weapons, March & Pray with Protestors”