Taylor University has fired a professor, following allegations of sexual exploitation and abuse of a minor, according to Taylor Interim President Dr. Paige Comstock Cunningham.

In an email sent this weekend to the Taylor community, which was then forwarded to The Roys Report, Cunningham said Indiana State Police are investigating the allegations and have requested that the professor’s name not be released at this time.

Cunningham added that the alleged victim is not a Taylor student, but a “young person in the Upland community . . . who became acquainted with” the Taylor professor.

The Roys Report also spoke with Indiana State Police Detective Joshua Maller, who confirmed that police are investigating the allegations against the professor. But Maller added that the professor has not yet been charged or arrested. When the investigation is complete, police will issue a press release and will name the professor at that time, Maller said.

Taylor immediately placed the professor on administrative leave and worked with the Upland Police Department to investigate the matter, Dr. Cunningham wrote in her email. The professor was fired “due to violations of university policies discovered during an ongoing investigation,” her email stated.

Taylor University also reported the allegations to Child Protective Services and commissioned its own investigation.

“Given the gravity of the misconduct allegations, Taylor University independently retained an outside firm of forensic experts that specializes in investigating allegations of abuse,” Cunningham wrote. “Investigations are ongoing, and we encourage anyone with relevant information to come forward.

Cunningham added: “Sexual misconduct with underage youth is a crime and a grievous violation of Taylor University policies. It will not be tolerated.”

Taylor University has suffered a number of controversies in the past several years.

In September, the school made national headlines after it fired a longtime philosophy professor because the professor refused to remove a controversial song he had posted to YouTube. In June 2019, Taylor President Paul Lowell Haines resigned amid controversy sparked by the school inviting Vice President Mike Pence to speak at the school’s commencement. And about a year prior to that, the school community was shaken by upheaval caused by an unsanctioned conservative newspaper.

At the university’s request, state police are now conducting the investigation into the allegations of sexual misconduct by the recently fired professor. Anyone with information is urged to contact Detective Maller at 765-475-8111. 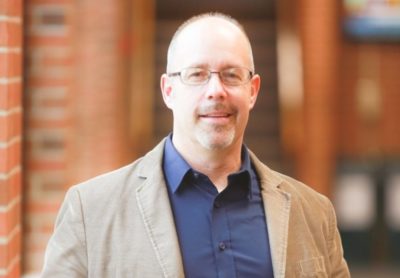 Taylor University fired a longtime faculty member, Jim Spiegel, for – among other things – not adhering to the school’s “Life Together