Two eyewitnesses at a church where author and speaker Bryan Loritts used to pastor have come forward and accused Loritts of participating in an extensive cover-up of sex crimes. And they’re calling out J.D. Greear, president of the Southern Baptist Convention, who has promised to protect sex abuse victims, for recently hiring Loritts at Greear’s Summit Church.

The alleged cover-up began in 2010 at Fellowship Memphis, a multi-ethnic church in Memphis, Tennessee, where Loritts served as lead pastor and his brother-in-law, Rick Trotter, served as the worship pastor.

That year, Fellowship Memphis discovered that Trotter had secretly recorded multiple women, and possibly children, in a church bathroom.

Memphis police say no one reported Trotter’s crimes in 2010. And after Fellowship Memphis fired Trotter, Trotter went on to lead worship at Downtown Church, where he repeated his crimes until he was reported by Downtown Church in 2016.

Loritts claims he had no part in Fellowship Memphis’ mishandling of Trotter’s crimes. And Greear and the elders at Summit say they believe Loritts’ story and stand by their decision to hire Loritts earlier this month.

However, Jennifer Baker, one of several women Trotter secretly videotaped, and Greg Selby, a former lay leader at Fellowship Memphis, say Loritts was deeply involved in covering up Trotter’s crimes.

In an episode of The Roys Report podcast published last Thursday, Baker and Selby allege that the cover-up included destroying evidence, silencing victims and whistleblowers, and seeking to hide financial assistance given to Trotter and his former wife, Heather Loritts.

Baker and Selby say those involved in the cover-up included Loritts, Fellowship Memphis elders, and two other pastors—Lead Pastor John Bryson and Ben Parkinson, who’s now a pastor at a church in Arkansas.

I reached out to Loritts, Bryson, and Parkinson, but they did not respond.

However, prior to Thursday’s podcast, a concerned person forwarded an email that Dave Thompson, an elder at Summit, had sent to him. After the podcast aired, Summit sent me statements from both Summit and Loritts, which I had requested more than a week ago.

In his email, Thompson states that Loritts was given Trotter’s phone containing the secretly recorded videos when it was first found. Loritts then reportedly gave the phone to the Fellowship Memphis elders the day after he received it and says he doesn’t know what happened to the phone afterwards.

However, Selby and Baker say they suspect Loritts either destroyed Trotter’s phone or had it destroyed.

Selby said when he met with Loritts more than a month after the phone had been found, Loritts told him that Fellowship’s lawyer had advised church leaders to throw the phone in the Mississippi River.

Selby said . . . Loritts told him that Fellowship’s lawyer had advised church leaders to throw the phone in the Mississippi River.

Similarly, Baker said when she met with Loritts several months later, Loritts told her that the phone had been destroyed, but wouldn’t tell her who had destroyed it.

Baker also spoke with the woman who found Trotter’s phone in the church bathroom—Rosanne Elmore. Baker said Elmore told her that there were “tons of videos” on the phone, including ones of children.

“(Roseanne) told me that Bryan took the phone, instructed her to go home, and that he would take care of it,” Baker said.

I reached out to Elmore multiple times for comment, but she did not respond.

In the statement Summit gave me, Loritts claims that he never discouraged any victims from reporting Trotter to police and says Fellowship’s elders removed him from dealing with the Trotter case “early in the process.”

However, Selby and Baker say that’s not true.

“There is no way (Loritts) was hands-off on anything,” Baker said, noting that Loritts’ leadership style was very involved.

Selby said that for more than a month after Trotter’s phone was discovered, Fellowship’s elders and pastors refused to tell anyone about Trotter’s crimes. Selby said that when he told church leaders that he was going to tell the congregation himself, the leaders threatened to exercise church discipline against him.

Selby said he then met with Loritts. And that’s when Loritts told him that the church’s lawyer had instructed leaders to throw Trotter’s phone in the Mississippi River.

“There is no way (Loritts) was hands-off on anything,” Baker said, noting that Loritts’ leadership style was very involved.

According to Summit’s statement, Loritts claims that he instructed his staff to report Trotter’s crimes to police and to Child Protective Services (CPS). Summit said it called CPS to confirm, but CPS said it had likely destroyed the records because it keeps information for only a fixed amount of time.

Similarly, the church said its legal counsel also contacted Memphis police, inquiring about a report from Fellowship Memphis. But police said that no such report exists “in-part because they no longer retain such records due to the passage of time.”

However, Baker said she contacted the head of the sex crimes division at the Memphis Police Department in 2010 and asked what had happened to the original report on Trotter. She said the officer did some research and then told her that absolutely no one had ever called police about Trotter.

News reports from 2016 say the same thing. And the joint statement made by Fellowship Memphis and Downtown Church in 2016 says only that none of the victims chose to press charges.

Selby said he and Loritts also discussed financial matters during his meeting with Loritts in 2010. Selby said Loritts asked Selby to help him figure out how the church could pay Trotter and his wife without anyone knowing it.

Selby said he told Loritts that secretly paying Trottter would be illegal because Trotter had wage garnishments against him for tax issues and school loans.

Selby describes his 2010 conversation with Loritts in the clip below:

Baker Says Loritts & Other Pastors Pressured Her Not to Report

“I was basically hysterical,” Baker said. “I had so many questions and couldn’t get any answers whatsoever.”

Baker said Parkinson would not tell her the names of the other victims or whether her daughter, who regularly used the bathroom where the phone was found, was on the videos.

Baker said that during this meeting, Parkinson told her the same thing that Loritts had told Selby—that the church attorney had instructed leaders to throw the phone in the Mississippi River.

She said Parkinson also said that if Baker reported Trotter to authorities, that her video would likely get played in court and become public. Baker said Parkinson also told her that none of the other victims were pressing charges and that the church didn’t want Rick and Heather’s life destroyed.

“It was just paralyzing,” Baker said.

Baker added that Parkinson threatened her with church discipline if she told anyone about what had happened with Trotter.

Several months later, Baker said she met with Loritts and told Loritts that she wanted to report Trotter to authorities. Baker says Loritts then told her that the videos had been destroyed so there wasn’t any point in going to police.

“I was absolutely distraught that . . . I hadn’t been notified that they were going to destroy these recordings—that I didn’t have a say in what was going to happen,” Baker said.

Baker said Loritts wouldn’t tell her who had destroyed the recordings. She added that Loritts told her that if she told anyone about what had happened, the church would exercise church discipline on her.

“(Loritts) said that I had signed the membership covenant and that I was not allowed to talk to anyone about it,” Baker said.

Baker describes her meeting with Loritts in the clip below:

Baker said that when she began to get more vocal about her displeasure with how Fellowship Memphis was handling the situation with Trotter, staff from Fellowship Memphis and a related ministry called Downline Ministries called people she knew and disparaged her.

“They actually had people on staff at Downline and Fellowship reach out to others and tell them that I was lying, that I couldn’t be trusted, that I had been in counseling . . . and that there were grave concerns, which felt like another complete violation,” she said. “And they were bullying me into silence and trying to discredit me just because I was outraged by this.”

Baker said she suspects Loritts knew about the campaign to discredit her because those involved were in Loritts’ discipleship group.

“They actually had people on staff at Downline and Fellowship reach out to others and tell them that I was lying, that I couldn’t be trusted, that I had been in counseling . . . which felt like another complete violation,”

A friend of Baker’s, Cindy Rogers, said that in 2016, when news of Trotter’s crimes finally hit the press, she posted something about it on Facebook. Rogers said Bryan Loritts called her shortly after she posted to Facebook.

“I don’t remember all that was said,” Rogers texted me. “I know I got more frustrated as the conversation went on. Where’s the video? Why wasn’t it turned over to police? And why wasn’t every person contacted who could have been on the video?”

Rogers said she posted again to Facebook, saying that Loritts (or perhaps someone in leadership) had called her. She said Loritts again texted her to express his displeasure.

The Southern Baptist Convention has been reeling from a sex abuse scandal that has rocked the denomination. But President J.D. Greear says he is making sweeping changes to insure that the pattern abuse and cover-up in the church stops. Yet abuse survivor networks say they are alarmed and disheartened that Greear has hired Loritts, given the accusations against Loritts.

In a statement reported by Religion News Service, J.D. Greear responded: “We would not—and I believe you know this—bring any pastor here whom we were not convinced was fully supportive of the direction we believe churches need to go on the prevention of and reporting of abuse and care for survivors.”

Greear added that after Summit’s investigation, “it was clear to us that, for his part, Bryan did not attempt to protect the abuser or discourage victims from pursuing justice.”

Selby said he’s dumbfounded by Greear’s and Summit’s response to the evidence and their belief that Loritts played no part in the alleged cover-up at Fellowship Memphis.

“To me, the discussion that (Loritts) and I had even that day in his office says he was part of the process. So, he knows about this ‘throw the evidence in the Mississippi River’ stuff. He’s part of the process in trying to pay off his sister–or pay off Rick and make it look like he’s not paying Rick . . . He knew about there being minors on (the videos) . . . So one of those two things is false.”

Click here to listen to the full podcast with Baker and Selby.

Coming up later this week, I’ll release part two of my interview with Baker and Selby. In it, they give a stunning account about a recent conference call with Summit leaders. 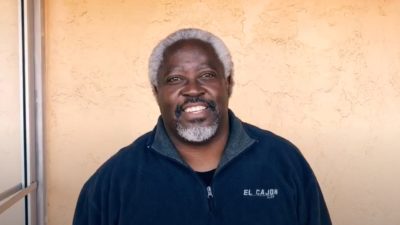 In his first meeting yesterday as leader of the Southern Baptist Convention (SBC) Executive Committee, the Rev. Rolland Slade called on his 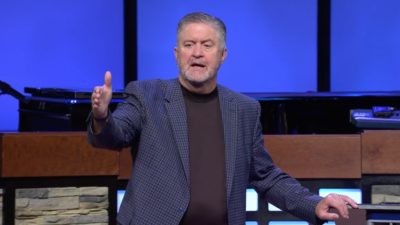 A member of the Southern Baptist Convention’s Executive Committee (EC) has written a letter to his fellow committee members, urging them to