Baucham announced on Feb. 12 that he was returning to America from Zambia to get medical treatment for heart failure and that he was uninsured. He arrived with his wife in Texas on Feb. 16, where Baucham was delayed by the rare snowstorm there from reaching his final destination—Jacksonville, Florida.

However, yesterday, Tom Ascol, the president of Founder’s Ministry, who organized the Go Fund Me for Baucham, tweeted: “(Baucham) & (his wife) Bridge flew directly to the Mayo Clinic in FL last night. He is there now. Please continue to pray for him, Bridget, the doctors & others attending him.”

In Baucham’s most recent Facebook update four hours ago, he announced that his health has improved.

“Someday, I’ll tell the whole story of how the Lord shepherded us here, but for now, I’ll just say we are grateful to be where we are,” he wrote. “Up to this point we have been playing defense (i.e. don’t die!). Now we go on offense (find the problem and fix it).”

The original goal for Baucham’s Go Fund Me was to raise $750,000, but Ascol raised the amount to $1.25 million as donation numbers rose.

“I’ve consulted with medical providers & learned that, w/ the issues he’s facing, he could be looking way more than $1mil in costs,” Ascol tweeted. “I added an update to the GFM page. Please pray!”

The exact nature of the treatment Baucham will be receiving remains unclear. Baucham and Ascol have not publicly announced what the medical procedures are, nor what they will do if there’s money left over.

The Roys Report reached out to Ascol but did not receive a comment.

Heart surgeries can range in cost from $130,00 for less complicated heart surgeries to more than a million dollars for heart transplants.

Baucham announced on Facebook that he had first noticed symptoms at the end of December, but thought they were due to tiredness, not a hereditary heart defect, untreated sleep apnea, and a possible case of pneumonia.

He also asked his followers to donate for his medical needs on GoFundMe, not through his ministry site, and to pray. 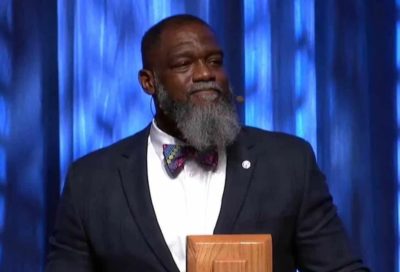 Saying his family is “walking through the darkest valley we’ve ever faced,” pastor and author, Voddie Baucham, has announced he’s battling heart