On Valentine’s Day, 2019, I entered the chapel of the school where I was then teaching. It was the Thursday after the Houston Chronicle published the first few installments of its series “Abuse of Faith,” which blew the lid off of a decades-long sexual abuse scandal in my denomination, the Southern Baptist Convention.

Along with the harrowing stories of sexual violence and cover ups, the Chronicle also compiled a database of 263 “officials and volunteers convicted of sex abuse crimes.” Four offenders were from that state where I lived. And two of those had attended the Southern Baptist school where I was teaching Old Testament and Hebrew.

The speaker’s chapel sermon that morning started out well enough. It was about romantic relationships and what to look for in a spouse—apropos given the holiday. Toward the end of the sermon, though, the speaker addressed the “ladies” in the room, offering his own advice for how to attract a mate.

He said that women should consider themselves like a house, and if their phones aren’t ringing, that’s because they aren’t caring for their house. Specifically, women should “mow your lawn.”

The speaker paused for a moment while the laughter in the room quieted, then (buoyed by the crowd’s response?) he pressed on with his analogy. Women, he said, should be careful who they let into their “houses,” because we all know what we call houses with people coming in and out of them all the time: crackhouses.

I sat in my seat, dumbfounded and deeply sad. I had just learned that hundreds (thousands? who knows?) of women and children—people created in the very image of God—were abused by men who pastored and volunteered at churches in my own denomination. And now, I was listening to a preacher reduce women to objects—houses to be maintained and kept for another’s pleasure.

I had just learned that hundreds (thousands? who knows?) of women and children . . . were abused by men who pastored and volunteered at churches in my own denomination. And now, I was listening to a preacher reduce women to objects—houses to be maintained and kept for another’s pleasure.

Immediately, I raised objections to the sermon to my administrators. Sadly, they responded by trying to bully me into silence. And soon afterwards, I resigned.

But as I’ve reflected on that experience, I’ve realized that at the root of this type of preaching, and abuse in general, is a denial of a fundamental tenet of Christianity—that every human being is made in God’s image. And if we want to stop abuse in the church, Christians must once again embrace that humans are not merely objects for others’ enjoyment, but reflections of our Creator.

That may sound elementary to you, but this belief in the imago dei has changed everything about my life. How I talk to my kids, the way I interact with my wife, the food I eat, the films I watch, the websites I visit. All of it.

Theologians and normal folks have spent a lot of time talking about what exactly the image of God is. But there is important cultural clue that can help us discover what it means to be made in God’s image.

In the Old Testament world, this word “image” referred to little statues that kings would fashion, which looked like them. They would set them up around their kingdom, placing them at the very edges of the kingdom as boundary markers to show that the land the “image” was on belonged to the king.

These statues were also placed in other spots around the kingdom, all with the intention of showing the people that the king was, well, the king. They reminded the king’s subjects who their lord was.

So, when the Old Testament uses this word “image” to talk about the creation of humans, it has in mind at least the idea that the image-bearers—humans—would remind everyone else who owned the kingdom. They were, in a very real sense, extensions of the King who created them, and wherever these images were, they extended the King’s rule to that place.

Thus, being created in God’s image sets humans uniquely apart from the rest of creation. They are the representations that the King made to demonstrate his rule over his kingdom.

Thus, being created in God’s image sets humans uniquely apart from the rest of creation. They are the representations that the King made to demonstrate his rule over his kingdom.

More importantly for our own cultural moment, it sets men and women in equal relationship to each other. They both bear God’s image—not one more or less than the other—as his representatives on earth.

In trying to make sense of the abuse and betrayal of so many in the church—first by the abusers themselves, and then by the leaders who covered up or excused abuse—I find myself returning to this key truth found in Genesis 1:27: “(I)n the image of God he made them. Male and female he made them.”

This has been my grounding as I have searched for a way to process my own experiences and the experiences others have shared with me.

Genesis 1:27 is significant for those of us who once were blissfully unaware of the depths of abuse in our churches, for it secures our understanding of who and what people are. Despite any theology or ideology or actions to the contrary, people are people. They are not objects.

Being convinced in our bones that this is true means that when we see the exploitation of the weak and the protection of the powerful, we know that it is not how the Bible envisions things. A person’s value lies in their creation in God’s image. And that doesn’t rise or fall according to how much power they have.

This is key because the more you listen to survivors of abuse in the church, the more you’ll struggle (or at least the more I struggle) with holding to the same faith professed by abusers and enablers of abuse.

Genesis 1:27 also gives us courage for speaking plainly against abuse and the systems that enable it.

So, when we hear sermons or podcasts or songs or lectures that degrade people, we can dismantle that teaching with the confidence that our view of humanity is grounded not in what a pastor or some other person says, but in Scripture. Such confidence in who humans are gives us courage to stand up with, and for, survivors of abuse. We know that regardless of the consequences, and there will be consequences, our stand is righteous.

Finally, as we reckon with sexual abuse in the church, Genesis 1:27 shows how abuse survivors should view themselves, and how other Christians should relate to them. Trauma survivors are much more than a series of horrific sins committed against their bodies and souls. They are image-bearers.

So, it will not do to proffer up theological niceties about forgiving and forgetting. Instead, we must weep, mourn, love, laugh, embrace, listen, think—in short, we must do all those things that make us humans in the first place.

And we must realize that abuse does not begin in the actual physical or verbal act. It starts in the heart and mind. That’s where somehow the thought got lodged that all humans are not actually human, that they are not images of God reminding us of his rule over all the earth.

That is why confronting the sexual abuse crisis—while holding on to my faith in the midst of it—has meant grabbing on to Genesis 1:27 with all I am. 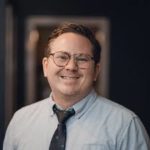 Russell L. Meek (PhD Midwestern Baptist Theological Seminary) is a speaker, writer, and professor who specializes in the Old Testament and its intersection with the Christian life. You can visit him online at RussMeek.com.

For decades, a handful of leaders in the nation’s largest Protestant denomination treated sexual abuse survivors as enemies of the church, denied 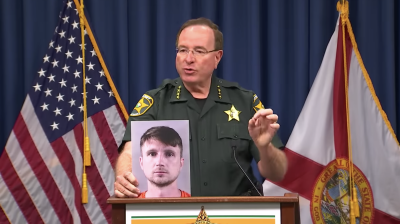 As controversy swirls over church mishandling of possible sexual misconduct, one church in Florida did it right, a sheriff says — and

26 thoughts on “Opinion: Why Sex Abuse is Rampant in the Church”