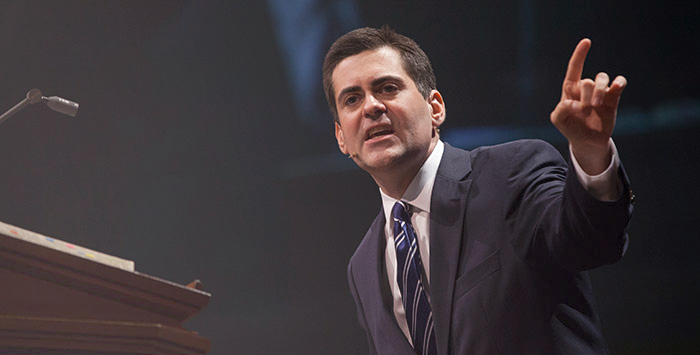 Why You Should Support Russell Moore, Even If You Disagree With Him

Moore is in hot water because he opposed Donald Trump during the campaign, accusing Trump of lacking a “moral compass,” inciting racial division, and harboring an attitude toward women like that of “a Bronze Age warlord.” This didn’t sit well with many Southern Baptists, who largely supported Trump. Exit polls showed a walloping 80% of evangelicals voted for Trump, many of whom, I’m sure, are Southern Baptists.

I’m not sure prominent Southern Baptists want leaders. They seem to prefer lemmings — people who will poll their constituency and then speak only what the majority want.

In addition, some very prominent Southern Baptist pastors stumped for Trump, including former Arkansas Governor Mike Huckabee and Pastor Robert Jeffress of First Baptist Dallas, a church with a congregation of 12,000. Now, some of these Southern Baptists are trying to oust Moore, and are calling on churches to stop financially supporting the ERLC if Moore continues to lead it. “There are a number of churches that I have heard of in the SBC, fairly large churches, that are going to withhold their funds from the ERLC until this gets straightened out,” said Bill Harrell, a pastor who served on the SBC committee that created the ERLC. Similarly, Pastor Jeffress told the Wall Street Journal that supporting the ERLC may not be the “wisest expenditure.”

But the reasons Baptist leaders give for firing Moore have nothing to do with his fidelity to the gospel or the mission of the ERLC. The ERLC ostensibly exists to assist churches “by helping them understand the moral demands of the gospel” and applying “Christian principles to moral and social problems and questions of public policy.” This is precisely what Moore did when he highlighted the moral failings of Donald Trump. Even if one decided that these failings weren’t sufficient to disqualify Trump – or that the alternative was so awful that supporting Trump was warranted – it’s hard to argue that Moore didn’t do his job.

Moore argued his convictions based on his understanding of Scripture, despite overwhelming pressure to stay silent. Agree or disagree with his position, one has to admit that this is precisely what good leaders do. Yet I’m not sure prominent Southern Baptists want leaders. They seem to prefer lemmings — people who will poll their constituency and then speak only what the majority want.

Moore argued his convictions based on his understanding of Scripture, despite overwhelming pressure to stay silent. Agree or disagree with his position, one has to admit that this is precisely what good leaders do.

“I am utterly stunned that Russell Moore is being paid by Southern Baptists to insult them,” said Governor Huckabee. Similarly, former SBC President and megachurch Pastor Jack Graham, who serves on Trump’s evangelical advisory board, said of Moore’s anti-Trump comments: “There was a disrespectfulness towards Southern Baptists and other evangelical leaders, past and present.” Graham added that “(Moore’s) going to have no access, basically, to President Trump.”

So apparently, Baptists don’t want a leader at the helm of the ERLC who speaks prophetically into the culture. Instead, they want someone who will curry favor – not just with prominent Southern Baptists, but with people in power. They don’t want prophets like Nathan, who confronted even King David; they want ones like Balaam, who for a price, considered cursing Israel, and eventually gave a pagan king information on how to entice Israel to sin.

We have plenty of leaders who… speak quite indignantly about moral issues when it applies to someone outside their tribe. But if it applies to a cherished ministry partner or friend, they go dumb.

This is precisely what’s wrong with evangelicalism today. It’s full of Balaams. We have plenty of leaders who will say either what popular culture demands, or their constituency wants. They’ll speak quite indignantly about moral issues when it applies to someone outside their tribe. But if it applies to a cherished ministry partner or friend, they go dumb. Or, if their constituency changes and now approves of immorality, they’ll switch positions. We’re great at preaching to the choir. But swimming against the current? Not so much.

A friend of mine, Wendy Seidman, spent nearly two decades spearheading training and development for the Willow Creek Association, and now owns a consulting firm called GotInfluence?. Over the years, Wendy’s clients have included megachurches, Christian schools, and one of the largest Christian relief organizations in the U.S. She confirms what I have long suspected – that evangelicalism is suffering because its leaders lack courage.

These leaders often start out well, she said. They come up with a great plan and begin initiating that plan. But inevitably, they hit a wall – a crisis that demands that they take action that is painful and risky. Sadly, the majority of these leaders succumb to fear and fail to take courageous action at this crucial crossroads, she said. And instead of leading their organization to the next level, they enter what she’s termed the “doom loop” – a series of bad and cowardly decisions that lead to their decline, and the decline of their organization.

I fear evangelicalism is in this doom loop today. We’re increasingly succumbing to culture – and we’re often led by people who are more concerned about offending friends than honoring God. If we’re ever going to thrive, it’s going to take real leadership – leadership that’s willing to say what’s unpopular and follows God, rather than men. It’s also going to take a constituency that supports prophetic leaders, even if they sometimes disagree with them. No leader will be right 100% of the time. Yet as Proverbs 27:6 says: “Faithful are the wounds of a friend; but the kisses of an enemy are deceitful.” Christian leaders who are willing to speak the unpopular truth are an endangered species. Rather than attack them, we should cherish and encourage them.

Christian leaders who are willing to speak the unpopular truth are an endangered species. Rather than attack them, we should cherish and encourage them.

I have some supporters who do that. Like many Southern Baptists were with Moore, they were upset with me after the election. They didn’t support Trump in the primaries. But when he won the GOP nomination, they got behind him in an effort to preserve religious freedom and the sanctity of life, and also to save America from Hillary Clinton, whom they regarded as thoroughly corrupt. I agreed with their assessment of Clinton, and published articles expressing my thoughts. Yet I also published articles openly critical of Trump, which they felt went too far and undermined Trump’s candidacy.

In the past, these friends have financially supported projects I’ve led. They’ve also supported me with prayer and wise advice when I’ve need it. Yet when we met after the election, I fully expected them to withdraw their support. But they didn’t. Yes, they aired their disapproval and pointed out where they felt I erred. And I listened. I deeply respect these friends. But at the end of the meeting, they reiterated that they believe in me and what I’m doing. They knew I acted according to my convictions. And even though we didn’t see eye-to-eye this time, they expressed that they would prefer I follow my convictions than violate my convictions to please them.

Every Christian leader should be so blessed to have friends and supporters like that. I risked far less than Russell Moore did when I spoke out during the election. The organization I work for, Moody Radio, didn’t pressure me one way or the other. And though some of those who follow my blog or read my articles on facebook expressed dismay, few rejected me for my opinion of Donald Trump. But Russell Moore put his job and livelihood on the line to do what he thought was right. He should be rewarded for that, not censured. And I’m heartened that thousands have rallied to his side, using the hashtag #IStandWithMoore to express their support. Russell Moore is a rare and courageous leader at a time when evangelicals desperately need courageous leadership. Southern Baptists need Russell Moore. Evangelicals need Russell Moore, and more leaders like him.

A member of the Southern Baptist Convention’s Executive Committee (EC) has written a letter to his fellow committee members, urging them to 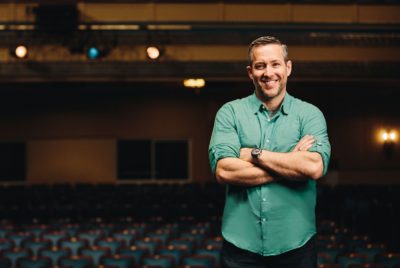 Two eyewitnesses of an alleged cover-up of sex crimes are accusing J.D. Greear and The Summit Church of conducting a “sham” investigation

14 thoughts on “Why You Should Support Russell Moore, Even If You Disagree With Him”