A former dean at Liberty University has presentó una demanda in a Virginia court, alleging he was fired for reporting “disturbing violations . . . of state and federal law” to university leadership.

The suit, filed in the Lynchburg Circuit Court on Thursday, claims John Markley, former administrative dean for academic operations, was terminated without cause by the university on June 24 as an act of “retaliation.”

“Dr. Markley’s position provided an eye-opening perspective on the inner workings of a multi-billion-dollar enterprise that operated to maximize profits without ethics and at the expense of truth and those willing to fight for it, and to the detriment of the students, and professors,” the suit says.

Liberty University claims Markley’s termination was due to “reorganization,” according to the suit. It adds that Markley worked directly under Scott Hicks, Liberty provost and chief academic officer, who served under Liberty President Jerry Prevo.

Neither Markley nor representatives from Liberty University responded to requests for comment from El Informe Roys (TRR) prior to publication.

The complaint states that Markley, who started as an adjunct faculty member in 2008, began voicing concerns in early 2018, a year after he was given a full-time position at the university.

The suit cites a “non-exhaustive” list of 15 complaints that Markley raised. These included potentially fraudulent management of the university’s corporate and charitable organizations, attempts to obstruct “Title IX and corrective measures to combat sexual assault on campus,” and conflicts of interest amongst groups meant to “investigate incidents of wrongdoing at (Liberty University).”

Markley’s complaint follows a similar lawsuit by Liberty’s former Vice President of Communications Scott Lamb in October 2021. Lamb alleged that he was fired after he brought up potential Title IX violations to multiple members of the university’s leadership team. The suit is ongoing.

Concerns that the university has failed to cooperate with Title IX regulations are not new. A class-action lawsuit by 22 Jane Does, first filed in July 2021, alleged that Liberty had created an unsafe environment, “enabling on-campus rapes.”

All but two of the Jane Does reached a settlement with the university in May. One of those who refused to settle told TRR the university retraumatized her during mediations and offered her a low-ball settlement.

Other faculty members have accused university leadership of using school funds for their own financial gain.

Arguing that Markley’s speech is protected under Virginia law, the suit asks that the university provide the professor with recompense of $20 million and reinstatement at the university. 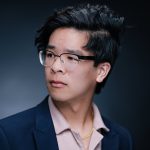 Curtis Yee is a faith and culture reporter based in Washington D.C.