A lay leader of a second Chicago-area church in a conservative Anglican diocese has been accused of sexual abuse, according to a statement from church leaders.

“Our leadership has become aware of information involving credible allegations of serious sexual misconduct and abuse of a female adult from former Greenhouse Movement staff member Joel Girard during his time serving on the Cornerstone Anglican Church staff,” the Anglican Diocese of the Upper Midwest announced in early August.

Reached by telephone, Girard declined to comment about the allegations.

Cornerstone is the second church in the Greenhouse Movement, a church-planting organization sponsored by the diocese, to face abuse allegations.

Last month, Upper Midwest Diocese Bishop Stewart Ruch III announced he was taking a leave of absence after admitting he made a “regrettable error” in failing to inform the diocese about allegations of abuse at Christ Our Light Anglican Church in Big Rock, Illinois.

Mark Rivera, formerly a lay catechist at Christ Our Light, has been charged with multiple counts of felony child sexual abuse and sexual assault and faces trial this fall. Rivera is also a former volunteer leader at Church of the Resurrection in Wheaton, Illinois, where the Upper Midwest Diocese is headquartered.

The Anglican Church in North America is expected to name a task force to oversee an investigation of the diocese’s handling of the Rivera allegations next week. Andrew Gross, spokesperson for ACNA, said the diocese would not have decision-making authority in the investigation.

Gross said the task force, known as a provincial response team, will be responsible for hiring a firm for the investigation. The diocese had previously contracted with Grand River Solutions to review its handling of abuse allegations; that contract is now on hold.

A spokesperson for the diocese told RNS that the bishop’s council and Cornerstone are overseeing the response to the more recent allegations of abuse. The diocese declined to comment on the specific allegations, saying that the church member who reported them asked that the matter be kept in confidence.

“We are committed to doing everything in our power to prevent abuse from transpiring within our diocese,” the diocese told RNS in an email. “We desire to learn all we can to more thoroughly equip church leaders, staff and volunteers to prevent and identify abuse, and respond with trauma-informed care. We intend to help each of our churches become a refuge for anyone who has been victimized and enable staff to help empower all who may be survivors of abuse.”

The ACNA was formed in 2009 after splitting from the Episcopal Church and the Anglican Church of Canada over the two denominations’ acceptance of LGBTQ clergy and same-sex marriages. Still a young organization, ACNA is relatively decentralized — each diocese has its own governance rules.

Complicating matters, ACNA has both geographic dioceses — such as the Diocese of the Upper Midwest — and dioceses formed according to churches’ theological stances, such as on the affirmation of women’s ordination.

As a result, dioceses sometimes overlap. Wheaton, Illinois, a Chicago suburb where the formation of ACNA was first announced in 2008, is home to ACNA churches from three ACNA dioceses — the Upper Midwest Diocese, Pittsburgh and Churches for the Sake of Others.

Each diocese has its own set of governance rules. In the Pittsburgh and Churches for the Sake of Others dioceses, there is more shared leadership. The Upper Midwest Diocese, where the abuse allegations have taken place, places few checks and balances on the bishop’s authority.

“On paper, no matter what personalities are filling these roles, there are significant structural flaws that could lead to conflicts of interest. The person with the most spiritual gravity might dominate,” said Aaron Harrison, an ACNA priest in the Wheaton area who is affiliated with the #ACNAtoo advocacy group. “The bishop, per the Constitutions and Canons, enjoys an enormous amount of unitary power.”

Part of the denomination’s response to the accusations in the Upper Midwest Diocese will be to name a group of ACNA representatives to examine the diocese’s overall structure, which has been criticized in the wake of Ruch’s leave of absence.

Critics of Ruch argue too much power is consolidated in the hands of the bishop. Until recently, Ruch’s brother and friends sat on the bishop’s council that oversees the diocese, and key leadership roles were filled with friends and former parishioners from Church of the Resurrection, where Ruch had served as pastor.

Several members of the bishop’s council with ties to Ruch stepped down during the investigation and were replaced by newly elected deans who represent groups of churches in the diocese. The status of those new council members will be determined once the investigation is completed, said Gross.

Questions have also been raised about oversight of the Greenhouse Movement, one of a pair of church planting operations Ruch oversaw.

Greenhouse has a complicated relationship with the Upper Midwest Diocese. The church planting network is a separate nonprofit that works in several dioceses and is also a deanery — a group of parishes represented by a clergy member, known as a dean, who sits on the bishop’s council. Canon William Beasley is currently taking a temporary leave of absence as dean of Greenhouse, pending the investigation.

That deanery arrangement is highly unusual, said Gross. Greenhouse also had a practice of using voluntary missionaries in pastoral roles, with little training.

This isn’t the first high-profile sexual abuse case in the ACNA.

“The thing with St. Peter’s is that they got it right,” said Harrison. “The bishop put an injunction on Eric within 24 hours of receiving an allegation. He called in GRACE, and they did an investigation and published a public report.”

Gross said that any potential discipline against Ruch would be handled in accordance with the ACNA’s rules. 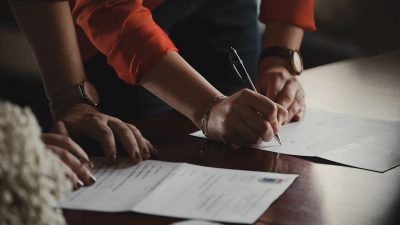