Meet Melissa Ohden. Ohden survived an abortion in 1977. She’s a person pro-choice activists want to ignore. Pro-choice activists say they care about human rights. But what about Ohden? Can you look her in the eye and say she shouldn’t exist?

The ad is incredibly powerful, and highlights a sad reality of which few Americans are aware. I wish every American would watch this ad and share with their neighbors.

“Abortion advocates need to look these survivors in the eye and come to terms with the fact that they are human, that their lives matter, and that choice is more than a word: it’s a person.”

“We can’t think of a more important time to come together and challenge the world to face the ‘choice’ of abortion and encourage people to ultimately find healing and create a culture of life,” Ohden said. Similarly, Lyric Gillett, the executive director of Faces of Choice, added, “I am convinced that the key to changing the cultural conversation about abortion is within the voices of the survivors. The idea behind this initiative is that every great civil rights or humanitarian movement of our era has had an actual face of a survivor attached to it, giving it meaning outside of a nebulous concept. . . .  Abortion advocates need to look these survivors in the eye and come to terms with the fact that they are human, that their lives matter, and that choice is more than a word: it’s a person.”

I’m excited that Ohden will be joining me for an upcoming The Roys Report podcast. Stay tuned for more information on that. In the meantime, please share this ad widely, and also pray for its distribution. The team that produced it worked for months to have a shorter version of it play during the 2020 Super Bowl, but the network stonewalled. The team is currently in talks with other networks and outlets, so let’s pray God opens doors! 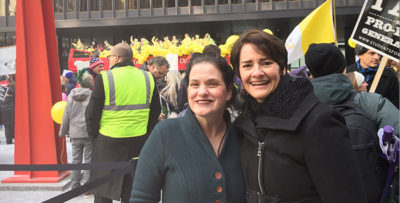 Abortion Survivor Predicts Roe v. Wade Will Be Overturned in Our Lifetime

Last weekend, I had the incredible privilege of meeting abortion survivor, Gianna Jessen, in person at the March for Life Chicago. About 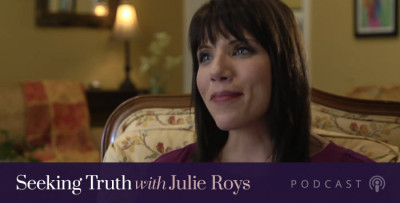 If Fetuses Aren’t Human, Then What Is Abortion Survivor Melissa Ohden? 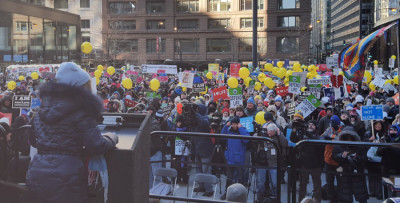 This past Sunday, my husband, two of my children and I had the privilege of joining thousands other pro-life activists in Chicago

4 thoughts on “Powerful New Ad Features Abortion Survivors: “Can You Look Me in the Eye & Tell Me That I Shouldn’t Exist?””