In 2015, James MacDonald went on a worldwide missions trip that was so stressful, he needed a safari in South Africa to help him recover from it. At least, that’s what MacDonald, the recently-fired founder of Harvest Bible Chapel, claimed to justify the church paying for the safari for him and two others, according to his bodyguard at the time, Jacob Ross.

But that’s not all.

In a letter Ross submitted to Harvest leadership in late January and was recently leaked to me, Ross writes that MacDonald wasn’t satisfied with his initial budget of $5,000 for the safari. “James decided he wanted to shoot a high value animal,” Ross writes, “a sable to be specific, which cost $15,000 to $20,000.”

So, Ross writes that MacDonald called Fred Adams, former Harvest CFO, and got him to wire additional money from the church to the safari company, “citing his stress from the trip and need for a relaxing vacation doing something he enjoyed.”

“’James decided he wanted to shoot a high value animal . . . a sable to be specific, which cost $15,000 to $20,000.’ So, Ross writes that MacDonald called Fred Adams, former Harvest CFO, and got him to wire additional money from the church.”

Ross also writes that on the same missions trip, Harvest paid for a three- to four-day stay at a resort in the Dominican Republic for MacDonald, Ross, and Harvest Executive Pastor Jeff Donaldson. (Both Donaldson and Ross had also joined MacDonald on the safari.)

Not only did Harvest pay for the three men, Ross wrote, the church also paid for their wives to fly out and join them. “Again, James justified this expense as the result of the extreme stress he was under on the trip.”

These are just two of numerous incidents in Ross’ letter, showing that MacDonald lived large on the church’s dime. Plus, Ross is not the only former Harvest employee alleging these things. A letter by another former employee alleges that while Harvest was imposing “austerity measures” like removing the coffee and water dispensers, MacDonald was remodeling his office for $150,000 and authorizing a $40,000 fence for a whitetail trophy deer herd at Camp Harvest.

These expenditures were in addition to MacDonald’s salary, which the church continues to keep private. However, Dave Corning, a founding elder who chaired the elder board for 21 years, told me that in 2009, MacDonald was making a combined $550,000 from both the church and Walk in the Word, MacDonald’s broadcast ministry.

Ross’ letter was one of six letters by former and present staff that were presented to Harvest elders about five weeks ago, according to Elder Dan George and former Elder Mike Dunwoody.

These letters are devastating, documenting scores of incidents where MacDonald mocked, threatened, and belittled staff, contractors, and other Christian leaders; lied and reneged on promises; raged at those around him; and prospered financially at the church’s expense. I reached out to the church and MacDonald for comment about these letters, but they did not respond.

“Dunwoody and George said when the elder board met on February 5th, Harvest Assistant Senior Pastor Rick Donald . . . adamantly opposed releasing the letters. So they were withheld.”

I have read all six of the letters, though only five were given to me to publish. I am releasing information today from two of them, which relate to finances—Ross’ letter and a letter by Dean Butters, former executive director of business operations at Harvest. Both Ross and Butters authenticated their letters with me but declined to comment due to non-disclosure agreements.

Dunwoody and George said these six letters were key in the board’s decision to fire MacDonald. (The final straw was MacDonald’s vile recorded comments that were aired on Mancow Muller’s Chicago radio show.)

But Dunwoody and George added that the full board almost didn’t get to see the letters. They said most of the letters initially were sent to Campus Pastor Greg Bradshaw, who had been asked by the board to review the letters with three other elders. Dunwoody and George said when the elder board met on February 5th, Harvest Assistant Senior Pastor Rick Donald, who was on the board at the time but has since stepped down, adamantly opposed releasing the letters to the board. So they were withheld. I reached out to Donald for comment, but he did not respond.

However, George said he was able to obtain all the letters independently soon after that meeting. And on February 7th, George and several elders met with MacDonald at Harvest’s Elgin campus. And at that meeting, George said he presented the letters to the group, and MacDonald argued that the letters should not go to the elders. Instead, MacDonald said they should go to Crossroads Resolution Group, the company Harvest had hired to manage their “reconciliation process” with aggrieved parties.

George said Donald and Elder Steve Huston, who chaired the elder executive committee before it was dissolved, argued strongly in favor of MacDonald’s suggestion.

Despite their wishes, George distributed the letters to the other elders—the last of them going to the board on February 12th, the same day MacDonald was fired.

Like Ross, Butters’ letter documents numerous incidents where MacDonald spent the church’s money to support his lavish lifestyle. And apparently, MacDonald’s African safari was not an isolated incident. Butters writes that MacDonald “led various hunting trips throughout the U.S. and Africa for his friends and couched them as a business expense.” 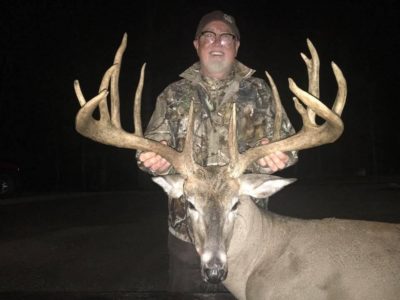 Butters also said that when MacDonald moved from his Inverness home to his Elgin home, the church paid $50,000 to move and store his personal possessions. Butters added that MacDonald also donated a broken hot tub to the church that cost more to fix than to replace. Yet according to Butters, MacDonald took an $8,000 tax write-off for the donation.

Butters letter also reveals that MacDonald and other executives at Harvest were given bonuses when the church hit certain “revenue target(s).” He adds that one year, someone manipulated the books, attributing income from Camp Harvest to the general fund so church executives would qualify for bonuses.

It’s not clear how the church justified paying for MacDonald’s lavish personal expenses, or how these expenses were budgeted. I sent emails this week to the elder board, as well as Harvest CFO Jeff Sharda, but no one responded.

However, as I reported earlier in WORLD Magazine, two former Harvest executives said the church hid about 20-percent of its budget from all but top church staffers and the executive committee (EC). Both said this so-called “black budget” was controlled by Fred Adams.

Also, this week, Bill Sperling—a former member of the EC and a current elder and church treasurer—gave some insight to MacDonald’s spending at a question and answer meeting. According to Sperling, the church maintained an “executive checkbook” that amounted to one-percent of the annual income of the church—about $250,000. Sperling admitted that this “checkbook” was “too liberal” and “not dotting i’s and crossing t’s.” He added that members of the former executive committee knew about this checkbook, as well as the auditors. (Capin Crouse conducts annual audits of Harvest.)

“According to Sperling, the church maintained an ‘executive checkbook’ that amounted to one-percent of the annual income of the church—about $250,000. . . . He added that members of the former executive committee knew about this checkbook, as well as the auditors.”

Sperling’s account seems consistent with what Ross wrote in his letter. Ross said that MacDonald had a church credit card “that was given outside of normal church protocol—set up directly through Fred (Adams).” Ross said he and MacDonald’s former assistant, Chiquita Brown, were also issued credit cards tied to that account.

Ross said he was instructed to put “anything related to James on James’ card.” At the end of each month, Ross said he would give the card statements directly to Adams with descriptions of each charge. Ross said these monthly charges were “regularly in excess of $10,000,” and occasionally as high as “$20,000 to over $30,000.”

Ross said in 2015, MacDonald instructed him to book a vacation at a resort in Naples, Florida, for MacDonald and his wife, Kathy, and to charge it to his church-issued credit card. Ross said MacDonald authorized him to spend “whatever was necessary.” Ross added, “(MacDonald) told me he’d call Fred and his friends on the elder board to justify the expense as necessary due to the tough year he had and the toll it took on him.” Ross said the vacation cost more than $20,000.

According to Rusty Leonard of the watchdog group, Ministry Watch, using church funds for personal use normally qualifies as embezzlement. However, if MacDonald’s spending was approved by the executive committee, it’s not legally embezzlement because the board gave MacDonald the cover he needed to take the money.

However, Leonard said he suspects the IRS might view some of MacDonald’s expenditures as income. So, if MacDonald didn’t pay tax on that income, it could be considered tax evasion.

Ross & Butters Break Silence Due to Hope for Change

Ross said he left his position after continued berating by MacDonald, calling him “stupid,” “incompetent,” “worthless,” and “of no use to him,” proved too much. Ross said he remained silent until now because of a mixture of fear and a desire to not “harm my church.”

He said he finally broke his silence because he believed the vast majority of staff, elders, and members of Harvest are “not privy to many of the situations” he highlighted in his letter. Ross added, “Those who are seeking to make the correct decision regarding the future of Harvest Bible Chapel simply can’t without the correct information.”

Similarly, Butters writes that he left the church because his “ability to continue believing the best about (the leaders over him) diminished.” He added that the “things I was seeing with my eyes, hearing with my ears, and feeling in my soul became more convincing than the narrative that was continually being spun.”

Butters said he wrote his letter “with the hope that it will help to prevent others from being spiritually manipulated and brutalized by James MacDonald and others at Harvest Bible Chapel who carry out his commands.” 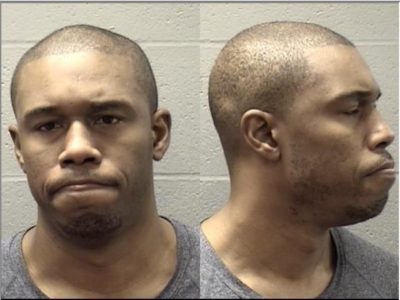