Sam Horn Resigns as President of The Master’s University and Seminary, Capping Three Years of Tumult

Dr. Sam Horn has resigned as president of The Master’s University and Seminary (TMUS), the school and university associated with John MacArthur’s Grace Community Church.

According to the school’s website, Horn submitted his resignation on Friday, but the change was not announced until Monday.

Horn’s resignation caps three years of tumult and transition at TMUS, after the school was placed on probation in 2018 by its accrediting body, the Western Association of Schools and Colleges Senior College and University Commission (WSCUC).

As part of the effort to comply with WSCUC, MacArthur stepped down as TMUS president—a position he had held for four decades—and moved into the role of chancellor emeritus. Taking MacArthur’s place on an interim basis was Dr. John Stead, who was replaced less than a year ago by Horn.

Sometime over the past year, WSCUC lifted its probation on TMUS.

TMUS did not give a reason for Horn’s resignation, but merely stated that the “board is grateful for several important institutional milestones that were reached this past year.” These milestones include the school’s reopening during the COVID-19 pandemic and reaffirmation of accreditation by WSCUC.

“This past year has been one of the most challenging years in higher education and we are grateful for our entire leadership team during this unprecedented time,” TMUS stated. “In the coming days, the Board of Directors will appoint an interim president and begin the process of looking for the next president.”

This past January, a student at The Master’s Seminary died after contracting COVID-19. According to a former student at TMUS, the school flagrantly violated COVID-19 guidelines and mocked students who complied with them.

TMUS has not responded to numerous requests for comment concerning its handling of COVID.

Of the five reasons cited by WSCUC in 2018 for placing TMUS on probation, four related to MacArthur’s former role as president of TMUS.

In its report, WSCUC stated that the TMUS board lacked independence because many of the board members were employed by TMUS or another organization MacArthur heads.

WSCUC also found the management of TMUS was characterized by “a climate of fear, intimidation, bullying, and uncertainty.” And it found conflicts of interest with MacArthur’s son-in-law “supervising a contract from which he benefits, as well as institutional aid that exceeds typical aid awards being awarded to friends and relatives.”

Additionally, WSCUC found that MacArthur operating as CEO of the school was not in compliance with accrediting standards and required that the school name a full-time administrator as CEO for reaccreditation.

Horn formerly was the executive vice president for enrollment and ministerial advancement at Bob Jones University. He holds bachelor’s and master’s degrees in Bible and a PhD in New Testament Interpretation from Bob Jones. He also has a DMin in expository preaching from The Master’s Seminary.

When Horn was hired, the board of directors at TMUS, which unanimously approved Horn’s hiring, described Horn as “a Master’s man” and said it was “convinced that God has brought us the right leader to guide these schools into the future.”

The board added it was grateful “Dr. MacArthur will remain Chancellor Emeritus, providing the extraordinary spiritual wisdom that has served us so well for nearly four decades.”

The Roys Report has just received audio of the announcement of Dr. Horn’s resignation given in the chapel at The Master’s University (TMU) today. In the announcement, Abner Chou, John F. MacArthur endowed fellow, implies that Horn resigned because of complaints that Horn was “quick tempered or pugnacious,” and therefore, disqualified from service as an elder. Chou states:

You might remember 1 Peter 5, it says we don’t Lord it over others. And we don’t exercise authority in a way that’s quick tempered or pugnacious. You might remember that from Titus chapter one, verse seven. That is God’s Word. Those qualifications are non-negotiable. We understand that. You can’t bend on those things. We can’t accept when people do. Those qualifications—TMU takes them very seriously, because we recognize that they lie at the core of our credibility as spiritual leaders.

Sadly, in recent weeks, significant concerns from multiple sources—faculty, staff, and students—were raised about the nature of Dr. Horn’s leadership along the lines that I just mentioned, and strictly along those lines. Does this make sense to everybody? Do not read anything beyond it—just the things that I just listed.

These concerns were brought to the attention of senior administration of both TMU and TMS. They were shared with human resources, as well as the board of directors. Having been notified that these concerns have been raised, Dr. Horn determined that the best course of action was to submit his resignation, which he did last week.

Below is audio of Chou’s announcement to TMU students: 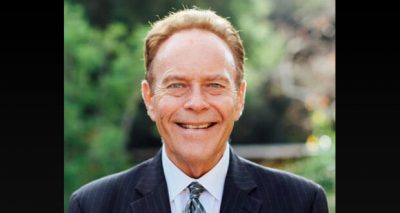 A director at John MacArthur’s The Master’s University in Santa Clarita, California, is facing felony embezzlement and perjury charges, stemming from the 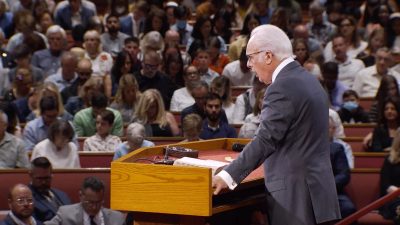 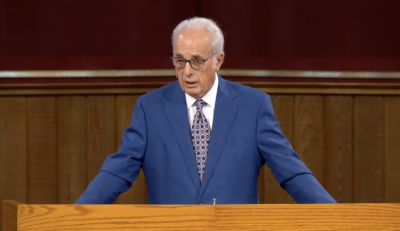 94 thoughts on “Sam Horn Resigns as President of The Master’s University and Seminary, Capping Three Years of Tumult”