Hers was the ethereal voice “America’s Got Talent” host Terry Crews said “we all need to hear this year.”

Jane Marczewski’s performance of her original song “It’s OK” won her the coveted Golden Buzzer from TV’s toughest judge, Simon Cowell, earlier this week on the NBC show, showering the singer, who performs as Nightbirde, with confetti and sending her straight through from the pre-taped auditions to the live shows later this season.

Her performance visibly moved the show’s judges and has been shared widely on social media, racking up 11 million views on YouTube alone and sending “It’s OK” to the top of Apple Music charts.

What fans of the popular show may not realize is that the song also came from a place of deep faith.

Marczewski, 30, described her song on the show as “the story of the last year of my life,” including a cancer diagnosis with a 2% chance of survival.

“I have had cancer three times now, and I have barely passed thirty,” she wrote in a recent blog post.

“There are times when I wonder what I must have done to deserve such a story. I fear sometimes that when I die and meet with God, that He will say I disappointed Him, or offended Him, or failed Him. Maybe He’ll say I just never learned the lesson, or that I wasn’t grateful enough. But one thing I know for sure is this: He can never say that He did not know me.”

Marczewski had what she describes as a “charismatic upbringing” in Zanesville, Ohio, where she attended a Christian school and church.

She began pursuing music as a student at Liberty University, the private evangelical Christian university in Lynchburg, Virginia. Before graduating in 2013, she led worship at her church, performed at venues around the Lynchburg area and was a “favorite at Liberty’s biannual Coffeehouse,” according to an article in the school’s Liberty Journal.

“If I had not come to Liberty, I don’t think that I would be doing this. It was pounded into my head that I needed to pursue what I was passionate about,” she told the magazine.

But her dream of performing “became way too important for me,” she said on an episode of a podcast called “Then God Moved” released in March, and she set aside music for three years.

She was living in Nashville — popularly known as Music City — and ready to begin performing again when she was first diagnosed with breast cancer at age 26.

“It sent me into really deep questioning with God,” she said on the podcast.

Her second diagnosis — with “innumerable” tumors in her lungs, lymph nodes, liver, ribs and spine — came two years later, during what she described on “Then God Moved” as an even darker time. Doctors told her she had six months to live. Her husband of five years told her he was leaving her.

Her faith briefly wavered until, she said on the podcast, she made “peace with my life and my story looking differently than what I would’ve written.”

She traveled to California for treatment and was declared cancer-free four months later.

On “Then God Moved,” Marczewski shared the biblical parable of the weeds, in which a farmer declines to pull up weeds growing alongside his wheat for fear it will also uproot the wheat.

“God didn’t cause this cancer. The enemy causes cancer and the fallen world that we live in causes cancer,” she said.

“I believe that God can heal in one instant. I also believe that ‘no good thing does he withhold,’ so there was something God was growing in the field that is me, and if God had pulled up all of this hardship too soon, it would have also pulled up all these miracles he did in my spirit.”

Marczewski since has been diagnosed with cancer a third time, sharing on “America’s Got Talent” that it is in her lungs, spine and liver.

But, she said to applause and affirmation from the show’s four judges, “It’s important that everyone knows that I’m so much more than the bad things that happened to me.”

The lyrics to her song “It’s OK” carry the assurance, “It’s OK if you’re lost. We’re all a little lost, and it’s alright.”

Even her artist name — Nightbirde — carries a message of hope. She told the Liberty Journal she took the name from a recurring dream she had about birds singing in the darkness. After several nights of the same dream, she woke in the middle of the night to hear birds singing outside her window as if it were already morning.

“I want to be that way, even when I am in the middle of a dark time and there are no signs that it will end. I want to be the bird that sings in anticipation of the good things that I trust are coming,” she told the magazine.

Marczewski shared a similar sentiment on “America’s Got Talent.”

“You can’t wait until life isn’t hard anymore before you decide to be happy,” she said. 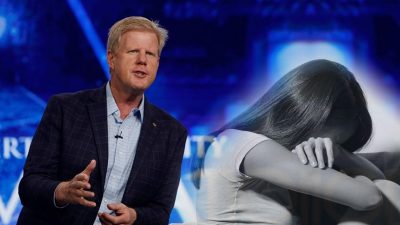 It seemed an odd place for a counseling session. On the outside, it looked like a real estate office. On the inside, 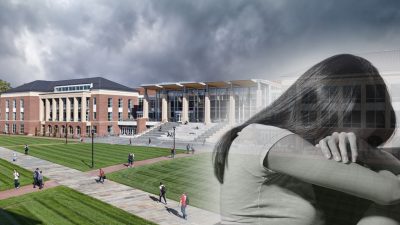