LifeWay Christian Resources, the publishing arm of the Southern Baptist Convention, has sued its former president and CEO, accusing him of violating a noncompete clause in his contract.

Thom Rainer, who announced his plan to retire as president and CEO in 2018, still serves as chief advisory officer for LifeWay. Under terms of a transition agreement, he was prohibited from working with a competitor for 12 months after his retirement, LifeWay claims in a suit filed in Williamson County, Tennessee, on Monday.

Rainer, 65, was earning the same salary he received as president, plus a car, which he could keep after his term as chief advisory officer concludes Oct. 31, according to the transition agreement he signed with LifeWay in 2018.

But in April, the suit alleges, Rainer and Tyndale, a publisher of Bibles and other Christian books, reached “a multi-book, multiyear agreement” for publishing Rainer’s books, which LifeWay says violates the transition agreement.

“Tyndale is ecstatic about our long-term partnership with Thom Rainer and Church Answers. Thom is a gifted leader, teacher, and communicator whose personal mission aligns perfectly with Tyndale’s,” Tyndale senior VP and publisher Ron Beers was quoted saying in a news release.

Rainer, a prolific writer, runs a business called Church Answers, which is intended to help church leaders with “resources, experts and community” through the ups and downs of church ministry. A lifelong Southern Baptist and Alabama native, Rainer received his Master of Divinity and a doctorate from the Southern Baptist Theological Seminary in Louisville, Kentucky.

Rainer said he was sad to hear about the lawsuit and said he received a written and amicable release from publishing with LifeWay on Oct. 1, 2019.

“Before learning of the lawsuit, I heard from a LifeWay representative about this concern only one time on September 8, 2020,” Rainer said in an email. “LifeWay’s counsel sent me an email asking for an explanation of my relationship with another publisher. I gave a quick and substantive response that same day. Even more, I requested to meet with the board officers in my response. I assumed all was well until the lawsuit was filed yesterday.”

“It is inevitable that he will disclose to Tyndale confidential information about LifeWay’s products, processes and services,” the lawsuit says.

In an email to trustees, LifeWay Board Chairman Todd Fannin said, “Board officers have requested an explanation from Dr. Rainer in writing on several occasions to resolve this issue, but have not received any substantive answer.”

The suit seeks compensatory damages at an amount to be determined at trial and an injunction to prohibit Rainer and Tyndale from continuing the partnership.

But at least some members of the LifeWay board of trustees have asked that the legal action be withdrawn. Jimmy Scroggins, pastor of Family Church in West Palm Beach, Florida, said in an email to the board that he was disappointed the full board was not consulted before the suit was filed and said he thought there were better options available for resolving the dispute with Rainer.

UPDATE: On Wednesday, September 30, Lifeway Trustee Chairman Todd Fannin sent an email to the Lifeway board, announcing  that Lifeway and Rainer were seeking to resolve their differences without litigation. Below is the September 30 email from Fannin:

The trustee executive committee met today to discuss the most recent developments with Dr. Rainer.

While there have been numerous public misstatements and inaccuracies surrounding this matter, we have been and continue to be hopeful that we may resolve this issue with Dr. Rainer regarding his agreement with LifeWay and his partnership with a competitor. In lieu of moving forward with litigation, both parties are currently exploring the possibility of an agreed upon resolution of the differences. Our continued prayer is that this will be resolved quickly and amicably.

In order to give appropriate time for continued discussions with Dr. Rainer to take place, the executive committee passed a resolution postponing this afternoon’s trustee meeting. The executive committee is asking trustees and all Southern Baptists to join us in a season of prayer. This period will also allow us to provide full and accurate information to each board member.

Again, there will be no board meeting today, and you can expect additional information this week. If you have any questions, please feel free to reach out to me or one of the other board officers.

Chairman of the Board 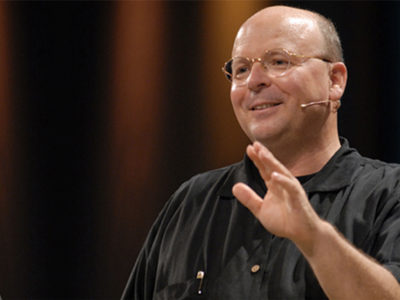 How Churches Can Be “TOV,” Not Toxic

Guest Bios Show Transcript Toxic churches that wound and devour the sheep have become far too common. But how can churches resist

More than 1,700* parents, students, and alumni of the Moody Bible Institute (MBI) have signed an open letter and petition, urging MBI