As Miami-Dade County in Florida grapples with a housing affordability crisis, houses of worship are being recruited to build affordable homes on vacant or underutilized church land.

The nonprofit will assist clergy, who may lack the resources or knowledge to cut housing deals, in navigating the development process, negotiating long-term ground lease agreements and vetting development partners, such as architects and designers.

This effort is part of the nonprofit’s Faith-Based Development Initiative that launched in 2006 in the Mid-Atlantic region, where it has helped faith-based organizations create or preserve more than 1,500 affordable homes and one community-based health clinic.

So far, $8.5 million has been committed in a new push to help congregations in Atlanta, New York, Baltimore, Miami and Seattle build affordable housing on their properties.

In South Florida, this money is being made available just as Mayor Daniella Levine Cava in early April declared a state of emergency over housing affordability.

Faith leaders, along with county and housing officials, on Thursday (April 21) gathered at Koinonia Worship Center to talk about the steps congregations could take to build housing on their church land. The gathering was held in partnership with the Collective Empowerment Group of South Florida, a group of local churches that aims to provide homebuyer training and credit counseling services in the area.

David Bowers, vice president at Enterprise Community Partners, said this effort makes “radical common sense,” allowing congregations that are “sitting on a resource” to “be good and faithful stewards.”

“We will share lessons from you with others in cities around the country who are at work as we expand this movement,” Bowers, who is also an ordained minister, said Thursday.

Over the last few years the county has partnered with faith-based organizations to build seven affordable rental developments, said Jorge Damian de la Paz, a representative of the mayor, at the Thursday gathering. These projects stretch across Miami-Dade County, from Miami Gardens down to Richmond Heights.

Citing property records, de la Paz said there are more than 1,220 parcels in Miami-Dade County currently being used exclusively for religious purposes. This includes churches, synagogues and mosques. In total, houses of worship sit on at least 95 million square feet of land in Miami-Dade County, he said.

“Religious organizations, in aggregate, are some of the largest owners of land in Miami-Dade County,” de la Paz said.

“Some of these lots could potentially be used to build affordable housing or … some type of community facility to serve congregants in a new way and generate additional revenue to the organization,” he said.

One example is Second Baptist Church of Richmond Heights. In 2016, the church opened the Reverend John & Anita Ferguson Residence Apartments, which provides 79 units of affordable housing for seniors.

The Rev. Alphonso Jackson, pastor of Second Baptist Church, helped oversee the project, which was a vision of the former pastor, the Rev. John Ferguson, who secured the land adjacent to the church.

“It was our desire to complete the vision he had,” Jackson said on Thursday.

Jackson said they sought to secure the necessary funds to build the project in a way that “wouldn’t be a burden to the church.” They formed a community development corporation and dealt with housing bonds, tax credits and grant funding.

Although it was years in the making, “it ended up being a wonderful project,” Jackson said. 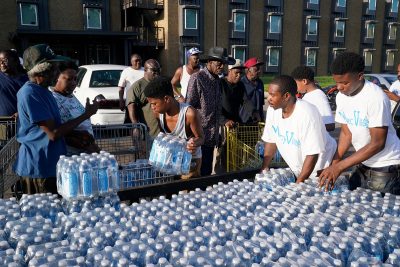 C.J. Rhodes, pastor of Mt. Helm Baptist Church in Jackson, Mississippi, was grabbing lunch from one of his regular spots when the 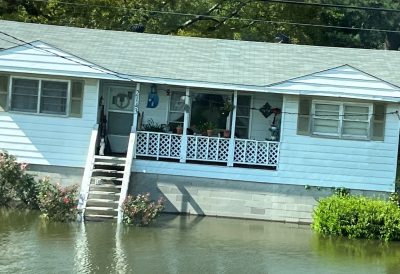 The lack of drinkable water or even water pressure in Jackson, Mississippi, has led Mississippi Governor Tate Reeves to declare a State of