Rapper Kanye West is releasing an album that’s all about Jesus. And social media, blogs, and fan sites are on fire with people praising West—and sharply criticizing him.

Some are mad because of repeated delays to the album’s release. Initially, West had promised that his new album, Jesus is King, would release on Friday. But late Friday, West’s wife, Kim Kardashian West, wrote on Instagram that the album would drop Sunday after a “few final tweaks to the mixes.”

Now Sunday has come and gone—and there’s still no album. And fans like Maurice Schoonbroodt are ticked.

And another broken promise @kanyewest #JesusIsKing

But much of the hullabaloo over West’s album has to do with its content. West, a rapper known for both raunchy and sacrilegious lyrics, now says he’s born again. And over the weekend, West reportedly announced that he will no longer produce secular music.

Some, like Chance the Rapper, who last year declared his faith in God to his more than seven million fans, clearly endorses West and his new direction. West made a surprise appearance at Chance’s concert on Saturday night where they declared in voice and gesture that “Jesus is King!” (See video in tweet below.)

However, Noah C., a writer at HNHH (Hot New Hip-Hop), expressed skepticism about West. “It appears that indulging in secular music would go against Kanye’s newfound mission as a newfound Christian,” Noah C. wrote. “We wish Ye the best on his mission, but it wouldn’t be the first time he publicly expressed a thought on a whim that never ended up manifesting. Kanye also claimed The Life Of Pablo was a gospel album – which featured hip hop production and wildly raunchy lyrics – so his understanding of religious music might be quite broad.”

Mixed Reviews of Sunday Service: The Church of Kanye West

For the past year, West has been leading a “church,” but not a church in either the conventional or biblical sense. West’s church, called Sunday Service, is more like an exclusive, feel-good, musical extravaganza for Hollywood’s elites. Those who have attended the events, which have been held in various locations, include Brad Pitt, Justin Bieber, David Letterman, Katy Perry, and Chance the Rapper.

This emotion-heavy, Bible-light version of Christianity, which has now evolved into an album, has drawn the ire of some Christians, especially given the outrageous things West has done in the past. In 2006, West scandalized many Christians for appearing on the cover of Rolling Stone Magazine as Jesus, wearing a crown of thorns. 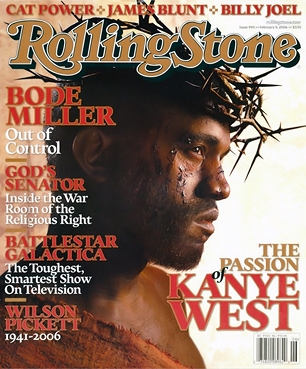 Seven years later, West released his controversial album “Yeezus”—a play on the name of the second person of the Trinity. The album also included a song entitled “I Am a God” with what many consider blasphemous lyrics. “I am a God,” the song says. “Even though I’m a man of God. My whole life in the hand of God.”

So, it’s not surprising that some Christians reject West’s latest project. Speaking to the NY Post, 68-year-old Charlene Kaleina said Christianity is constantly mocked “because of the strange and weird behavior of people like this.” She added that West “may be trying to understand Jesus in his own limited way and we cannot judge,” but “people who follow Christ sense something is not right with this scene.”

Similarly, someone on Twitter who identifies as a “follower of Jesus Christ” and “Adventist,” wrote: “Jesus is King is trending on Twitter except no one is talking about Jesus of Nazareth, the savior of the world . . . They’re talking about the self-proclaimed god Kanye West who is a mere man.”

Jesus is King is trending on Twitter except no one is talking about Jesus of Nazareth, the savior of the world & son of the living God who created heaven and earth.

They're talking about the self-proclaimed god Kanye West who is a mere man.

Yet others, like James Gardin, a rapper who writes for Rapzilla—a Christian rap and urban culture site, is more optimistic. Gardin attended West’s preview of Jesus is King in Detroit on Friday, which he characterized as a Sunday Service experience.

“Being a Michigander, this Sunday Service was super special to me,” Gardin wrote. “I was able to see people ‘Boss Up’ on stage while praising the Lord (Bossing Up is an iconoic Detroit dance created by Blade Icewood).”

Gardin noted that Friday’s Sunday Service included a 10-minute mini-sermon from Pastor Adam Tyson of Placerita Bible Church that was direct and biblical. “What’s dope about this is that the crowd was filled with believers and non-believers,” Gardin wrote. “To be honest, a lot of these folks were just Kanye stans who didn’t really know what they signed up for . . . These people probably would have never stepped foot in a church but the Church came to their turf this time.”

It started out just as music and it’s evolving into a real Orthodox message with an unorthodox format. And that’s the church. That’s how the church started. The Church started with people bringing an orthodox message in unorthodox formats. And this whole idea of taking hip hop music and putting Christian lyrics on it? That’s what the hymns are. Some of the hymns, old hymns in the hymn book, they are literally bar songs from Europe that uses secular sounds where Christian writers put Christian lyrics on top of secular music. Gospel music is the same way. If you take away the words for some gospel songs? You can’t tell if they’re gospel or R&B. John P. Kee has licks and chords that sound just like James Brown.

Yet what makes some people most uncomfortable about West’s latest religious project is what appears to be an attempt to exploit Jesus to make money.

Roger Friedman, an entertainment news journalist, noted that West’s live stream of his Sunday Service in New York yesterday had the word “SHOP” in black letters at the bottom of the screen. The word included a link to the shopping page at kanyewest.com where you could buy “cheap, ugly t shirts that read, ‘Jesus is King,’ for 50 clams,” Friedman wrote.

“Doesn’t that just give away the whole purpose of this thing?” Friedman wrote. “The religion is Kanye. It’s all about getting money to him.”

Similarly, Premier Christianity magazine columnist Tobi Oredein wrote that West’s church seems to be a marketing campaign for his music and fashion brand.  “He’s employing a choir of people who are not only singing his songs, but are all dressed in his apparel. Is Christ really at the center of this gathering? I’m not sure he is.”

In addition to Sunday Service becoming an album and a merchandise line, it’s also now become a movie.

Imax announced over the weekend that it has produced a Jesus is King film in collaboration with West, which will release exclusively in Imax theaters on October 25. “Filmed in the summer of 2019, Jesus is King brings Kanye West’s famed Sunday Service to life,” Imax said in a statement. “This one-of-a-kind experience features songs arranged by West in the gospel tradition along with music from his new album Jesus is King—all presented in the immersive sound and stunning clarity of Imax.” 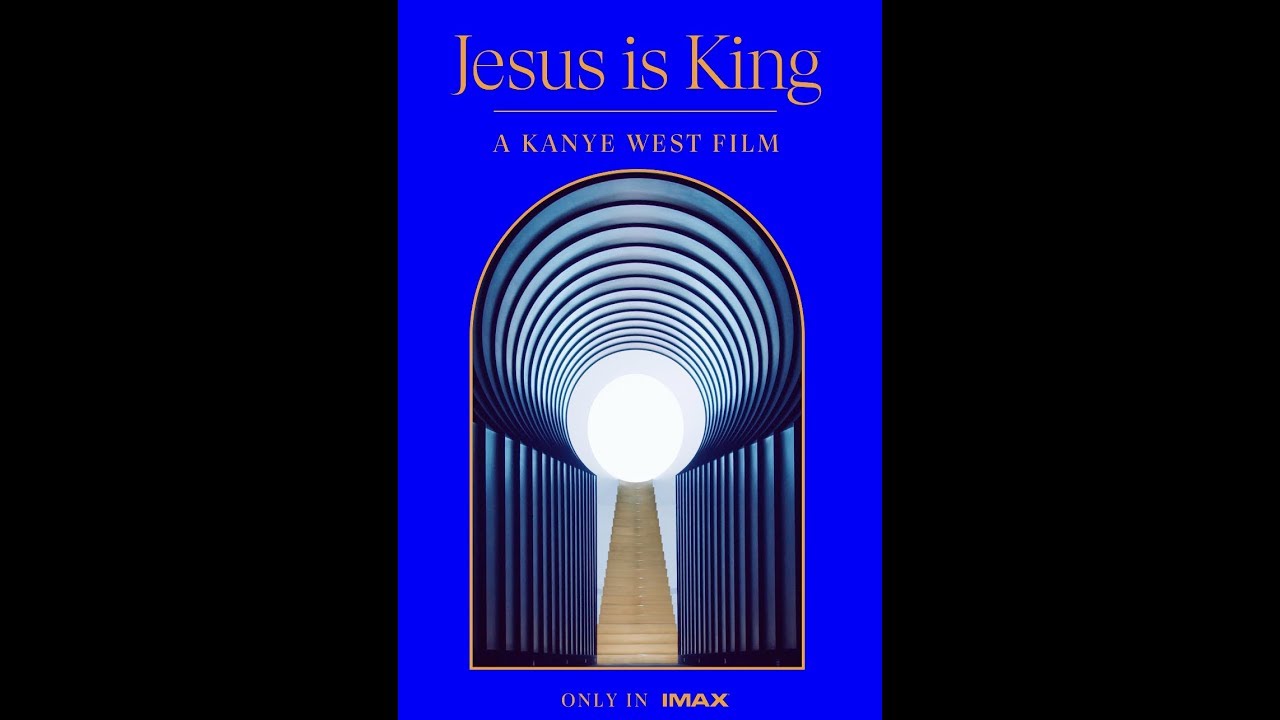 There’s no doubt, West knows how to market and sell. Since 2016, West has gone from allegedly being $53 million in debt to amassing his apparel brand—Yeezy—into a billion-dollar empire. According to Forbes Magazine, Yeezy generated over $150 million in just the 12 months prior to July 2019.

Talking to Forbes, West said he’s “a product guy” at his core, and what he loves to do is “make products that make people feel an immense amount of joy and solve issues and problems in their life.”

So, is Sunday Service and Jesus is King just a product line to make people feel joy while West amasses wealth? Or, is it an honest expression of West’s faith and an evangelistic tool?

Time will tell. As Jesus said, “(E)ach tree is known by its own fruit.”

Kanye West is running for president, and he believes God told him to do it. That’s according to an interview West conducted 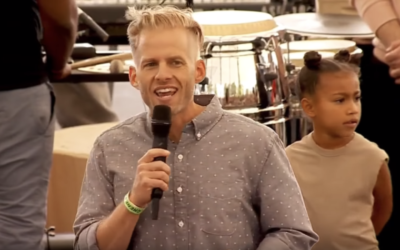 Ever since Rapper Kanye West started producing his Sunday Service, he’s faced criticism from both Christians and non-Christians alike. As I wrote