WORLD Magazine today reported that a former manager at a spa Ravi Zacharias co-owned claimed that a therapist at the spa had complained about Zacharias asking for “more than a massage.”

According to WORLD, Anna Adesanya, a manager at Jivan Wellness—a spa that Zacharias co-owned from 2009 to 2012—said she remembered a massage therapist complaining about Zacharias. Adesanya added that the therapist said she was uncomfortable treating Zacharias because of Zacharias’ inappropriate request.

WORLD’s report comes on the heels of an article by Christianity Today (CT), alleging that Zacharias sexually harassed and assaulted therapists at the spas he owned. The CT article was based on unnamed sources, who claimed that Zacharias touched them without consent, masturbated in front of them, and requested explicit photos and sex.

Today’s report also follows a series of articles in The Roys Report with new evidence suggesting that Zacharias initiated a sexting relationship several years ago with a Canadian woman, Lori Anne Thompson.

WORLD confirmed several of the facts reported by The Roys Report. The magazine also noted a new development: that the Christian and Missionary Alliance (C&MA)—the denomination that ordained Zacharias—is concerned about the new allegations and is considering “additional steps” to take as a result.

When the allegations about the sexting relationship first came to light in 2017, the C&MA staunchly defended Zacharias after conducting what it called a “thorough inquiry” into the accusations. However, Thompson told me the denomination never contacted her in 2017. Instead, she said she reached out to the denomination after she heard it was conducting an investigation and the C&MA said there was nothing it could do because it was a “he said, she said” situation.

Ravi Zacharias International Ministries (RZIM) has said it is conducting an independent investigation into the new allegations. However, in a statement, RZIM called the spa accusations “false.” And WORLD said the ministry would not answer its questions about the new allegations.

UPDATE: The Christian and Missionary Alliance announced on October 2 that it has contracted an independent investigative firm to research recent allegations of Zacharias’ alleged misconduct. The CM&A said it will determine an “appropriate course of action based on the investigation’s findings.” 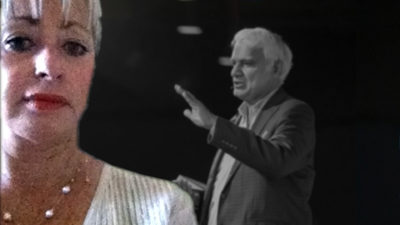