The CBN’s candidate for SBC president, Florida pastor Tom Ascol, lost. As did the group’s candidates for recording secretary, president of the annual pastors’ convention and officer candidates for the SBC’s Executive Board. And most of the motions made on the floor by CBN members were voted down by an overwhelming margin.

An analysis by Eastern Illinois University professor Ryan Burge pointed out that the SBC meetings in the Bible Belt tend to outdraw those in other places. The CBN also has a state chapter in Louisiana, which will likely aid with turnout. And Southern Baptists in the Bible Belt are more likely to identify as politically conservative than those in California — which would likely bolster the CBN cause, which is both religious and political.

Ascol, for example, was critical of the recent Guidepost Solutions report on abuse and has been skeptical of a series of reforms approved by SBC messengers to address abuse. Mark Coppenger, a former SBC seminary president and CBN steering committee member, has said the issue of sex abuse in the denomination has been overblown. Coppenger opposed the recently passed reforms to address abuse during the annual meeting. 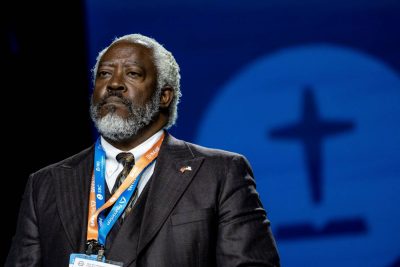 18 thoughts on “‘We’ll Be Back’: CBN Vows to Keep Fighting ‘Wokeism’ and Women Preachers in SBC”