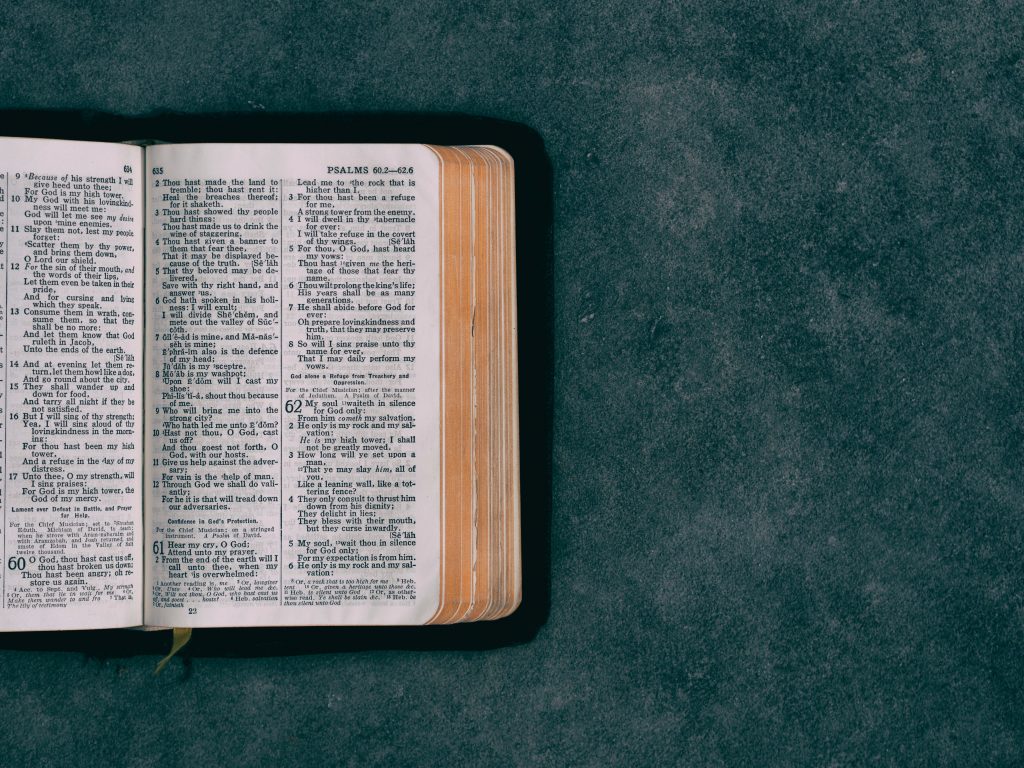 Though conservative Christians may try to convince you otherwise, the Bible is decidedly pro-choice. At least, that’s what some pro-choice advocates want you to believe.

In other words, the Bible says a woman is a person with all the rights afforded to people. But a fetus is a non-person and has no independent rights, as was asserted in the recent Illinois abortion rights bill.

As evidence, Ryan cites a passage in Exodus 21:22-24, which seems to say that if an assailant causes a pregnant woman to miscarry, but the woman is unharmed, the assailant merely owes the woman’s husband a fine. However, if the woman who miscarries is harmed, then the punishment is more severe—an eye for an eye, tooth for tooth, etc . . .

This is the lynchpin passage for pro-choice Christians. As apologist Nancy Pearcey discussed on The Roys Report on June 29, pro-choice advocates base their position on something called personhood theory. This is the belief that something can be human—as a fetus undoubtedly is—but yet not be a person. To become a person with all the rights afforded persons, one has to acquire some other quality like self-awareness or a certain level of cognitive functioning.

Pro-choice advocates base their position on something called personhood theory. This is the belief that something can be human—as a fetus undoubtedly is—but yet not be a person.

So essentially, what pro-choice Christians are saying is that God subscribes to personhood theory, and the proof is Exodus 21:22-24.

When men strive together, and hurt a woman with child, so that there is miscarriage, and yet no harm follows, the one who hurt her shall be fined according as the woman’s husband shall lay upon him; and he shall pay as the judges determine. If any harm follows, then you shall give life for life, eye for eye, tooth for tooth, hand for hand, foot for foot, burn for burn, wound for wound, stripe for stripe.

God does not regard the fetus as a soul, no matter how far gestation has progressed. The Law plainly exacts: “If a man kills any human life he will be put to death” (Lev. 24:17). But according to Exodus 21:22–24, the destruction of the fetus is not a capital offense… Clearly, then, in contrast to the mother, the fetus is not reckoned as a soul.

However, Waltke wrote that regrettable opinion in 1968. As I explain in an article on Christians and contraception, there was a brief period of time in the late 60s and early 70s when evangelicals argued in favor abortion. This was primarily driven by fears of overpopulation. But as I recently discovered, it was also based on a mistranslation of Exodus 21:22-24.

When men strive together and hit a pregnant woman, so that her children come out, but there is no harm, the one who hit her shall surely be fined, as the woman’s husband shall impose on him, and he shall pay as the judges determine. But if there is harm, then you shall pay life for life, eye for eye, tooth for tooth, hand for hand, foot for foot.

According to this translation, the premature birth of a child is not presumed to be a miscarriage. It may be a live birth in which neither the baby nor mother are harmed. In this case, the assailant would simply pay a fine for causing the premature birth. However, if either the baby or the mother is harmed, then the assailant would have to be punished eye for eye, tooth for tooth, etc . . .

If this translation is correct, then Scripture views both the baby and the mother to be of equal value—and both have an equal right to life.

So which translation is correct?

In preparation for the program on the 29th, I asked Pearcey specifically about Exodus 21:22-24. (Because my pro-choice guest, Livi Burke, never raised the issue, I didn’t play the clip during The Roys Report.)

According to Pearcey, Bible scholars used to translate “yasa” as miscarry, but this was based on a mistaken understanding of the word’s meaning. The Hebrew word for miscarry is another word: “shachal.” But “yasa” literally means “the child comes forth.” And Pearcey said earlier translators weren’t quite sure how to translate “yasa.” However, now translators recognize that “yasa” means a live birth, not a miscarriage.

Bible scholars used to translate “yasa” as miscarry, but this was based on a mistaken understanding of the word’s meaning. . . . now translators recognize that “yasa” means a live birth, not a miscarriage.

Similarly, author and pastor, John Piper, writes that “yasa” never refers to a miscarriage or abortion. When “yasa” refers to a birth, Piper says it refers to live children “going forth” from the womb. For example, in Genesis 25:25, Scripture uses a form of “yasa” to refer to Esau being the first to come out of Rebekah.

So despite pro-choice assertions to the contrary, the Bible actually is decidedly pro-life, not pro-choice. This isn’t just based on Exodus 21:22-24, but a plethora of other verses, as well. The most famous is probably Psalm 139:13-14: “For you created my inmost being; you knit me together in my mother’s womb.”

But my personal favorite is Luke 1:41-45, where John the Baptist leaps in Elizabeth’s womb at the sound of Mary’s voice. Verse 44 says, “As soon as the sound of your greeting reached my ears, the baby in my womb leaped for joy.”

Interestingly, Elizabeth doesn’t call her unborn child a fetus. She calls him a baby—a person, John the Baptist, who’s delighted to see Mary because inside Mary’s womb is another person: Jesus Christ.

Nowhere in Scripture does it support the idea that unborn babies aren’t persons. Instead, Scripture treats the unborn the same as the born. In fact, the word used for Elizabeth’s pre-born baby in Luke 1:44 is “brephos”—the same word used in Luke 18:15 for “babies” that are brought to Jesus and blessed.

So Christians have no basis for supporting the killing of unborn children. Personhood theory is an evil, secular philosophy. And it is found nowhere in the Bible.

Get a copy of “Love Thy Body,” by Nancy Pearcey! For the month of July, I’m offering a paperback copy of this book to anyone who gives a gift of any size to my ministry.  Your gifts are so important and allow me to continue investigating stories that shine a light into dark places, and  to produce The Roys Report, which equips audiences to think biblically about important issues. 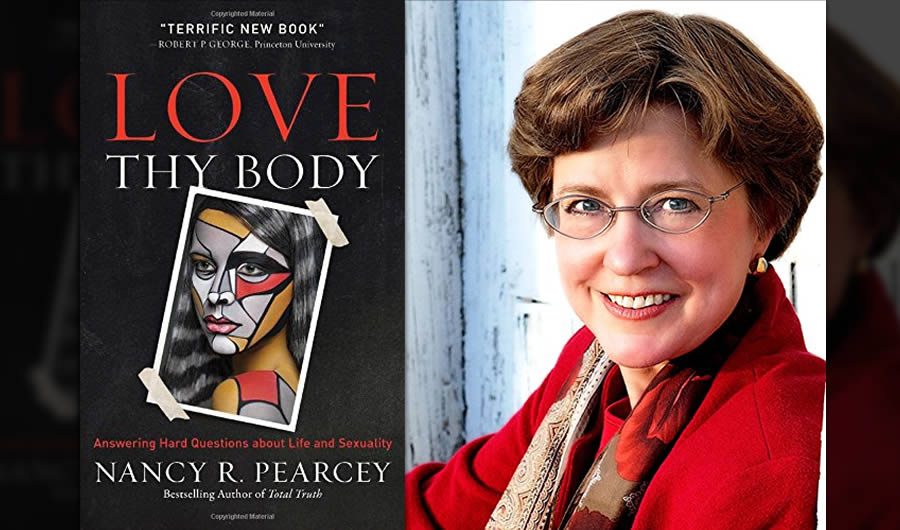 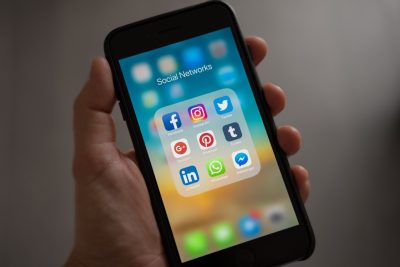 Transcript of The Roys Report: Are Social Media Companies Censoring You?

Transcripts of the Roys Report are now available! In the past several weeks, I’ve received multiple requests for transcripts, but until recently, 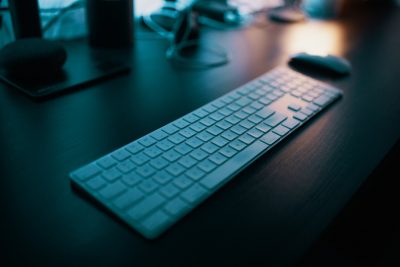 7 thoughts on “Is the Bible Pro-Choice?”