Barely a month after issuing a public “repentance,” and apologizing for a lawsuit he called “fearful and defensive,” disgraced, former Harvest Bible Chapel senior pastor, James MacDonald, has sued a believer again. This time, the target is Chicago radio personality Mancow Muller—a former church member and confidant whom the lawsuit accuses of defaming MacDonald.

This is the second defamation lawsuit MacDonald has filed in just over a year. In October 2018, MacDonald and Harvest Bible Chapel sued the authors of The Elephant’s Debt blog, their wives, and me for defamation. MacDonald and Harvest dropped the suit last January after a court ruled that documents subpoenaed in the case could be made public. Harvest has subsequently apologized for the lawsuit and reimbursed The Elephant’s Debt authors, their wives, and me for court costs and damages.

In the new lawsuit, MacDonald is seeking more than $50,000 in damages from both Muller and WLS parent company, Cumulus Media, for several counts of defamation, invasion of privacy, inflicting emotional distress, and eavesdropping.

Also targeted in the lawsuit are “John Does 1-5”—“unknown individuals and/or entities participating in the production, recording, editing, distribution, and/or ownership” of the “Mancow Podcast.” The inclusion of these unknown defendants is related to a “hot mic” recording of MacDonald that Muller aired on his program and podcast.

I talked to Muller yesterday afternoon and he said he had not yet been served notice of the lawsuit but learned about it when it was published by the Cook County Record. The lawsuit says Muller aired defamatory comments about MacDonald “to build up listener interest for his radio/podcast shows.”

Muller said he couldn’t comment on the specifics of the lawsuit but maintained that “everything I said is true.” As for why he spoke out against MacDonald, Muller said that he had endorsed MacDonald on air for years, so “I wanted my listeners to know (MacDonald) was a fraud once I discovered it.”

Last month, Harvest Bible Chapel published the results of an audit and legal review, which found that MacDonald had “extensively” misused church funds “for improper financial benefit.” The church also has formally disqualified MacDonald from ministry, saying his behavior does not meet biblical standards. Harvest currently is in arbitration with MacDonald over ownership of Walk in the Word, MacDonald’s former broadcast ministry.

Below is the lawsuit MacDonald filed against Muller:

Opinion: Evangelical Response to Ravi Zacharias Scandal Reveals Our Desire for a King 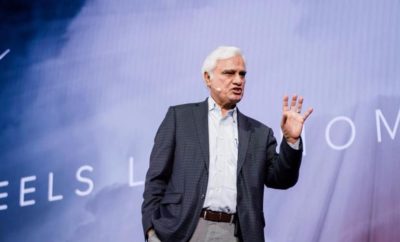 Are Brad and Lori Anne Thompson extortionists who entrapped Ravi Zacharias in a sexting scandal for monetary gain? Or, are they victims