About 16 months after explosive accusations of harboring a “perverse sexual addiction” and preying on interns, Fresh Fire USA leader, Todd Bentley, has been disqualified from public ministry by a panel of six charismatic, Christian leaders. The panel, led by apologist Dr. Michael Brown, said in a statement published today on Facebook:

Based on our careful review of numerous first-hand reports, some of them dating back to 2004, we state our theological opinion and can say with one voice that, without a doubt, Todd is not qualified to serve in leadership or ministry today. There are credible accusations of a steady pattern of ungodly and immoral behavior, confirmed by an independent investigator’s interviews dating from 2008 up through 2019, along with other testimonies dating back to 2004. And while we only took into account first-hand reports, there are many other second and third-hand reports repeating the same accusations . . .

Sadly, we see no signs of true, lasting repentance. Instead, we see a steady pattern of compromised behavior, including credible accusations of adultery, sexting (including the exchanging of nude pictures or videos), vulgar language, and substance abuse.

The statement added that the panel had sought to hear Bentley’s version of events, but Bentley “declined to answer a list of 60 questions” compiled by an investigator “after initially agreeing to respond.” The panel added that Bentley required the investigator to submit questions to his attorney, “after which (Bentley) ceased communicating with Dr. Brown or the investigator.”

Bentley, who professed faith in Christ when he was 18, after a struggle with drug and alcohol addiction, has been a prominent leader in the charismatic movement for two decades. In 1998, when he was 22, Bentley took over leadership of the Fresh Fire Ministry and began leading healing and evangelistic crusades all over the world.

In 2001, it was revealed that Bentley had been convicted as a 15-year-old of sexually assaulting a boy who was much younger than him. Bentley told Charisma Magazine that he had never previously talked about the crime because of “the inability of Christians to forgive certain sins.” Two pastors who claimed to provide “covering” for Bentley—Pat Cocking (who now goes by Patricia King) and Bobby Conner—said they had full confidence in Bentley and Bentley continued to lead Fresh Fire.

However, in 2008, Bentley resigned from Fresh Fire after separating from his wife and reportedly engaging in “an unhealthy relationship on an emotional level with a female member of his staff.” In 2009, Bentley created a new ministry called Fresh Fire USA with several prominent pastors claiming to provide accountability, including, author Jack Deere,  Bill Johnson of Bethel Church, and Rick Joyner of Morningstar Ministries.

Then in August 2018, an estranged protégé of Bentley’s, Stephen Powell of Lion of Light Ministries, accused Bentley in a Facebook post of preying on interns in his ministry and possessing an “appetite for a variety of sexual sins, including both homosexual and heterosexual activity.” Three days later, The Christian Post reported that Powell had received a written statement from a pastor alleging “all kinds of stuff,” including claims that Bentley had sexually assaulted three girls in Pakistan.

Despite the damning evidence against Bentley, the panelists who released today’s statement said they believe Bentley “has been supernaturally gifted by God” and added: “(O)ur highest joy would be to see Todd coming before God and the community of believers in humility and repentance, openly desiring help to get his life fully healed and surrendered to Jesus.”

The panel said it could foresee Bentley doing public ministry again, but stressed that “at no point should he lead his own ministry.” The panel also outlined what it saw as the necessary steps to Bentley’s restoration. These would include “breaking . . . sinful habits,” “public acknowledgement” of sin “without equivocation,” “asking forgiveness of those he sinned against,” and “submission to local leadership.”

The panel also called for Bentley’s current ordination to be rescinded until the outlined process of repentance and restoration takes place. (I asked Dr. Brown who ordained Bentley and he said he didn’t know. According to a 2009 blog post, Bentley claimed to have been ordained through the Canadian-based Christian Ministers Association (CMA) and recognized as a minister through the World Ministry Fellowship (WMF). However, the CMA reportedly said that Bentley has never been a member of that association, and the WMF said Bentley’s papers have been removed.)

In the statement, Dr. Brown and the other panelists admitted that they have no legal authority over Bentley, but as “elders in the Body of Christ” had been asked to “judge righteously” and “make our viewpoint public.” The panelists also lamented what they see as a problem in the church:

The full statement from the “Leadership Panel on Todd Bentley” published on Facebook:

UPDATE: Michael Brown just published his personal statement on the Todd Bentley investigation, which gives details about how the investigation was conducted. Full statement is below: 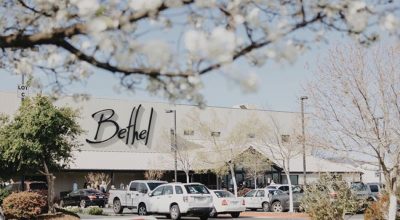