The Presbyterian Church in America’s (PCA) highest ecclesiastical court is taking over a case allegedly mishandled by an Indiana presbytery, a letter from the presbytery shows. The case surrounds a former Indiana pastor accused of sexually harassing multiple women.

Dan Herron, the former pastor of Hope Presbyterian Church in Bloomington, Indiana, will now face an ecclesiastical trial before the high court, according to a June 3 letter authored by the Central Indiana Presbytery (CIP) and obtained by The Roys Report (TRR).

TRR previously reported that two women accuse Herron of grooming church members and students of nearby Indiana University. One of the women, Kara Million, has said at least 10 people have accused Herron of abusing them.

The CIP originally investigated the claims against Herron in 2019. Million and others have said those involved in that investigation seemed to be trying to protect Herron. The CIP was ordered to reinvestigate the claims because of errors in the original findings.

After the new investigation, the presbytery decided in May 2021 that there was enough evidence to warrant an ecclesiastical trial. That’s according to a timeline included in the high court’s decision to take over the case.

Less than two weeks later, Herron filed a defamation suit against the women in civil court. Herron claims in the suit that the women lied about his behavior, hurting his reputation.

The women have countered that their claims are substantially true.

A jury trial in the civil case is scheduled for April 2023, court records show.

Concerns about the case appear widespread in the PCA

Both Herron and his accusers have alleged serious flaws in the presbytery’s investigation and judicial processes, the high court’s decision shows.

In addition, the case’s prosecutor resigned in February because of what he called “the inability of the Central Indiana Presbytery to render justice,” according to the prosecutor’s resignation letter, obtained by TRR.

Three other presbyteries have now expressed concerns about the CIP’s handling and asked the high court to take over the case.

Two of the presbyteries claim Herron is trying to use the civil suit to keep the women from testifying against him in the ecclesiastical trial. They noted that the CIP decided to lift its discipline of Herron even though he didn’t withdraw his civil suit.

Not disciplining Herron “demonstrates not only a refusal to act against a sin previously recognized, but could also be construed as a choice to participate in that sin. . . ,” the presbyteries argue.

A fourth presbytery submitted a similar request for the high court’s jurisdiction, but it was not accepted, according to Steve Marusich, an elder in the CIP who’s criticized the presbytery’s handling of the case.

Presbyteries have been able to formally ask the high court to take jurisdiction since the mid-2000s, Marusich told TRR. But he said this is the first time more than two presbyteries have done so on a single case.

He noted the Herron case drew more jurisdictional requests than one surrounding Greg Johnson, a celibate gay pastor. Johnson’s fight to remain in the PCA has become a denominational flashpoint and attracted some secular media coverage.

“This is a big deal,” Marusich said. “What it amounts to, in fact, is that it was a censure of our presbytery.”

It also means the women who say Herron sexually harassed them will have to make their case in two trials—one in civil court and one in ecclesiastical court.

One of the women, Million, told TRR recently that the legal and ecclesiastical processes have impacted her “spiritually, emotionally, psychologically, and physically.”

“It was very difficult for me to finish writing and defending my dissertation last year under those conditions,” Million, who’s now a postdoctoral research assistant, said in an interview last week. “But I did it.” 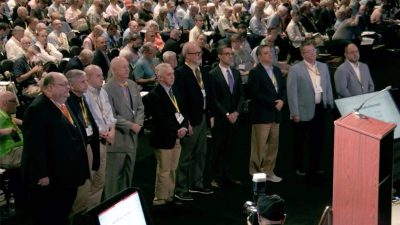 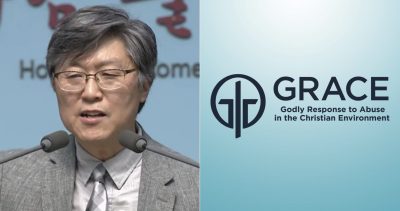 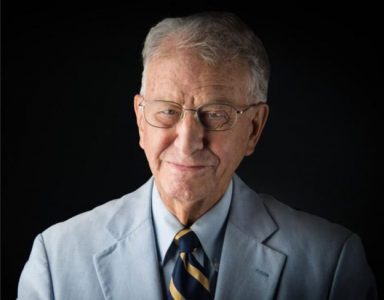 Pastor Who Helped Found the Presbyterian Church in America Dies

The Rev. Frank Barker, whose 4,000-member Briarwood Presbyterian Church grew from a Birmingham, Alabama, storefront before he helped found the conservative Presbyterian