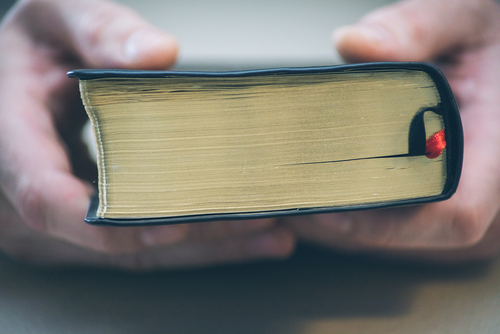 In the wake of allegations that Moody Bible Institute (MBI) is drifting theologically, the institute has consistently maintained that there is no drift, and that all its faculty are faithful to “Moody’s stated beliefs and mission.”

Yet according to a lawsuit filed last week, Moody knowingly hired a woman who’s an ordained minister to teach at the school in clear violation of the institute’s doctrinal statement, which says the “biblical office of elder/pastor” should be “limited to the male gender.” What’s more, the lawsuit alleges that a “vice president and associate provost” reportedly asked this professor – Janay Garrick – to remove references to her ordination from her resume, seemingly trying to hide this fact from those who might take exception.

“Administrators – from vice presidents to the provost and president – regularly looked the other way when faculty members reported that a colleague was straying from the doctrinal statement.”

Taken alone, this latest revelation might be considered a fluke. Yet this is precisely the pattern of behavior I discovered during my investigation of MBI. Administrators – from vice presidents to the provost and president – regularly looked the other way when faculty members reported that a colleague was straying from the doctrinal statement.  On one occasion, the administration even reprimanded 18 faculty members when they urged the institute to reign in an employee who was posting blogs expressing “attitudes, practices, and beliefs that are contrary to Scripture.”

I take no joy in bringing MBI’s institutional malpractice to light, but am doing so for three reasons.

One, the MBI board of trustees has failed to explain why it removed the institute’s top three officers, creating a vacuum that has allowed false rumors to flourish. Alumni, supporters, faculty, employees, and students have a right to know the truth.

Two, though the trustees removed the president, provost, and COO of Moody, they have allowed vice presidents and deans, who have similarly betrayed the mission of the institute, to remain.

And three, some of the faculty who regularly confronted the administration with theological concerns are being let go at the end of spring semester, and some believe their removal is an act of retaliation. MBI needs to suspend these layoffs until the institute can determine that retaliation played no role.

Why MBI hired Janay Garrick, a woman who’s an ordained minister, to teach at the institute is baffling.  I emailed Dr. Larry Davidhizar, MBI vice president and associate provost, as well as Bryan O’Neal, vice president and dean of MBI Distance Learning, for comment, but they did not respond.

“‘I am egalitarian,’ I said to the seven program heads and vice presidents/deans of education, including one woman. I don’t think you can be much more clear than that.”

According to Garrick’s blog, she was very open about her ordination and views on women in ministry throughout her hiring process in December 2014.  When asked by administrators whether she had any concerns regarding Moody’s doctrinal statement, Garrick said she mentioned MBI’s “Gender Roles in Ministry,” an addendum to the doctrinal statement, which details the institute’s complementarian view. “‘I am egalitarian,’ I said to the seven program heads and vice presidents/deans of education, including one woman,” Garrick wrote. “I don’t think you can be much more clear than that.” (Complementarians believe that men and women are different in function, and that Scripture limits the office of pastor to men. Those with the opposite view, called egalitarians, believe that men and women are equal in function, and that women can serve as pastors.)

Reportedly, Garrick’s opposition to the doctrinal statement didn’t faze administrators.  One later told Garrick that they were willing to overlook it because she “brought things to the table.”

However, Garrick’s relationship with Moody reportedly soured in 2016 when she helped a female student bring a Title IX complaint against the school for excluding women from its pastoral ministry major. Since 2012, MBI has been receiving student financial aid from the U.S. Government, making the institute subject to Title IX requirements, which prohibit sex-based discrimination. As a result of the complaint, the institute changed its policy and began allowing women into its pastoral ministry major.  (This acceptance of government money and control is another troubling development at Moody, but that’s beyond the purview of this article.)

Garrick alleges that MBI administrators then conspired to fire her by falsifying her performance evaluation.  When that didn’t work, Garrick says administrators moved to plan B – firing her because she held to “the egalitarian view,” which the institute had previously been happy to overlook.  Garrick said she tried to pursue justice internally by invoking the internal grievance procedure at MBI, but “encountered corrupt institutional power” at every turn.

Given what I’ve learned about the administration at MBI, nothing in Garrick’s account surprises me – and it shouldn’t surprise MBI trustees either.  Contained in a 65-page document that Theology Professor Rich Weber submitted to trustees in December are similar accounts, showing disregard on the part of the administration for the institute’s doctrinal statement, as well as deceptive practices.  Sadly, the trustees continue to withhold this information from the public, so I feel compelled to disclose it here.

As I recently reported, two vice presidents failed to do anything when two professors at MBI revealed that they hold a view of truth seemingly at odds with the historic, evangelical understanding of biblical inerrancy.  Then, when Professor Rich Weber appealed to then-President Paul Nyquist to clarify the institute’s stance, Nyquist skirted the question, leaving serious questions as to where MBI stands.

Similarly, Moody Theology Professor Kevin Zuber told me that he appealed to a Moody dean after hearing audio of a sermon by a colleague promoting a social gospel, seemingly negating the importance of personal conversion and evangelism. According to Zuber, the dean didn’t seem to take the complaint seriously, but dismissed it after talking with the professor, who appeared unchanged.

But these incidents are just the tip of the iceberg.

Weber told me that on another occasion, Associate Provost Larry Davidhizar intentionally attempted to hide the fact that a theology professor had expressed to students that the human race had evolved from a sub-human race of hominids. This view appears to contradict the MBI doctrinal statement, which states that “the first human beings were a special and unique creation by God as contrasted to being derived from any pre-existing life forms.”

Weber learned of this professor’s view when a student taking an online Moody Distance Learning course approached him in church and expressed concerns about his online professor’s view of human origins and showed Weber an email from the professor.

“I had a bigger concern concerning the doctrinal integrity of our school and regarding faithfulness to Scripture as a whole. Parents are sending their students to Moody with the expectation that Moody is going to support what its doctrinal statement says.”

In it, the professor wrote, “Scientifically, from what I understand, genetics and paleoanthropology both strongly suggest that all living humans today do not trace back to a primal pair, but from diverse ancestors in east Africa around 200,000 years ago.”  The professor then explained his “theory” that God allowed a population of homo-sapiens who were “brutish and unspiritual and non-moral — basically animals, like sophisticated apes” to evolve into being.  Then at a given time, God created Adam and Eve with souls, and simultaneously gave souls to “these other homo sapiens on earth.”

At this point, Weber said he felt compelled to take the matter to MBI administrators.  “I didn’t want to attack a colleague,” he said, “but I had a bigger concern concerning the doctrinal integrity of our school and regarding faithfulness to Scripture as a whole. Parents are sending their students to Moody with the expectation that Moody is going to support what its doctrinal statement says. We’ve got a professor teaching something that’s contrary to that.  I feel like that’s disingenuous of us, and it’s unfair to the parents who are trusting us.”

Weber showed the email to Davidhizar, who reportedly had been alerted to this professor’s view several months earlier by three other faculty.  Weber said all three had told both O’Neal and Davidhizar that they had overheard this professor tell students that based on the findings of the Human Genome Project, he believed a pool of 10,000 hominids were the progenitors of human beings.

“I was shocked about this attempt to hide the facts from the president, rather than address a significant concern about a faculty member’s disagreement with MBI’s doctrine,”

“I was shocked about this attempt to hide the facts from the president, rather than address a significant concern about a faculty member’s disagreement with MBI’s doctrine,” Weber said.  “(Davidhizar) has a pattern of trying to be a nice guy, but doing it at the expense of the doctrinal statement of the institute.”

Days later, Weber expressed his concern to John Jelinek, vice president and dean of Moody Theological Seminary and Graduate school, and currently the interim provost. Jelinek shared Weber’s concern and said the matter should be reviewed by the Provost’s Cabinet.

Shortly after this discussion, President Nyquist issued a clarifying statement affirming MBI’s position that the entire human race descended from Adam and Eve – a view that clearly conflicted with the professor’s written views. Weber asked Davidhizar about the apparent conflict, and Davidhizar said the professor had changed his position and it now fit with MBI’s view.

Today, I am relatively confident that this professor is no longer teaching something contrary to MBI’s stated doctrine.  However, I am not confident that the administration will act appropriately when faced with a similar challenge.

Clearly, the faculty who care about doctrinal integrity face an uphill battle when they report theological drift at the institute.  What’s worse, as I reported in a previous article, professors often feel like the administration views them as “suspect” after bringing concerns, and some faculty have even been reprimanded for doing so.  Sadly, a number of the more than 30 professors being let go at the end of spring semester believe they were singled out for elimination because they spoke up. Godly leadership would welcome and thank those who defend right doctrine; unfortunately, the opposite appears to be happening right now at Moody. 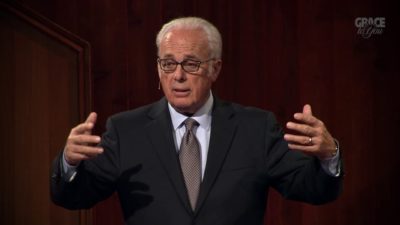 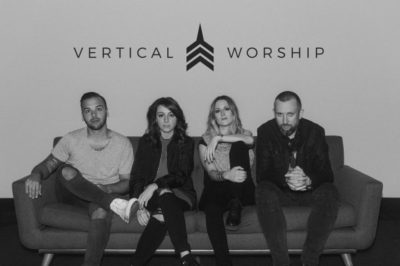 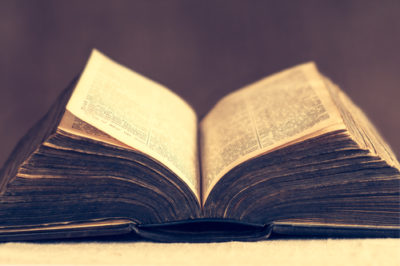 The Battle for Inerrancy at the Moody Bible Institute: A Recap

Do all the professors at the Moody Bible Institute (MBI) affirm biblical inerrancy? This question has been hotly debated ever since I reported